Over 135 miles from land sits a massive oil rig in the Gulf of Thailand.

Vitisak Payalaw was among hundreds of other workers dutifully toiling on the rig one day in April when he spotted something highly unusual in the water. Instead of the usual marine life one might expect to see in the middle of the ocean, Vitisak saw a brown dog shivering near the rig. 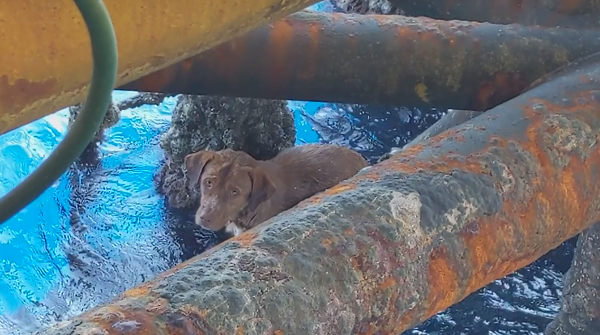 No one has any idea how the dog got so far from land, but the workers immediately set out on a rescue mission that united the entire crew. They first attempted to lower a pole to the dog to climb onto, but when he kept slipping off they tried a new tactic. With waves smashing against the side of the rig they knew they’d have to act fast to save the desperate animal.

“I thought that if we didn’t move quickly, I would not be able to help him,” Vitisak said. “If he lost his grip, it would be very difficult to help him.” 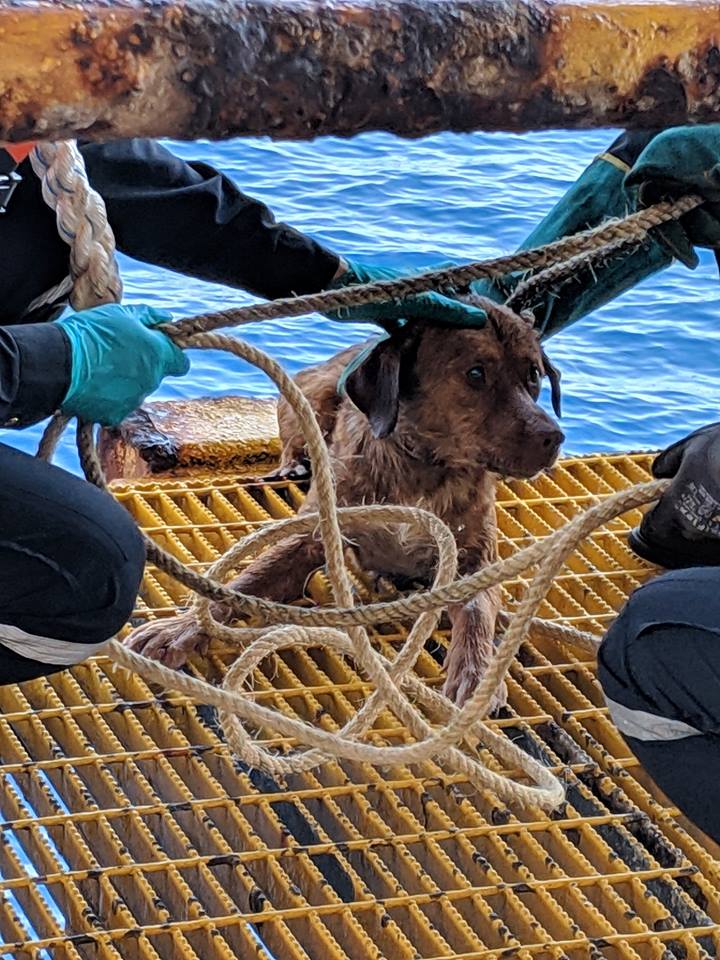 Workers were finally able to lasso the dog with rope and drag him out of the sea and onto the rig. The dog was too exhausted to struggle, but Vitisak says they could tell from the look in his eyes that he was grateful to his human helpers. 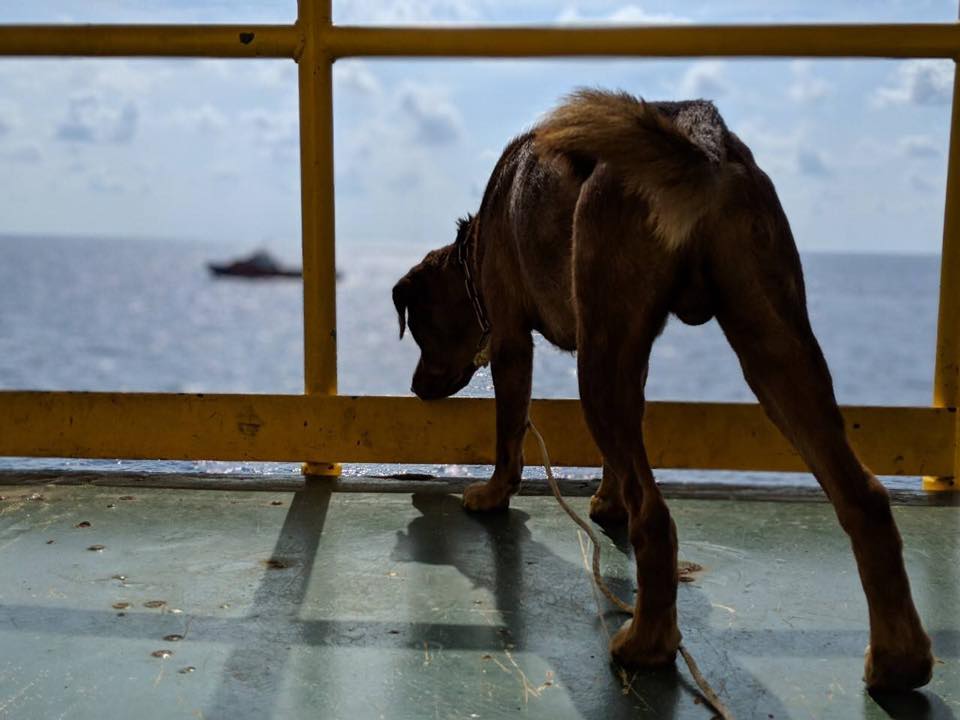 “His eyes were so sad. He just kept looking up just like he wanted to say, ‘please help me,'” he said. “At that moment, whoever saw this, they would just have to help.” 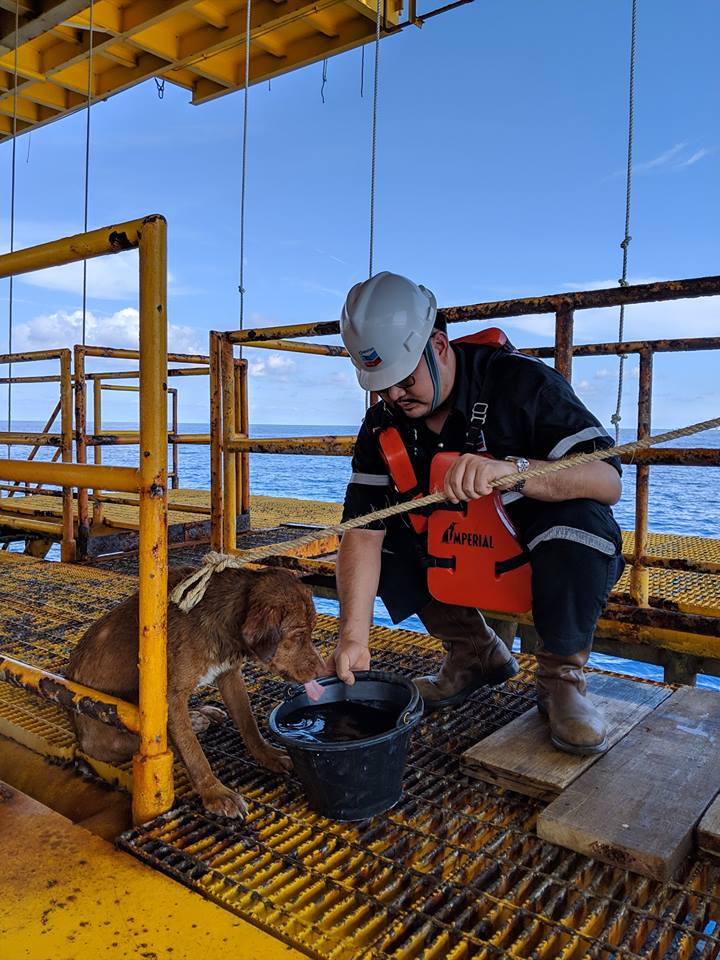 Once on the rig everyone pitched in to get the dog cleaned up and hydrated. He was given fresh water, food, a bath, and lots of tender hugs and pats. Soon the light began to come back into his eyes as he settled in to his new reality. Vitisak and his friends named the dog Boonrod, which means “survivor” in Thai. 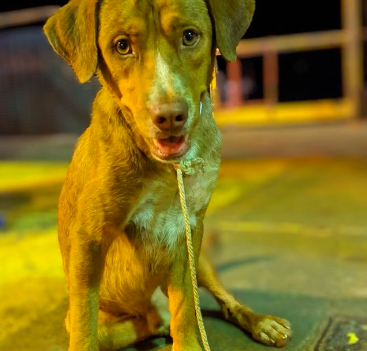 “He looked extremely exhausted and ran out of energy. He didn’t move much,” said Vitisak. “He was shaking and he couldn’t stand, he had to sit all the time.” 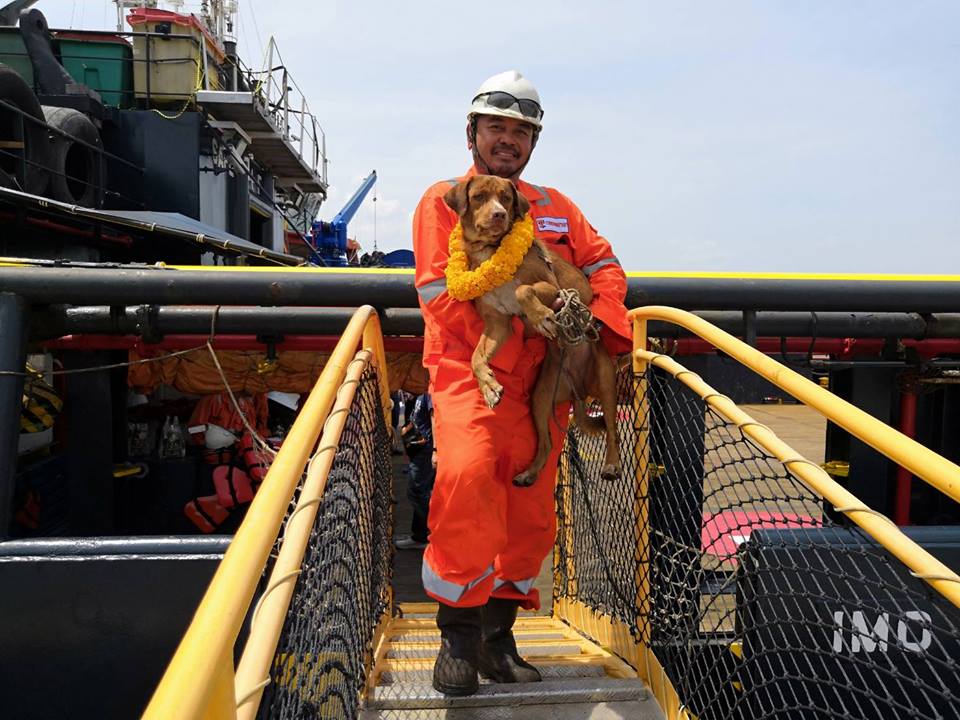 The crew began to hatch a plan to have the dog transported back to the mainland. First they erected a special cage with a blanket and water, then they had the cage lifted by crane onto a ship. Workers were sad to see Boonrod go, but an oil rig is no place for a dog to live! 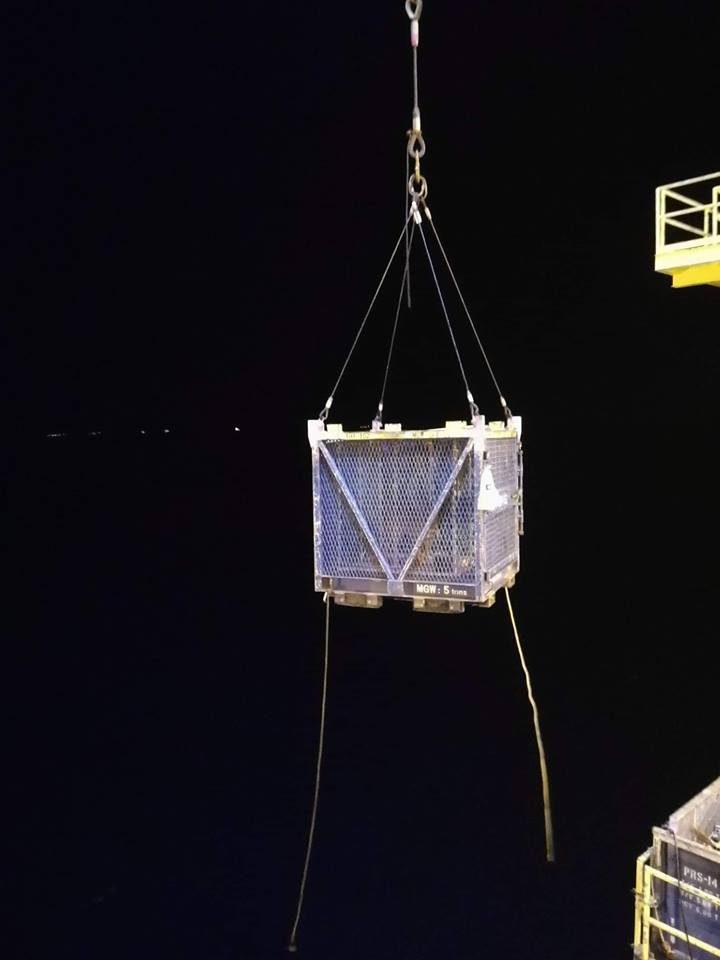 Boonrod turned out to be an aspin, a breed native to the Philippines. He was brought to Watchdog Thailand, a charity that helps rescue dogs from abuse and neglect. He was then taken to an animal clinic to be checked out by a veterinarian and recover from his traumatic ordeal. Vitisak says that if no one comes to reclaim Boonrod he hopes to adopt the dog himself. 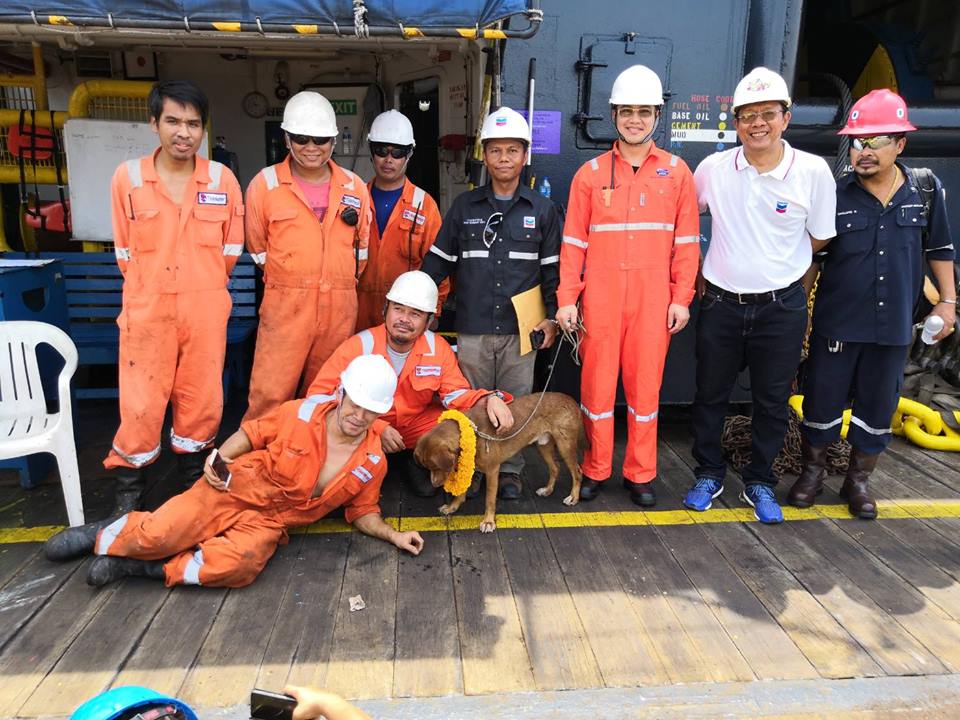 What a strange sight that must have been for the workers that day! It’s scary to think what would have happened if these workers hadn’t seen Boonrod in the water, but we’re relieved by how this story ended. Sometimes it seems that help appears in the most unlikely of places, just when we need it most.