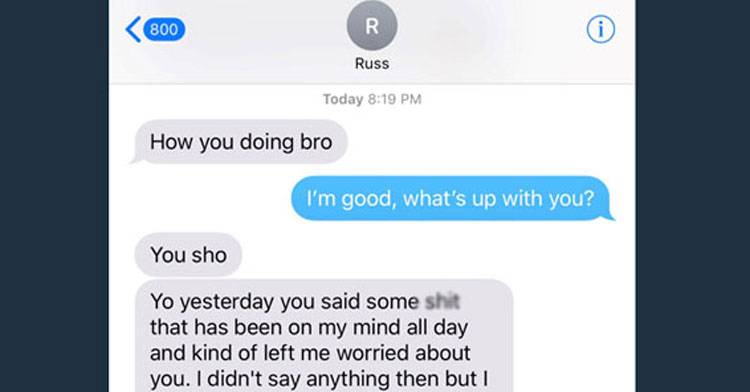 Here’s a sweet picture of what a true friend really looks like.

A Twitter user who goes by the name Donnie Darko posted the following photo of a text from his friend Russ with the caption, “I love my friends, man. I couldn’t ask for anything better. This legit made me tear up:” 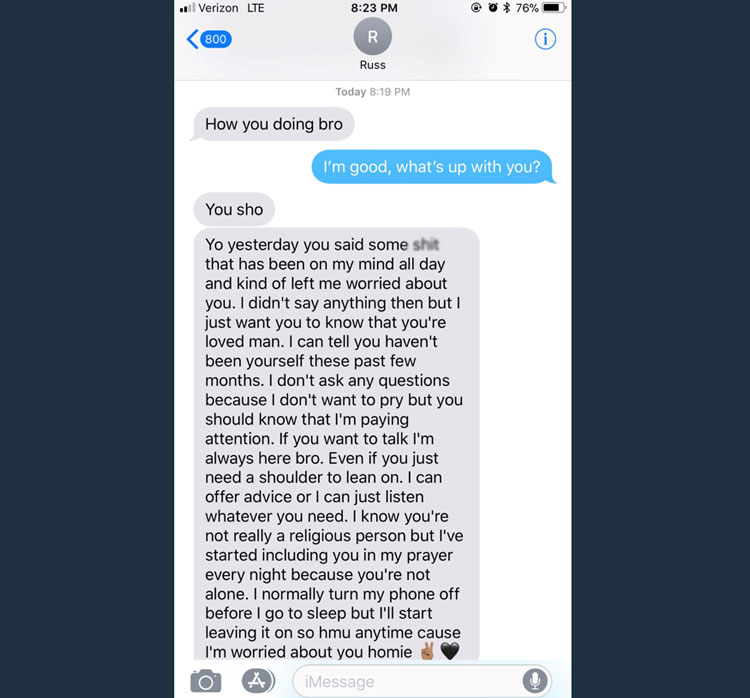 Apparently, Donnie had been going through a hard time and made a worrisome comment. Maybe he said it jokingly, but Russ didn’t brush it aside. Instead, he texted his friend with the exact words he needed to hear: “You’re loved, man.” Not only that, Russ made sure Donnie knew he was available to talk (or just listen) anytime. “I normally turn my phone off before I go to sleep, but I’ll start leaving it on, so [hit me up] anytime,” he texted.

As soon as Donnie shared the tweet, it took off, with people everywhere praising Russ for his words and actions.

“So lovely to see men supporting their male friends with their emotions and actually encouraging each other to talk,” wrote one Twitter user in reply. “You got a good friend there, and by sharing his text you’ve shown thousands of people that it’s okay for men to talk like this to their friends.”

Another simply replied: “Your friend single?”

We can’t blame her for asking!