Some people don’t believe hypnotism is real, but the video below might change a few minds.

As the players on the University of Texas football team prepare for the season ahead their coaches have a few surprises to make training camp just a little bit more fun. Team managers hired professional hypnotist Jonathan Yeager to bring his brand of humor to the players. 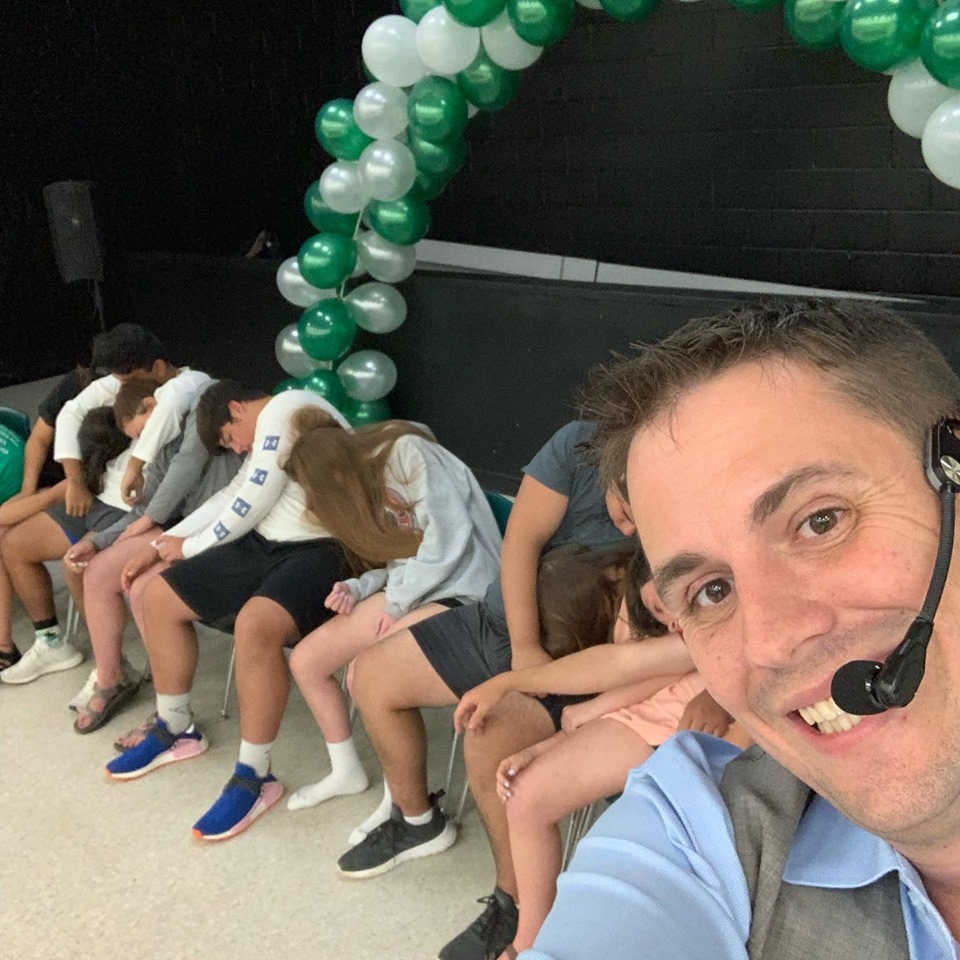 Jonathan travels the country putting on shows. One part of his act that never fails to make audiences laugh is when he manages to put people to “sleep” with just one small verbal cue. He began with the Longhorns by selecting a handful of players to be his Guinea pigs, then immediately put them all to sleep. 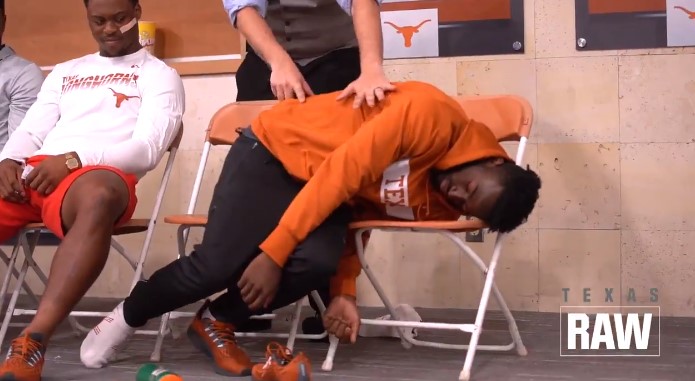 The players’ teammates in the audience could not believe their eyes as each player dropped into a seemingly deep sleep right before their eyes. There is no warning whatsoever ⁠— one moment they’re alert and talking, the next minute they’re zonked out. It’s incredible to see these burly, independent men becoming so susceptible to the power of suggestion! 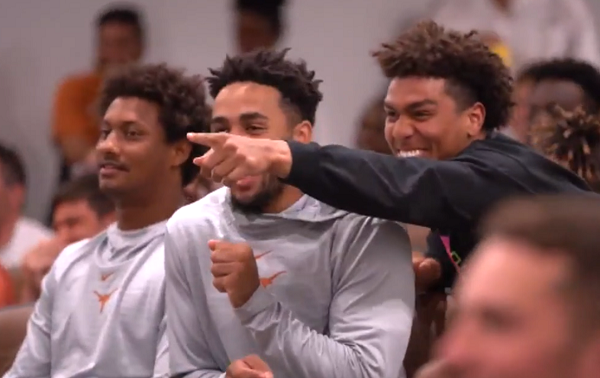 Later, Jonathan tells the players that they’re driving a car and they all obediently hold out their arms to grip an invisible steering wheel. When fictitious blue lights and sirens start blaring behind them the look on some of their faces is priceless! Best yet, after Jonathan asks one player why he was speeding he has the perfect answer: “I got practice.” 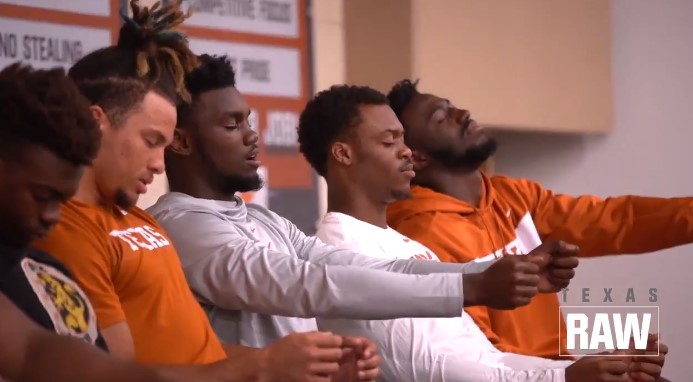 There are so many good laughs in this video that it’s little mystery why it went viral the instant it was uploaded to the official Texas Football Twitter page. The players’ reactions alone are worth every single “like,” but add in the zany antics of each hypnotized teammate and it’s pure gold. We don’t know about you, but Jonathan and the Longhorns have convinced us that hypnotism is 100% real!

Watch the players getting hypnotized below, and don’t forget to share with someone who could use a good laugh.