Randall Harris wasn’t sure he’d ever see his beloved dog, Peanut, again after she went missing on the night of March 17.

The Chihuahua had been right in front of Randall’s home in Hamilton Township, New Jersey, when she disappeared. “I heard a car speed away but never saw it and next I knew Peanut was gone,” Randall said. Not knowing whether someone had taken her or she’d wandered away, he started to panic. 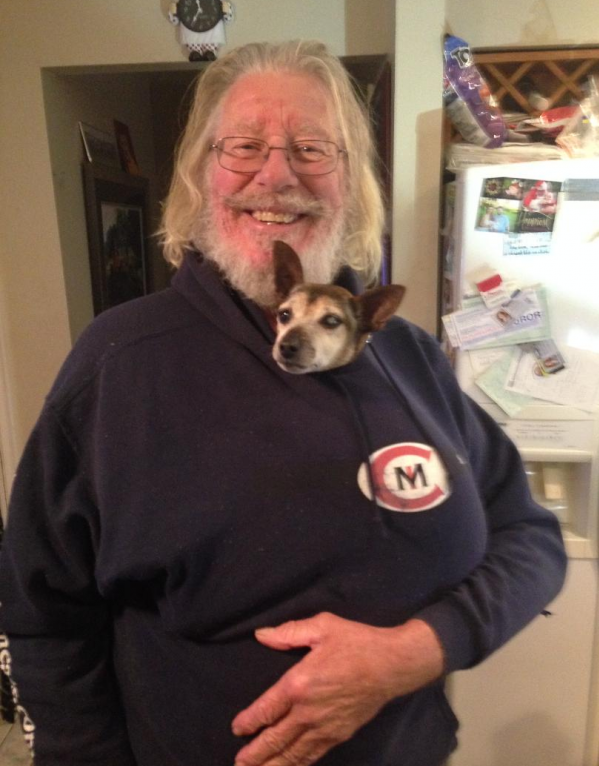 Peanut is 16 years old, blind in one eye, and has hearing loss, so you can imagine Randall’s ever-increasing worry. He rescued her when she was just a puppy after finding her tied up and abandoned at a construction site. Desperate to find her, he spent days combing through the area with his neighbors. He also spread the word through a local Facebook page for lost pets, hoping someone might recognize the dog. But Peanut didn’t turn up. 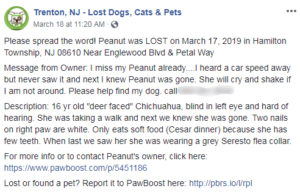 That is, until Randall’s neighbor, Anthony Malagrino, heard troubling sounds a few days later. According to the 15-year-old’s cousin, Jennifer Hornreich, he “heard some desperate cries coming from a sewage drain” while walking home from school. He was sure he was hearing a dog, so he pulled the sewer cover off and jumped in. There, he found a cold and terrified Peanut, whom he quickly pulled out. 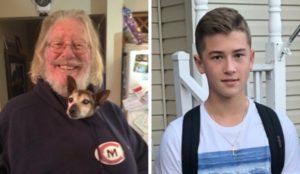 As it turns out, Peanut had fallen into a drain in front of her house the night she vanished. When Anthony found her, she was hypothermic and had lost a few pounds. A very relieved Randall rushed her to a veterinarian, who told him Peanut had been close to death and would have died if not for the teen’s heroic actions.

Fortunately, Peanut is on her way to recovery. Randall is so grateful to have her back that he sent Anthony a sweet thank-you card along with some cash as a reward. 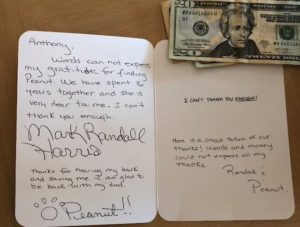 “Words can not express my gratitude for finding Peanut. We have spent 16 years together and she is very dear to me. I can’t thank you enough,” it reads. Randall also added a note on Peanut’s behalf, writing, “Thanks for having my ‘bark’ and saving me. I am glad to be back with my dad.”

What’s more, the heroic teen was even given a Proclamation by the town mayor for his part in saving a life. 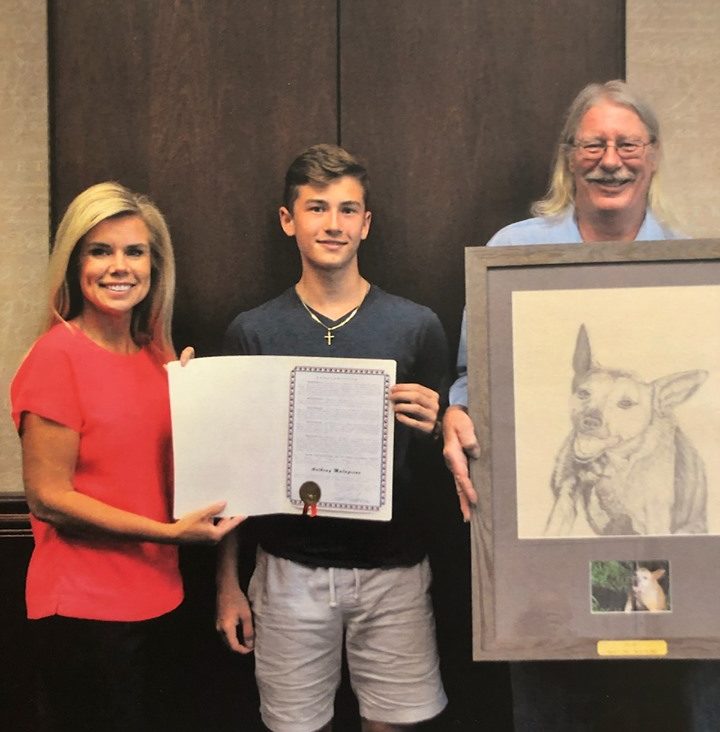 Talk about being in the right place at the right time! Anthony deserves all the praise in the world for saving a man’s best friend. Share this story to spread thanks for what he did.