Imagine you’re 19-years-old, going to college (presumably with some kind of student loan), and you’re not exactly rolling in cash. Then, you happen upon stacks of cash – $135,000 worth to be exact. What would you do (or at least be tempted to do)?

That’s exactly what happened to 19-year-old José Nuñez Romaniz when he pulled up to a Wells Fargo ATM in his hometown. 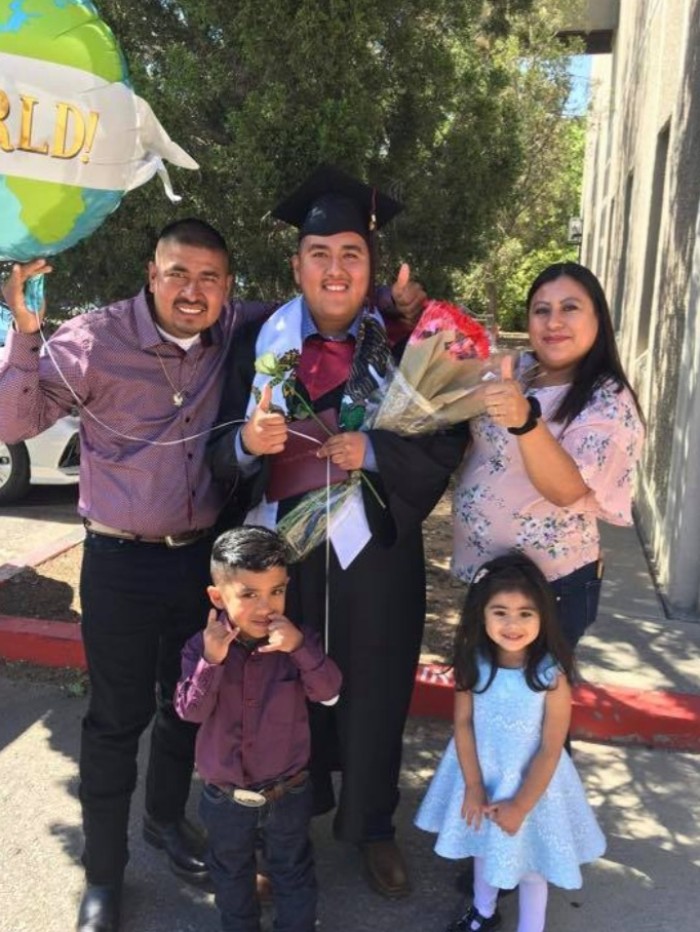 Jose was stopping by the ATM to deposit some cash to cover the cost of an online purchase of socks for his grandpa when he looked down and saw a plastic bag filled with money. He told CNN that when he noticed it, “I didn’t know what to do. I was, like, dreaming.” Dream or not, he knew it wasn’t his cash to keep.

It was a Sunday so he couldn’t walk the bag into the bank, so he called the police to report the money. The officers came, took the bag, and thanked Jose for doing the right thing. When they got back to the station, the cash totaled $135,000, and had apparently been mistakenly left by a vendor who refills ATMs’ cash supply.

Police were already amazed at Jose’s honesty in the first place, but when they realized just how much money he had turned in, they were blown away. A spokesperson for the police department told CNN, “This money could have made an incredible amount of difference in his life if he went down the other path, but he chose … the integrity path and did the right thing.”

Police officers, the Mayor, and residents wanted to publicly acknowledge and thank Jose for his honesty and integrity. He was presented with a plaque from the police department and the Mayor and local businesses gifted him with monetary donations, gift cards, and even season tickets for the University of New Mexico’s football team as a way to thank him. 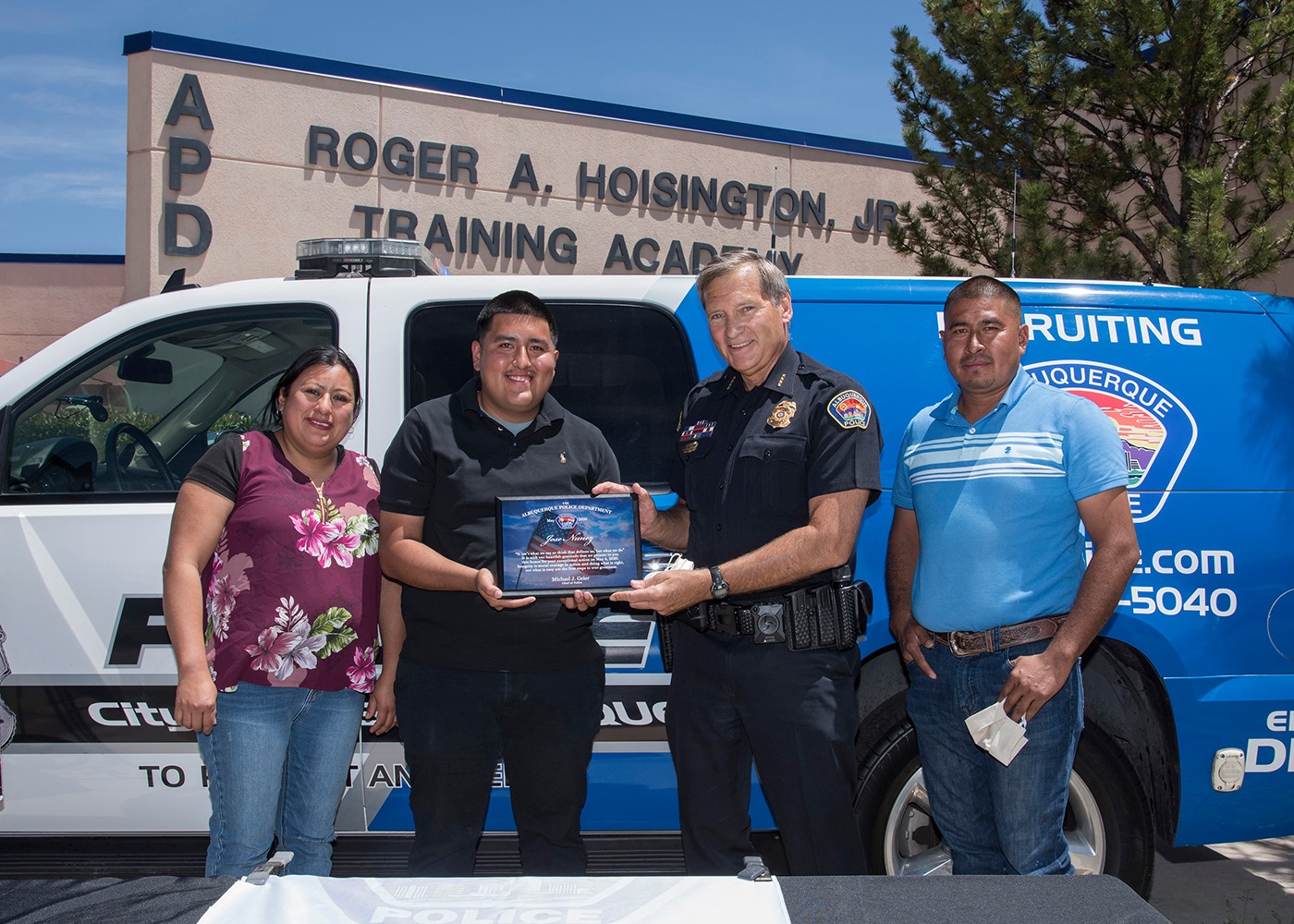 Jose is currently enrolled in college and wants to pursue a degree in criminal justice, and his integrity helped him get that much closer to his career because the police chief has invited him “to apply for a job as a public service aide at the police department,” according to CNN. 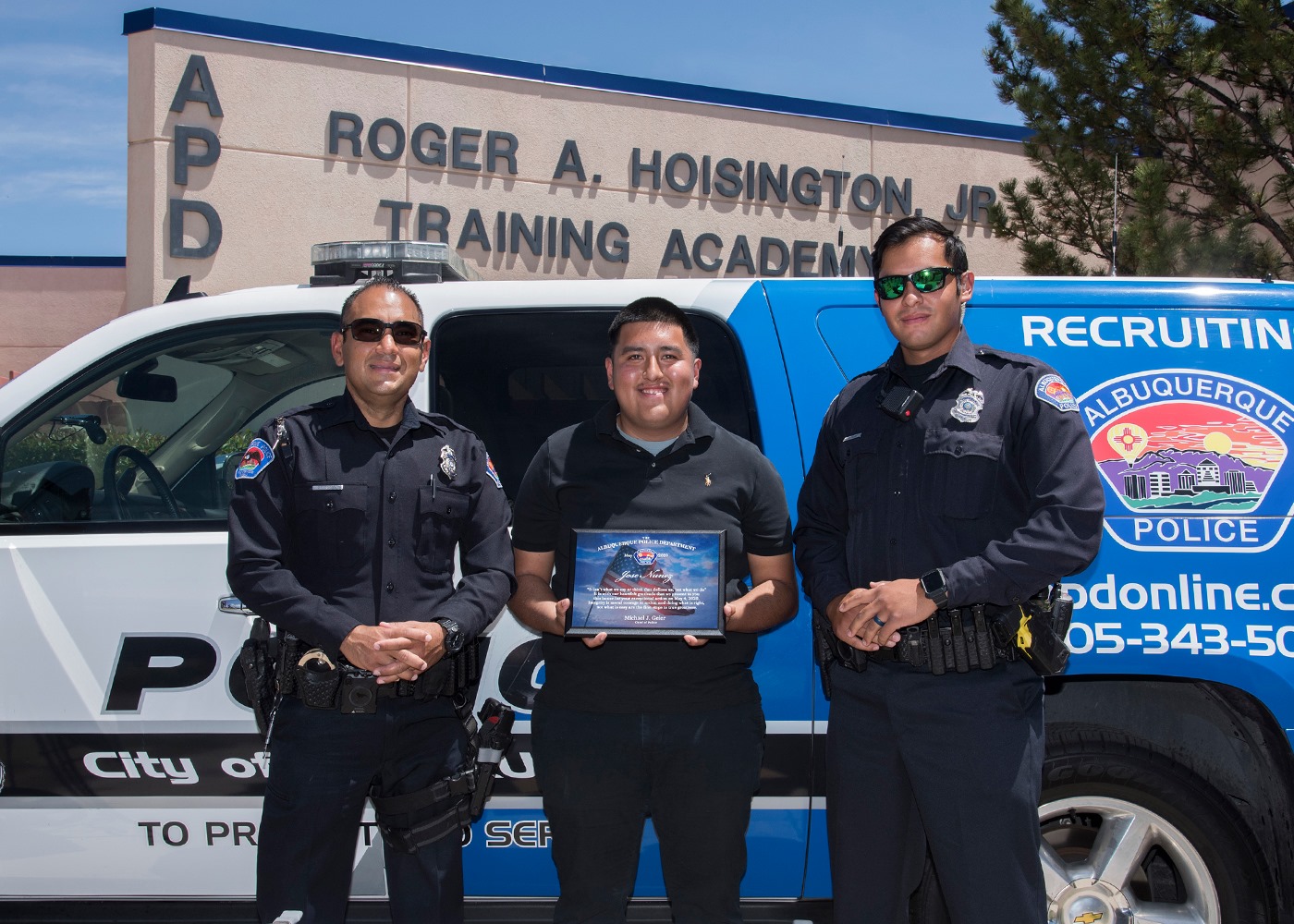 Despite all of the attention he’s getting, Jose says the thought of keeping the money never crossed his mind. He told a local news station, “In the back of my head, I was just thinking about my parents, especially my mom.” He definitely did right by her, because when the police officers went to Jose’s home to sing his praises after the event, he said his mom “almost started crying” with pride. And, who could blame her?!

Love this story as much as we do? Share it with your friends!