There is no shortage of reasons to love Dwayne “The Rock” Johnson.

The wrestler-turned-actor has been a perennial favorite on screen, churning out hits as both an action star and a comedic actor. Most importantly, Dwayne has never forgotten his fans, often reaching out to them personally to share his life — both the victories and the struggles.

But now we love him even more after watching him go the extra mile to make a self-professed “superfan” happy. 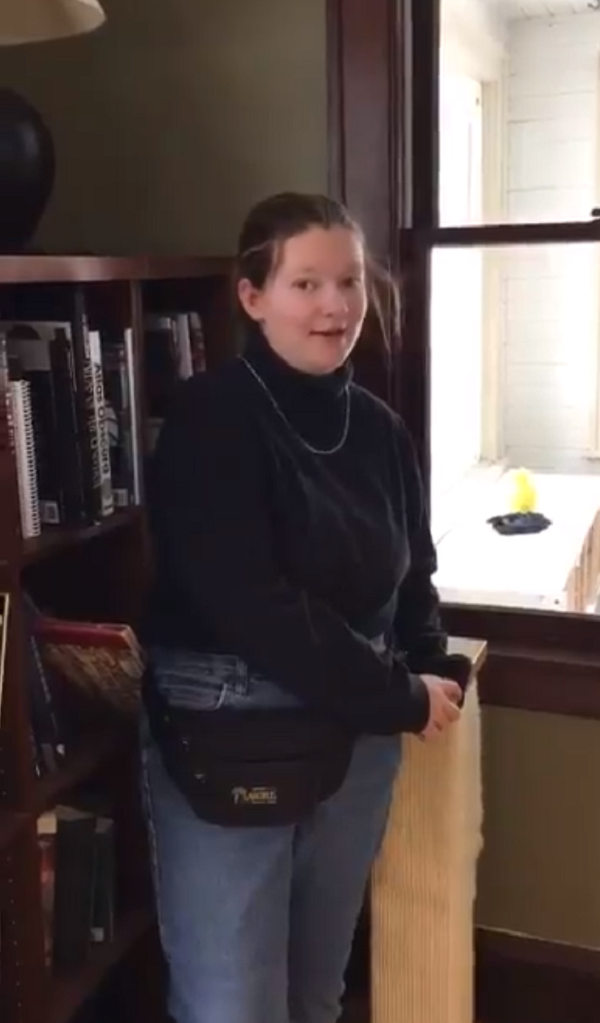 This is Katie Kelzenberg, a senior at Stillwater Area High School in Oak Park Heights, Minnesota. In a video posted on Twitter, Katie dressed up in her favorite Halloween costume, an outfit famously worn by The Rock about twenty-some years ago. 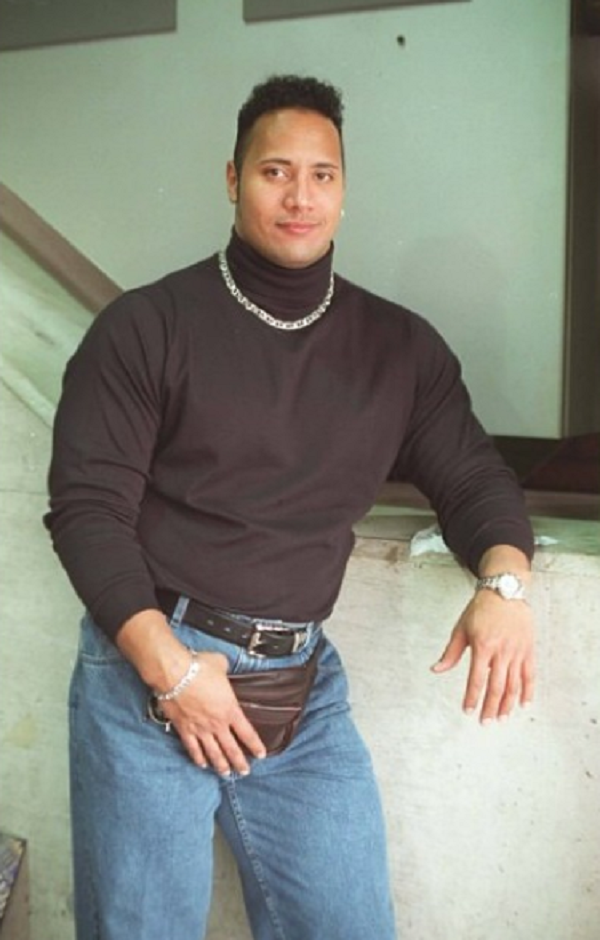 “Will you go to the prom with me?” Katie gushes.

Katie most likely didn’t even expect a response, but she still put herself out there! Little did she know, Dwayne not only saw her video, but he took immediate steps to make sure Katie knew she was appreciated. 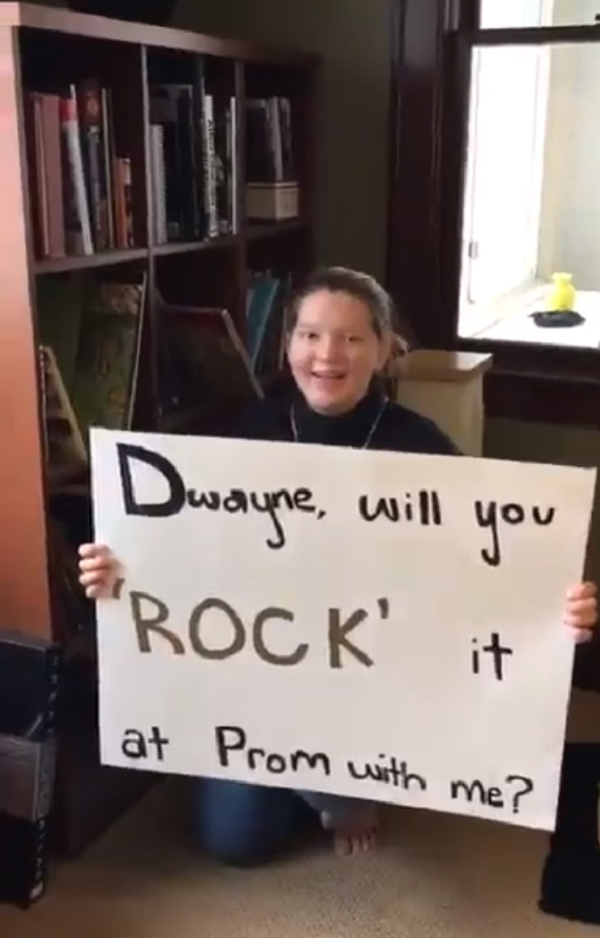 A few days after Katie made her video plea on Twitter, she was sitting in her classroom listening to the morning announcements when she heard a familiar voice.

You can see the realization slowly dawning on her face as Dwayne “The Rock” Johnson’s famous voice drifts out of the school’s PA system. When it finally hits her that this is real, she is beside herself with excitement! 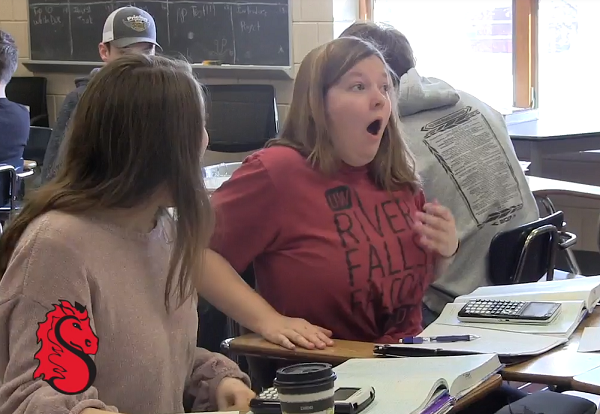 “You’re probably thinking ‘what is The Rock doing on our intercom system?’ Well, I’m sending a message to a very special young lady and her name is Miss Katie Kelzenberg. Now Katie I’m sure that you are so embarrassed right now but I just had to let you now I appreciate how cool and awesome you are for inviting me to your prom.” 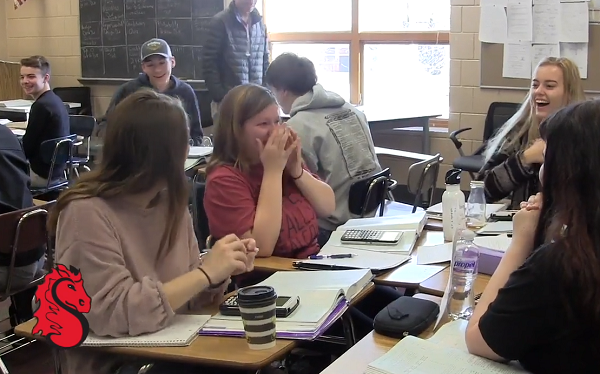 As Katie’s awestruck friends listen in disbelief, Dwayne explained that he is unable to accept her invitation because he’s shooting a new movie in Hawaii. To cushion the blow, he decided to treat her and 231 of her friends and family to a special screening of his movie, “Rampage,” at their local movie theater.

“Since we’re now best friends and I have so much love for you because you’re so awesome, as a very special gift, I have rented out a theater tomorrow,” Dwayne explains. And yes, when he called her his best friend, Katie was almost in tears! 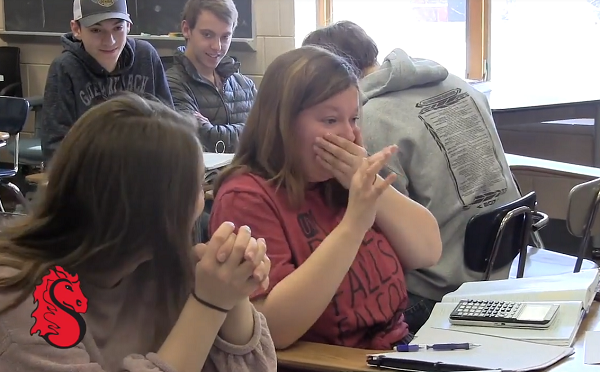 Dwayne also promised “all the popcorn, candy, and soda you can drink, it’s all on me.” Sounds like a great time!

After declaring himself an honorary “pony,” the school mascot, he nudges one of the school’s “chivalrous gentlemen” to ask Katie to the prom, instead.  Or, “you just go with your girlfriends and have a blast,” he adds before signing off.

As if broadcasting their new best friend status to her entire school wasn’t cool enough, Dwayne then took to his own Facebook page to tell Katie how much it meant to him that she had the courage to ask him to prom. 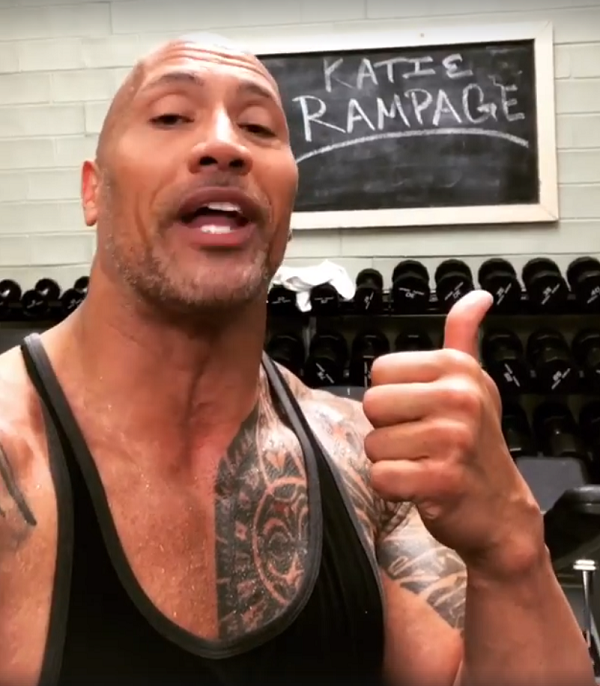 “You made my gym wall, right there. When you make the gym wall, you know you’re special, and you’re cool,” Dwayne says in his video. “I love you for being an awesome fan.”

We love you, too, Dwayne. What a wonderful way to let a fan know that they’re important to him. Enjoy the movie, Katie — we know you will!

Watch Katie’s excellent reaction in the video below, and don’t forget to share with your favorite fan of Dwayne “The Rock” Johnson!

Stillwater Area High School senior Katie Kelzenberg had quite the surprise this morning. She received a special message from actor Dwayne The Rock Johnson. Last week, Katie asked Johnson to prom on Twitter. Today he sent a special message via the morning announcements at school. Unfortunately, he wasn’t able to accept her invite because he is shooting a movie in Hawaii. Instead, he rented out an entire theater for Katie and her friends, along with students from SAHS, to watch his latest movie Rampage. #PonyPride