Leonie McCarthy of Lincoln, England, has dreamed of the day her daughter would take her first steps, but walking seemed out of reach for 10-year-old Tarli Staines.

Tarli was born prematurely at just 3 pounds, 7 ounces. Because she suffered from oxygen deprivation, she spent weeks in the neonatal intensive care unit before going home. But as months went by, her family realized she wasn’t hitting important milestones like crawling and sitting up. 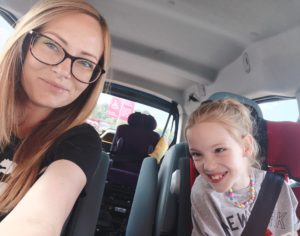 Just before Tarli turned 1, she was diagnosed with spastic quadriplegia, the most severe form of spastic cerebral palsy. The condition makes it very difficult to control arm and leg movements, and doctors said she would probably never walk or talk.

It didn’t take long for her to prove them wrong! At 3 she was speaking, and at 4 she was crawling. “She’s the most positive, driven little girl I’ve ever met,” her mom told Metro. “She has gone above and beyond what anybody said she could do.”

But that doesn’t mean it’s been easy. She’s endured four major hip surgeries, and it breaks her mom’s heart to imagine the pain she’s experienced — and all the things she may never be able to do. 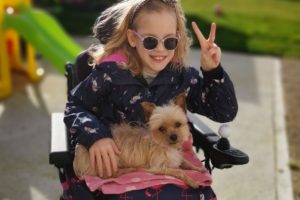 In November, Leonie went online to share a dream she had one night. In it, her daughter was able to walk around the house with ease, and Leonie was left feeling hurt, angry, and guilty. Then she wondered how Tarli would feel if she had the same dream.

Little did she know, her post would change her daughter’s life.

Supportive comments started flooding in, and her relatives set up a GoFundMe to raise money for a special brace. While Tarli could already take a few steps when someone held her full weight, this device would allow her to walk by herself! 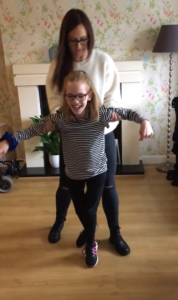 Just 48 hours later, they’d reached their goal and were able to purchase the brace. The following day, a representative came to help Tarli try it on. Minutes later, she was standing on her own! 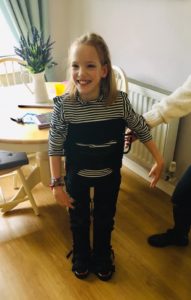 Then, with a little precautionary help, she was able to put one foot in front of the other — all the way to another room! 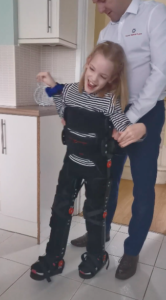 “Tarli’s smile can probably tell you all,” Leonie wrote on Facebook. “She stayed in it for well over an hour and a half, stood at the table singing “Frozen,” walked through to the kitchen and stood at the sink and washed her hands! She’s blown me away with her strength and determination!” 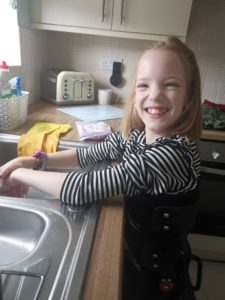 And the wonder wasn’t over! Luke Staines, Tarli’s dad, came over to see his little one standing with her brothers for the first time and took a photo of “pretty much the happiest moment of Tarli’s life so far.” Leonie gave the sweet image context:

I stood looking at her, and with my heart absolutely melting, I said, ‘I’m so proud of you. You are so beautiful!’ And she sobbed her little heart out… pure tears of joy, excitement, and being so totally overwhelmed. 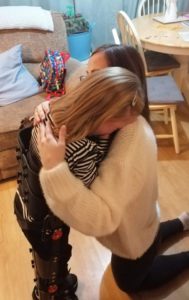 No one knows how much Tarli will progress now that she has a brace, but if her life is any indication, she’ll continue to defy every limitation people place on her! Thank you to everyone in the Lincoln community and beyond for making this family’s wildest dreams become a reality.

Watch Tarli take her first steps in the video below, and be sure to share this inspiring story.