Not many teenagers can say they have a friend as thoughtful as Tanner Wilson.

The high school student from Normal, Arkansas, may be young, but he possesses a kind and generous spirit beyond his years. Just ask his friend, Brandon Qualls, whose life just got way easier thanks to Tanner’s amazing gift. 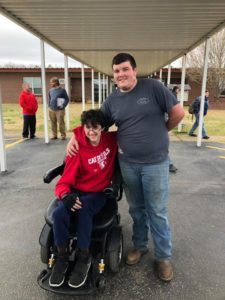 Brandon is a senior at Caddo Hills High School, where he’s spent years using a manual wheelchair to get to class. He’s made it work until now, but says it hasn’t been easy getting around. “My arms would get really tired and I would have to stop and take rests,” he said. 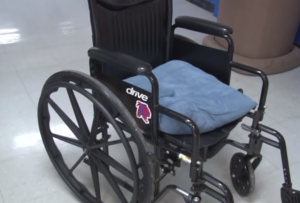 Brandon’s struggles haven’t gone unnoticed, especially by Tanner. In fact, the latter has been working a part-time job for two years to help his friend out. Tanner saved up every last cent he earned so he could buy Brandon his own electric wheelchair. That moment finally came in late February, when he presented Brandon with the life-changing surprise during class. 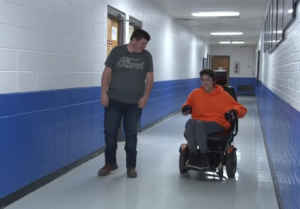 “They came in and my face just blew up…crying everywhere…just like ‘Wow, can’t believe he did that for me!'” Brandon said, adding it’s been his dream to own an electric wheelchair. Now he won’t ever have to worry about his arms tiring out again. 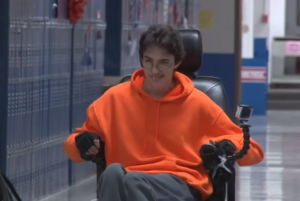 “He’s just been a really good friend and I wanted to do him a favor,” Tanner humbly explained. “I just felt like I needed to do it and I wanted to do it.” He says he’s been searching for the perfect chair for about a year, and finally found this one for sale on Facebook. 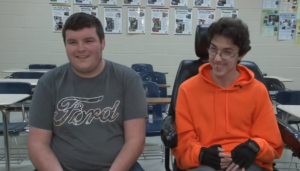 Brandon’s teacher even helped him deck the chair out with custom flame decals, telling him he’ll be “buzzing down these halls in no time!” Not only will it make him more mobile, but it will always remind him of the wonderful person he calls his friend. 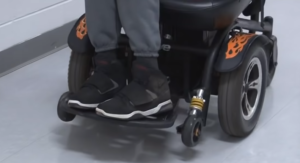 What Tanner did for a buddy in need tells us all we need to know about his character. He worked so hard — and for so long — all to benefit someone else. And he says he’d do it again in a heartbeat.

Learn more about Tanner’s incredibly selfless gesture in the video below, and share to inspire other good deeds.