A police department in Taiwan has launched its first-ever junior police academy, but the inaugural members are an unruly and rambunctious bunch and will definitely keep staff on their toes for quite a while.

The K-9 Anti Bomb and Drug unit of the New Taipei Police Department unveiled their newest recruits in a Facebook post, not anticipating the kind of reaction it would get. But seriously, how can you not react to six month-old Labrador Retrievers?

The post and photos are, inevitably, melting hearts far and wide. 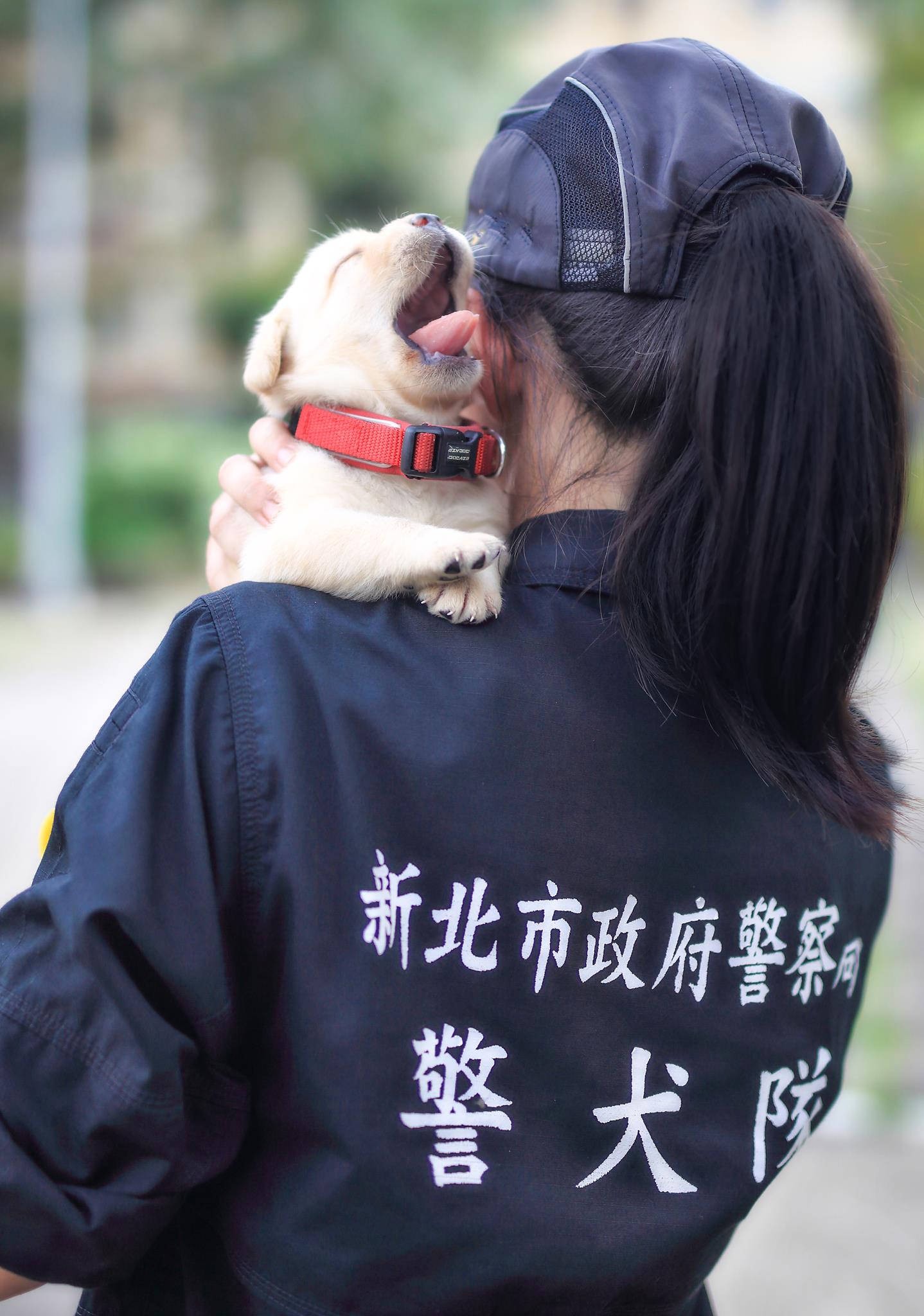 “So cute I’m going to explode,” wrote one person. 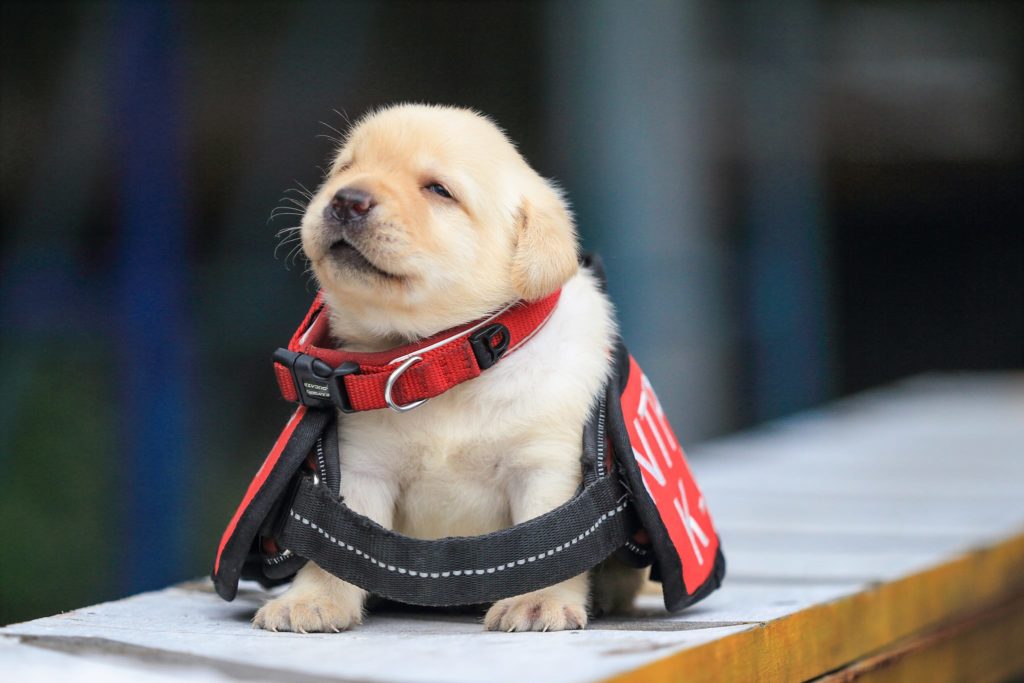 “What’s that? You’re too busy to bathe the puppies? You are working so hard, I… I… I… I can help! *raises hand*,” enthused another. 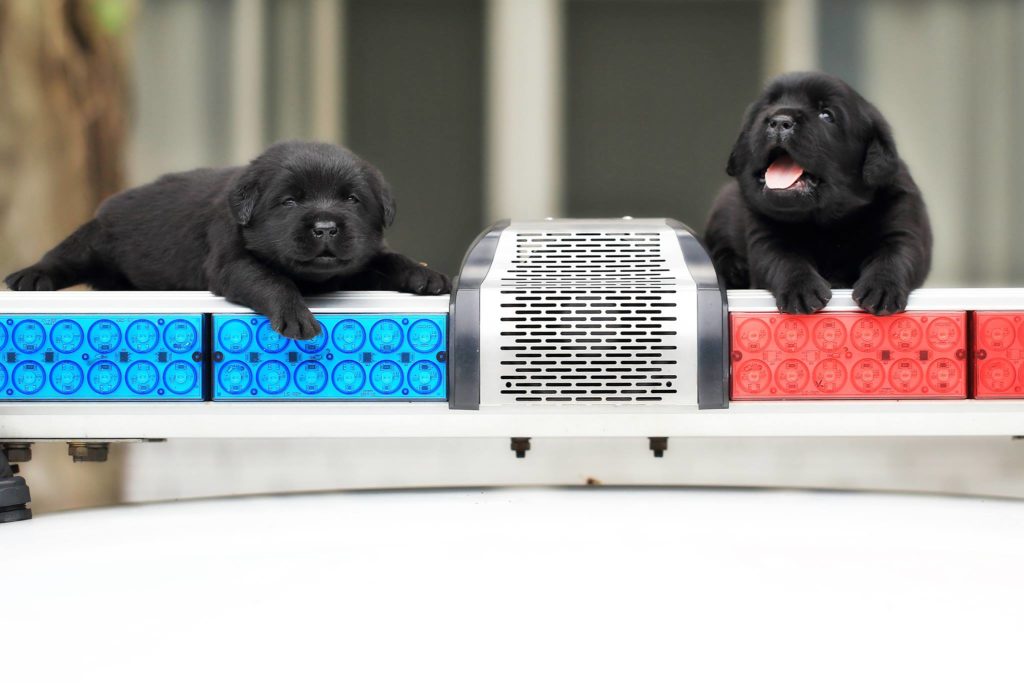 The pups – Fushin, Schumann, Feida, Yige, AJ and Liang – are the progeny of mother Yellow and father Leader, who also serve as detection dogs. World-renown for their sense of smell, Labradors instinctively trace and follow scents and are among the top breeds bred specifically to become “sniffers.” 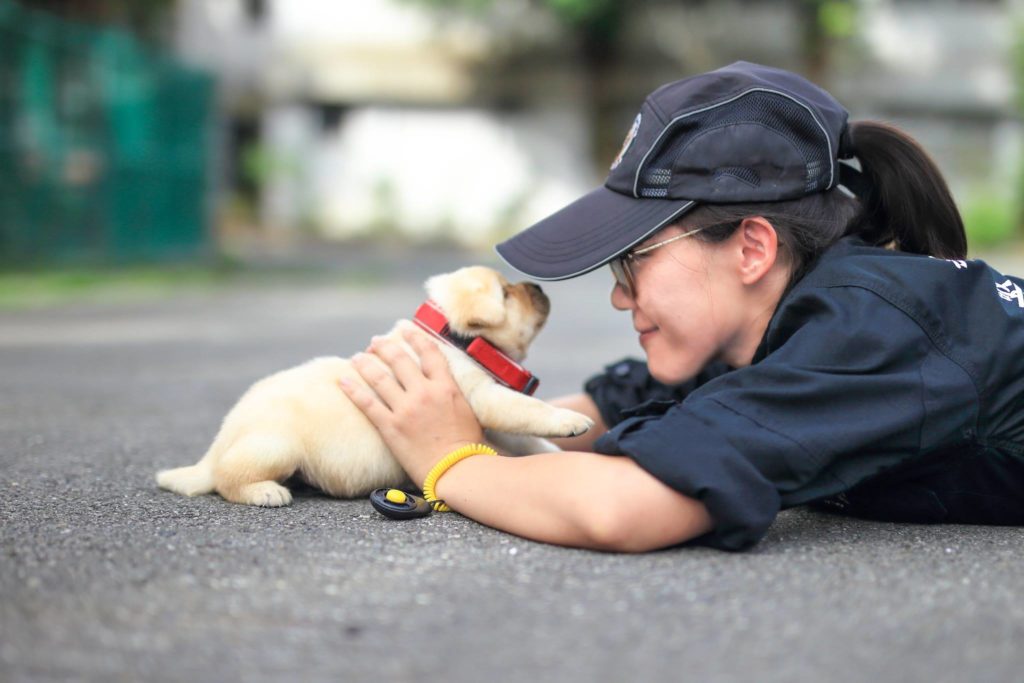 These puppies are obviously still getting their bearings in this new world and have a lot to learn from Mom and Dad while tussling with each other during playtime. 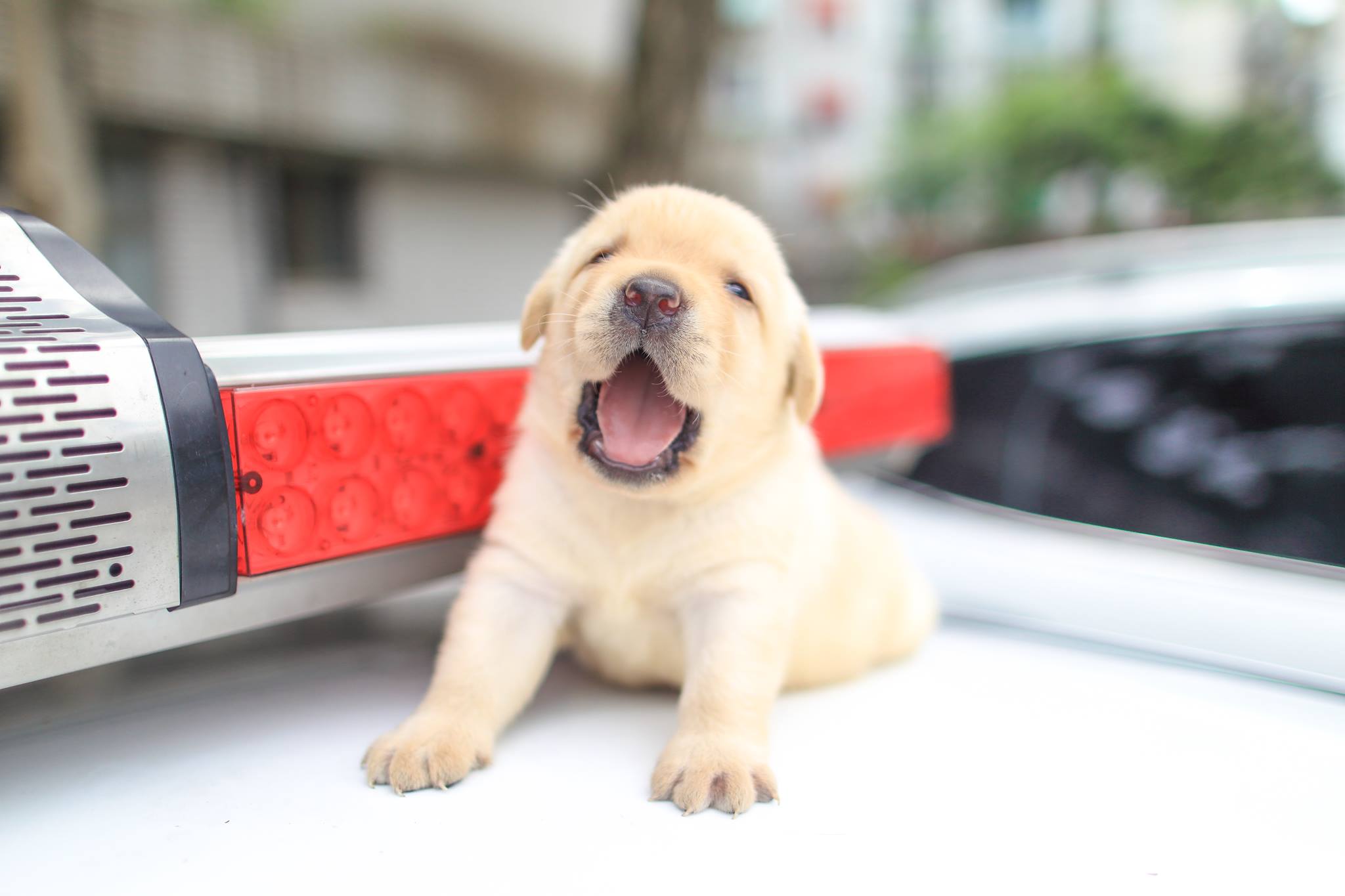 But department staff have already noticed Fushin – the litter’s only cream-colored pup – has the strongest personality, so he’ll undergo training to become a blood-detection dog. 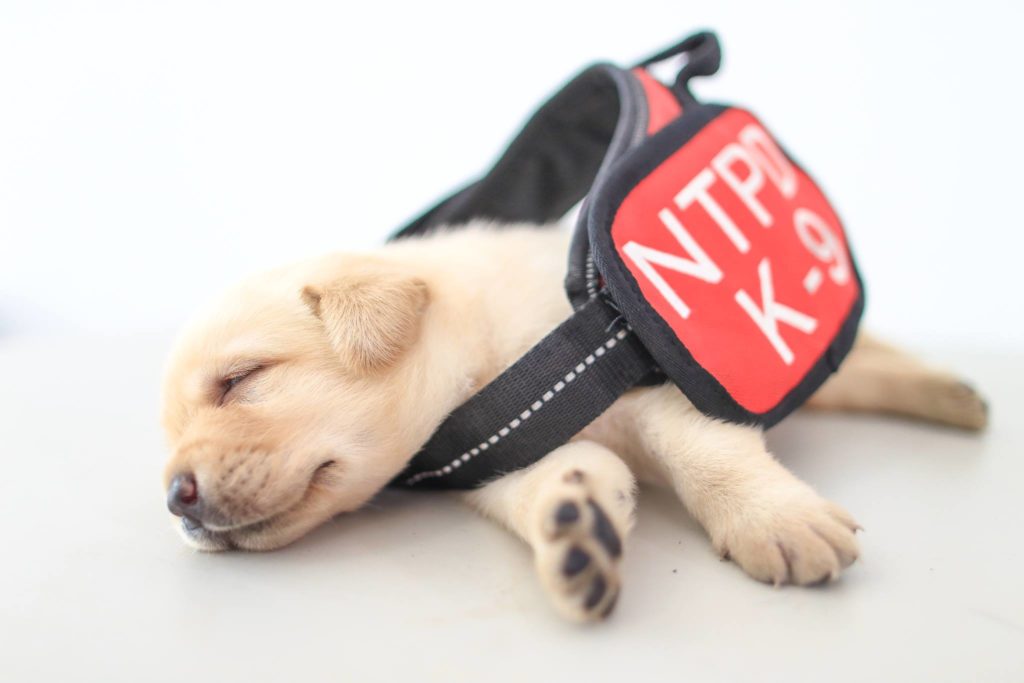 “Fushin is very special,” said Pan Tian-long, the K-9 unit’s captain. “He is the naughtiest and the bossiest.”