Empathy is an emotion that drives human behavior, not just in relation to each other, but also to animals. Every so often, people encounter a helpless animal who obviously needs help. They don’t always choose to step in.

Yet for these Swedish skaters, there was no alternative — and their amazing moose rescue was captured on video! 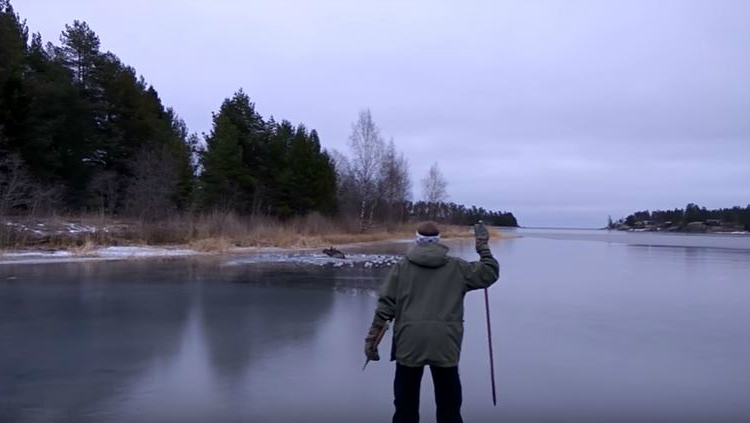 At the beginning of the video (the captions are in English), the skaters slowly approach a moose that fell through the ice. The person filming cautions the skater in front of him about weak ice patches– a reminder of just how dangerous this rescue really is.

Starting at a safe distance, the skaters chop at the ice. The idea initially seems to be to weaken it for the moose to then break. 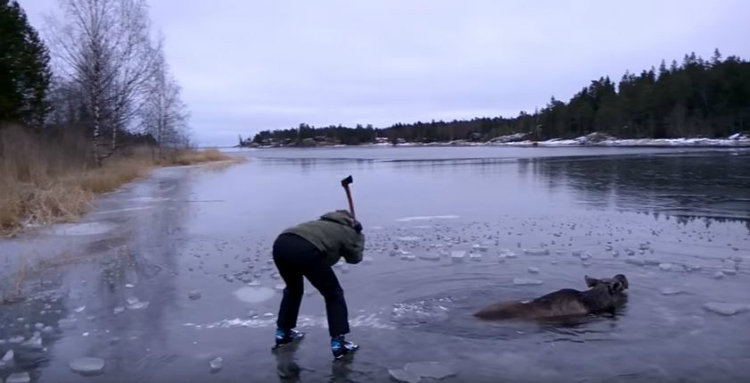 However, there was just one problem: the moose had tired itself out. Not only that, but the longer it stayed in the freezing waters, the greater the risk of drowning or succumbing to hypothermia.

Because of its condition, the skaters decided to instead carefully create a path to freedom for the moose. 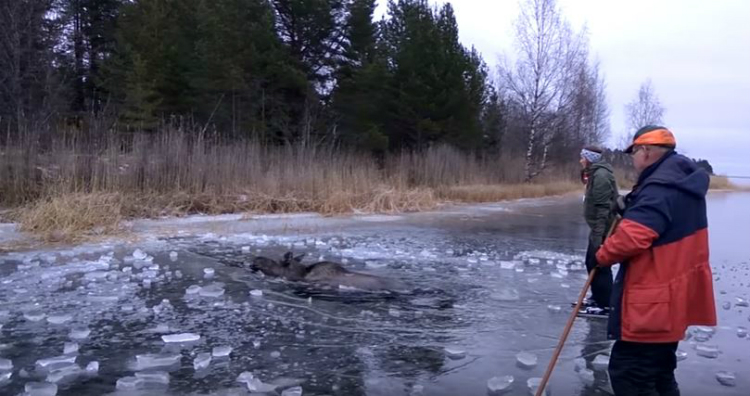 It took some cajoling, but the tired moose finally reached the edge of the ice.

After a few slippery steps, the animal found its bearings and successfully escaped. It even seemed to linger for a few moments before walking into the brush … almost as if it were thanking its rescuers. 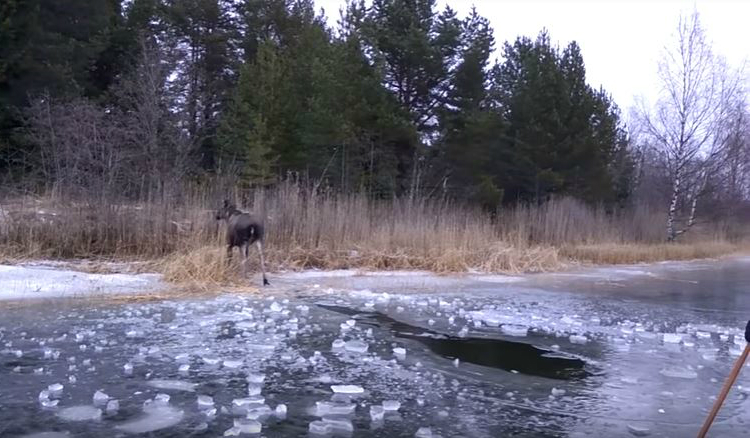 The heart-stopping footage was uploaded to YouTube by Viktor Johannessen in February 2017 and has since earned 1.9 million viewed. You can check out the amazing clip below.

If you love daring animal rescues, don’t forget to share this story!