Nobody wants to wake up to an intruder in their house. That said, most trespassers aren’t as adorable as Suzy Pupman.

At first, Jack Jokinen was on high alert when his wife Emily shook him awake. Then he was confused. Emily told him she’d just gone downstairs to find a pacifier for their infant daughter. What she came across instead was a puppy that had seemingly appeared out of nowhere in their Philadelphia home. 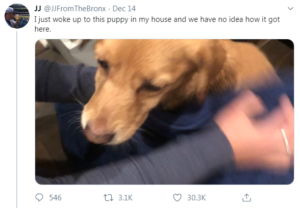 Neither Jack nor Emily could figure out how she got in.

“The front door was locked, the back door was locked, windows closed, everything. There was kind of this mystery puppy, in our house, and we had no idea how it got here,” Jack later told TODAY.

But it all made sense when Jack checked his security footage. He’d taken his dog, Jorge Pawsada (nicknamed George), for a walk earlier that night. When they returned home, he shut the door behind them — but it didn’t latch, and a storm blew it open. A little after 3 a.m., a stray limped up the stairs and let herself in. 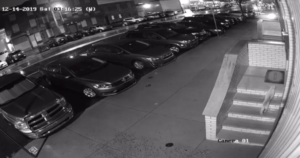 Then, as if by an act of fate, a passerby noticed the door was ajar. He called out to make sure everything was okay. Nobody answered, so he thoughtfully closed the door for them, sealing the puppy in. Jack later found the man through social media and learned his name is Steve. 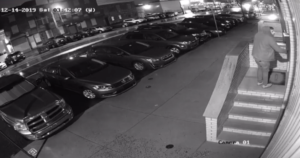 The Jokinens called animal control, but ultimately decided they didn’t want to surrender her just yet. She clearly needed their help. They took her to the vet instead, where they realized the “puppy” was actually around 9 years old! She was emaciated, covered in fleas and ticks, and had a paw infection as well as some dental issues. The doctor didn’t find a chip. 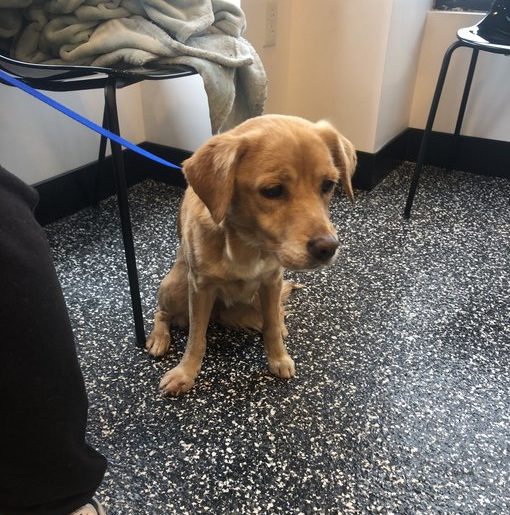 While it was a lot to take in, Jack and Emily both agreed they’d be the ones to nurse the senior dog back to health. They named her Suzy.

“We decided that of all the bad things that could happen by leaving your door open in the middle of winter in a major city, to end up with a sweet dog, who has come off the street … We have to at least give this a try,” Jack told The Dodo. 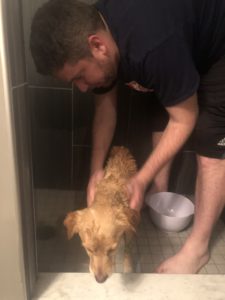 Up to that point, Jack had documented everything on Twitter. People following the story insisted on sending donations toward Suzy’s medical care. So he obliged and directed them to his Venmo account, where he received an incredible $15,000 in less than 48 hours!

As Suzy recovered, Jack and Emily fell more and more in love with her. They knew she was right where she belonged: with them. 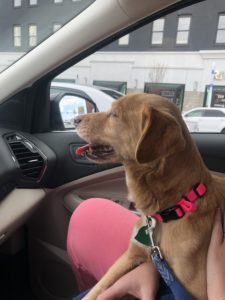 Even George welcomed his new sister with open paws! 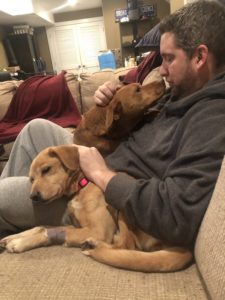 Everyone agreed; the door not latching, Suzy wandering by, the Good Samaritan looking out for his neighbors — all of it happened for a reason. Suzy needed a home. And she found it with the Jokinens.

We’re so happy Suzy has finally found her place in the world. Thanks to luck and a lot of generous people, Suzy won’t be cold and alone on the streets this Christmas. She’ll be curled up in her warm, cozy bed… right next to her forever family.

“We’re able to do all this in a big part thanks to the generosity of the internet,” Jack said. “In a way, this isn’t our dog — it’s the internet’s dog.” 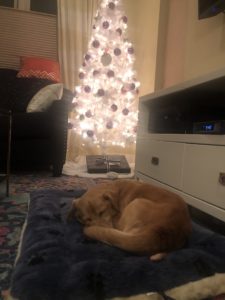 In This Hilarious Case Of Mistaken Identity, A Woman Finds Her Pup’s Dog-pelganger.

When Tia Belton opened her apartment door and saw her dog on the couch, she wondered if she was seeing things. She'd pulled into the driveway just minutes earlier and...