Sometimes in life, we put our dreams and ambitions on a back burner. Life gets busy, and it’s all too easy to forget about the creative endeavors that were once so important in our youth.

One grandmother from Mountain Home, Arkansas got the surprise of her life when a creative work she’d made thirty years ago came back to her in a truly beautiful way. Her son Robert Smith shared the story of how he and his son, Travis Ryan Smith, visited his mother for Christmas one year and brought along a momento from her past that has the potential to change the lives of their entire family. 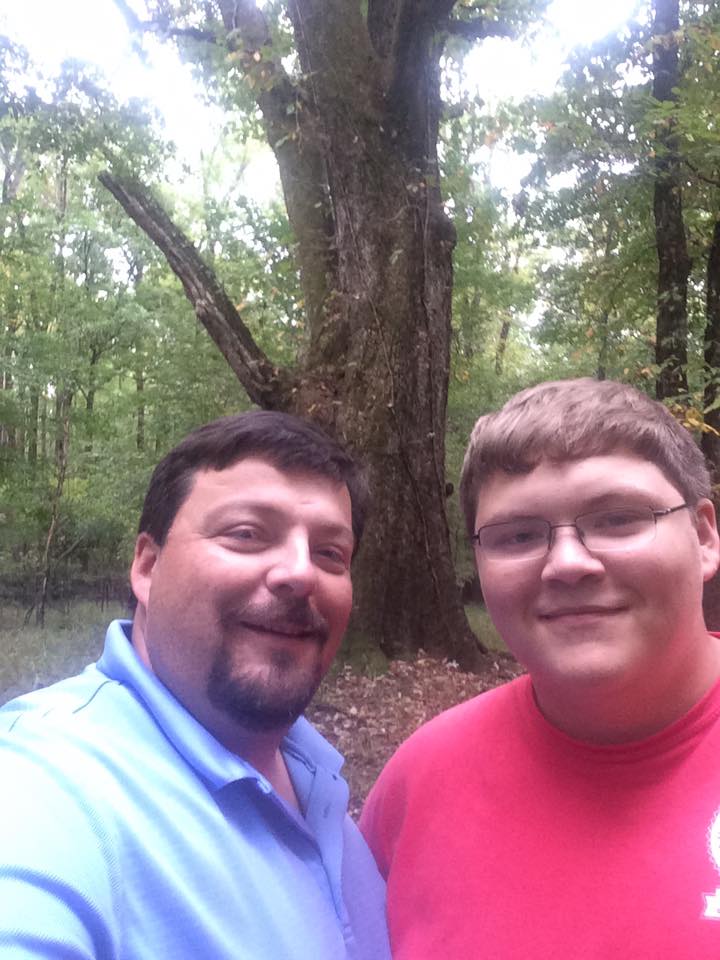 Robert explained that Travis has been playing around with recording music. He writes his own songs and sings them in a deep, mellow baritone that suits the country western genre to perfection. He’s clearly a very talented young man, so his dad approached him with a unique idea. 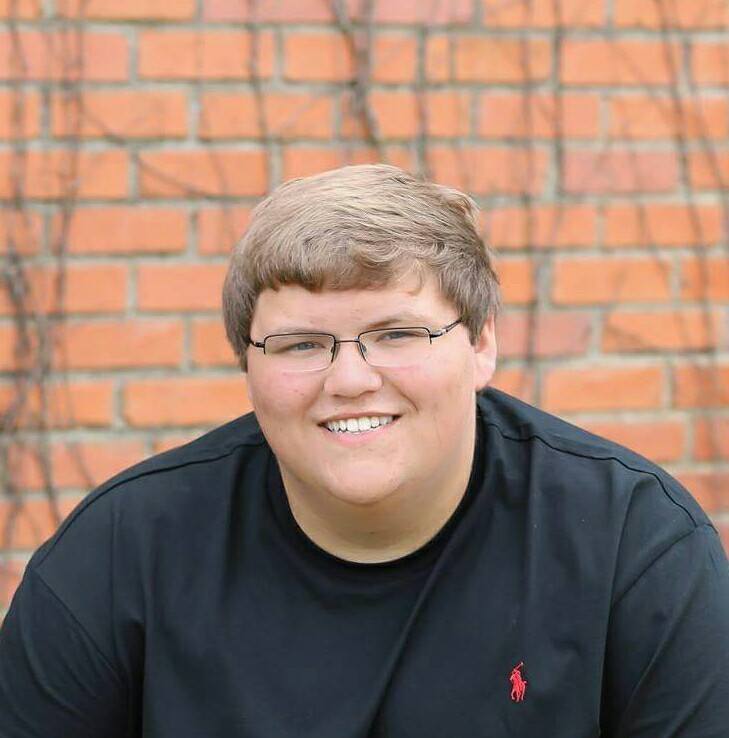 “My mom wrote this song: ‘Fishing in the Sky’ about 30 years ago and recorded it on a cassette tape. Last year when Travis and I were up here for Christmas, we listened to it. Travis has been recording some music lately; and about three weeks ago, I pitched the idea to Travis to get the lyrics and look into recording it. Today, I had the pleasure of sharing the finished product with my mom. Her reaction is priceless.” 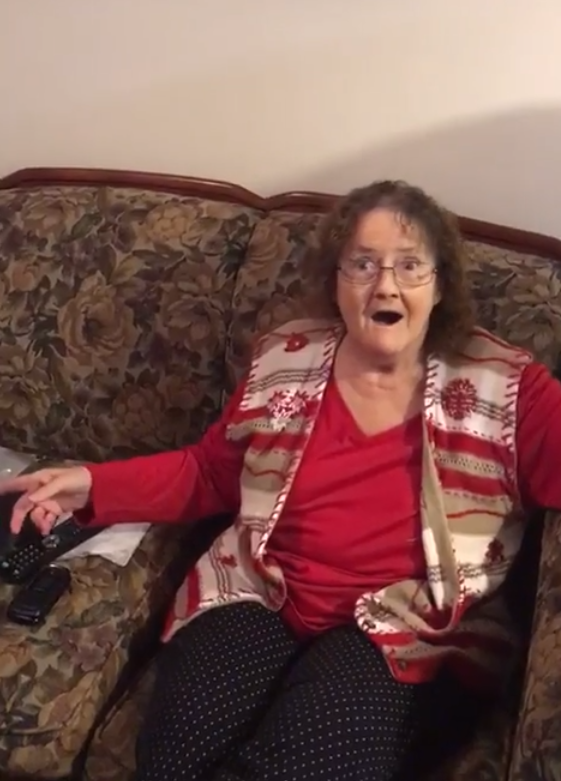 As soon as grandma heard the first few notes of the song, she recognized it. Her face lit up with joy and surprise as she realized that her grandson was singing the song she herself had written all those years ago.

Moments later, she broke down in tears. 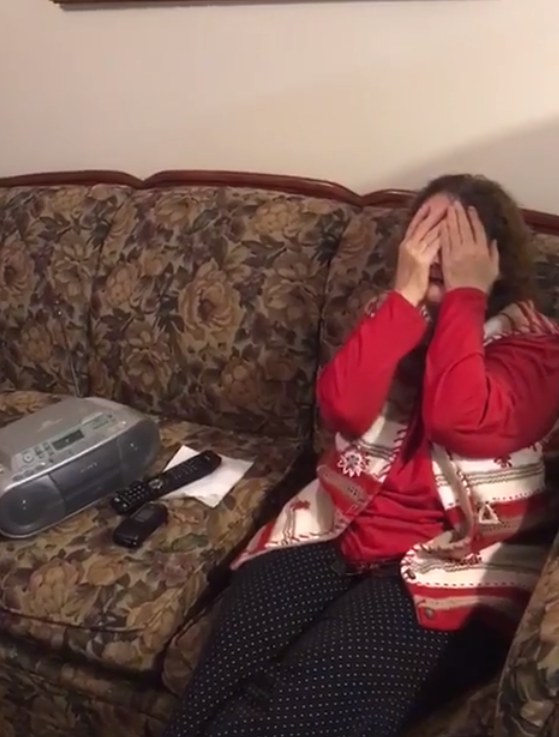 Whether you enjoy country music or not, there’s no denying that this is a fantastic song, and Travis’s voice is really impressive.

It wasn’t long after Robert shared the video online that people were saying that Travis should get a record deal right away. The song is good enough that it could be played on the radio today! 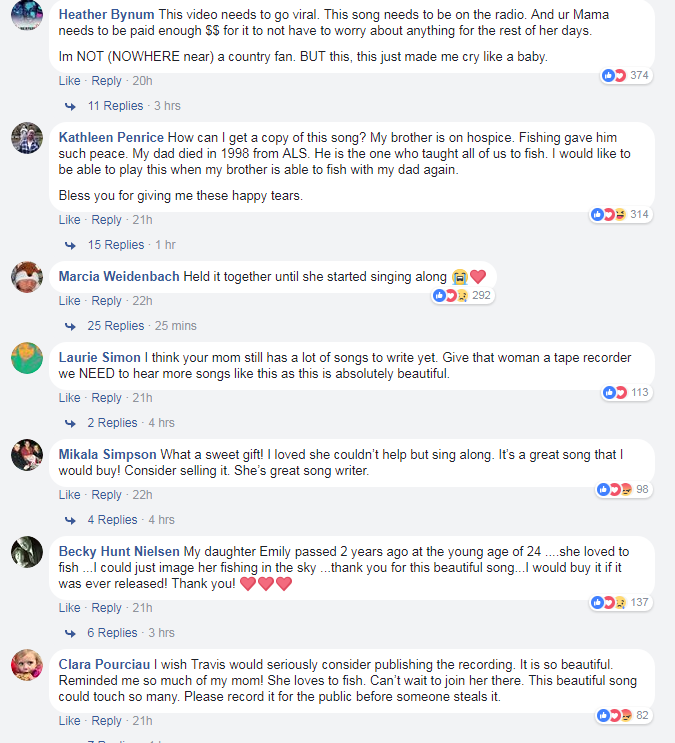 Travis accepted the praise with grace, writing on his own Facebook page:

“My grandmother wrote a Hit and all she needed was someone too put some vocals to it! I’m so glad this song helps people all around.”

It just goes to show you that it’s never too late to rediscover your talents! Let’s hope this incredible gift inspires Travis’s grandmother to start writing songs again. Together, they could be unstoppable!

Listen to the song below, and enjoy grandma’s heartwarming reaction to hearing her lyrics all those years later. You can also listen to his recording on here.