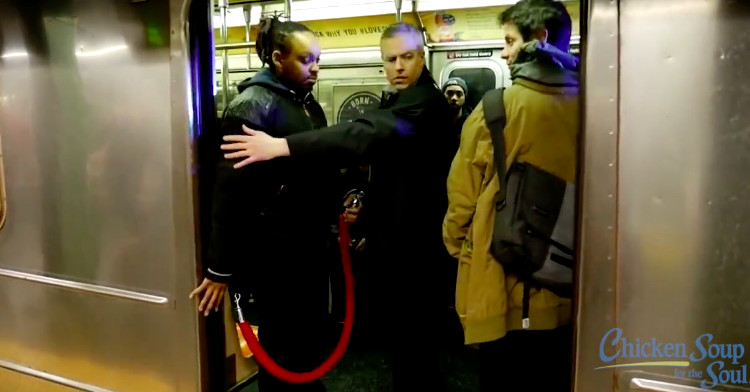 When you’re trying to decide which car to clamber into on a subway, it can seem like a game of roulette.

Most cars have pretty much the same experience: a bunch of bored, tired, or cranky commuters keeping to themselves. But pick the right car and you’re in for the ride of your life. The latter happened for a few lucky commuters when they walked into an otherwise normal train car. 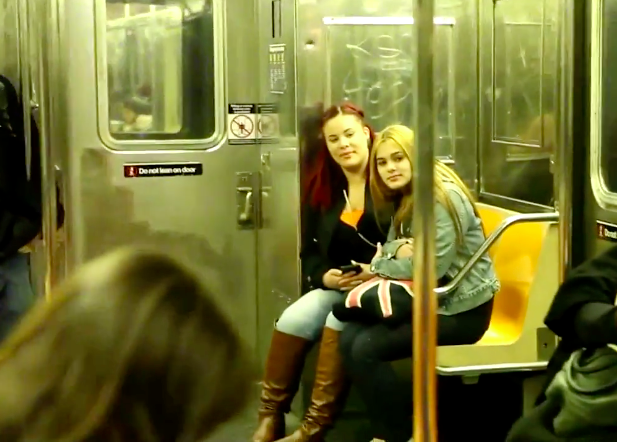 Hoping to shine “a bright light on everyday people selflessly sharing their positive attitudes towards society and life,” last July, CBS’s Dream Team organized an escape from the monotony of commuting.

At first, train riders watched curiously as musicians set up laptops, lights, and a velvet red rope — right on the NYC subway! 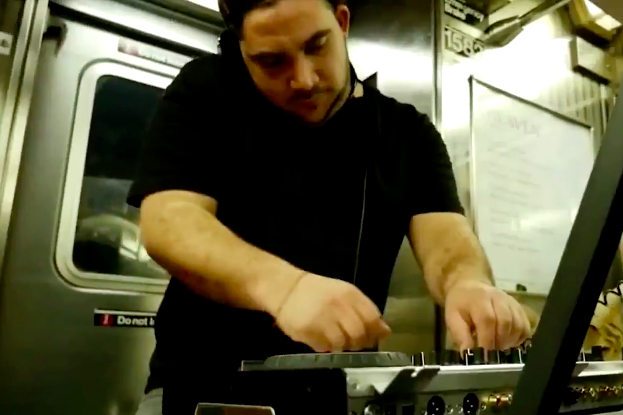 Naturally, most of them were pretty confused. 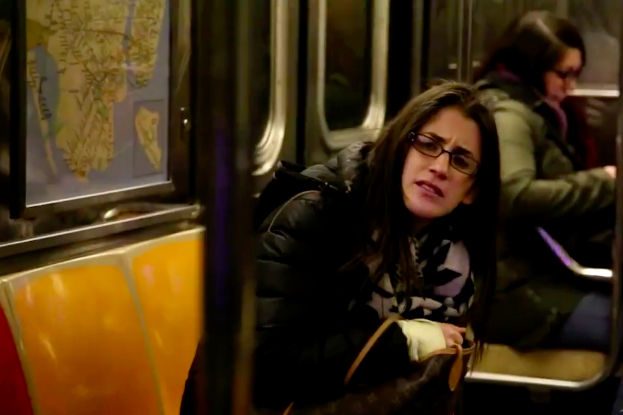 But after just a few minutes and an announcement that they were starting a dance party, people got really into it.

Commuters young and old, dressed in sweatpants and dress pants got up and started grooving to the music.

It just goes to show that we’re not all that different… and that there’s no better way to start or finish your work day than with a good dance-off.

Watch the commuters get into it, glow sticks and all, in the video below. Remember to share to inspire more people to cut loose, break out of their daily routines, and have some random fun!