When Harry Shabazian ran the Los Angeles Marathon with some of his students in 1987, he had no idea they’d be making an impact on generations to come.

Over three decades later, the program they inspired has helped thousands of at-risk students turn their lives around! 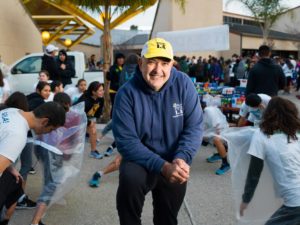 Harry and some other teachers spent the next two years helping students train for the marathon before they were approached by Roberta Weintraub, head of the Los Angeles Board of Education.

Stunned by the changes in participating teens’ behavior and attitude, she and her deputy Marsha Charney asked if they wanted to make the after-school program available in the Los Angeles Unified School District.

With that, Students Run LA was born! The nonprofit teaches kids responsibility through running and is available in 185 public schools for free. Since it was founded 31 years ago, 70,000 kids between the ages of 12 and 18 have completed the marathon — and gone on to lead successful lives! 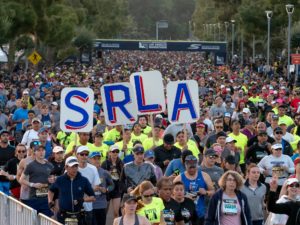 For many students, it’s the first time they’ve worked toward — and accomplished — a goal. Whether they’re preparing for 5Ks or testing their endurance in the marathon, the program keeps them miles away from the gang violence and academic struggles that lead many others to drop out.

“From the beginning, 99 percent of the kids who started the marathon finished,” Marsha told Podium Runner. “The same percent graduate, and over 95 percent have plans to go to college. Those statistics spoke pretty loudly.” 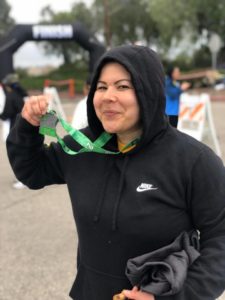 Even better, Marsha said they have positive role models right beside them:

The secret to the program from the beginning was that leaders ran with them. Like Harry said, ‘It’s really hard, and I’m going to do it with you.’ Most of these kids, nobody’s there with them consistently. It’s unbelievable that leaders are willing to volunteer all these hours. … The kids understand that sacrifice [by the leaders] — they’ll do anything for them. 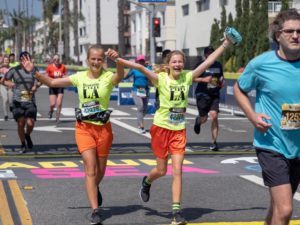 But perhaps the most important part of the program is the sense of friendship and community it fosters.

“It’s not about running, it’s about belonging,” Marsha wisely pointed out. 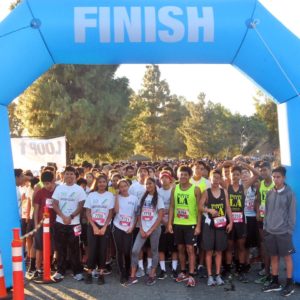 What a great way to get students to pour their energy into something positive! Here’s hoping similar initiatives catch on in schools across the country.

Share this story to spread the word about the life-changing program and support their mission by donating here.

Back in the early 2000s, Sherwin Sheik had a hard time finding affordable home care for his family. His sister was quadriplegic and blind with multiple sclerosis, while his uncle...

Do you have a propensity toward anxiety? Or maybe a tendency to feel emotions deeply and then "deal with them" by pushing them so far down that they appear to...

75-Yr-Old Grandma Takes Up Boxing To Knock Out Parkinson’s Symptoms.

While many grandmothers would be content to stay home and enjoy a laid-back pastime, Nancy Van Der Stracten of Antalya, Turkey, is taking a vastly different approach to her golden...