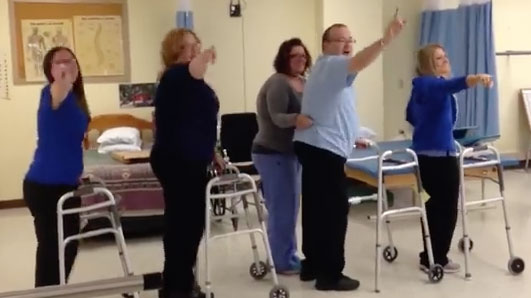 A man named John Woloski recently suffered a stroke which landed him in the Allied Services Heinz Rehabilitation Hopsital’s Brain Injury Rehabilitation Unit. Obviously, being stuck in rehab for 9 weeks was no fun, but he turned lemons into lemonade when he took the opportunity to produce a video with his health team for a special cause!

Prior to his stroke, Woloski spent several decades as a music education teacher in Pennsylvania before moving up the ranks to become principal of Solomon Plains Junior High School. 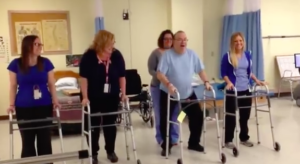 Perhaps it’s his love of music that inspired him to make the video. Perhaps it’s simply because he has always been a kid at heart. Either way, it simply didn’t make sense for him to leave rehab with making his musical mark.

He and his team decided to record the dance– choreographed by Lauren Algar– in honor of stroke awareness month. But Woloski and his participating impatient care team (Trish Lepore, Jenn Evans, Ann Louise Wojnarski) have done more than bring awareness; they’ve also brought joy and inspiration to the thousands of people who have watched their video. 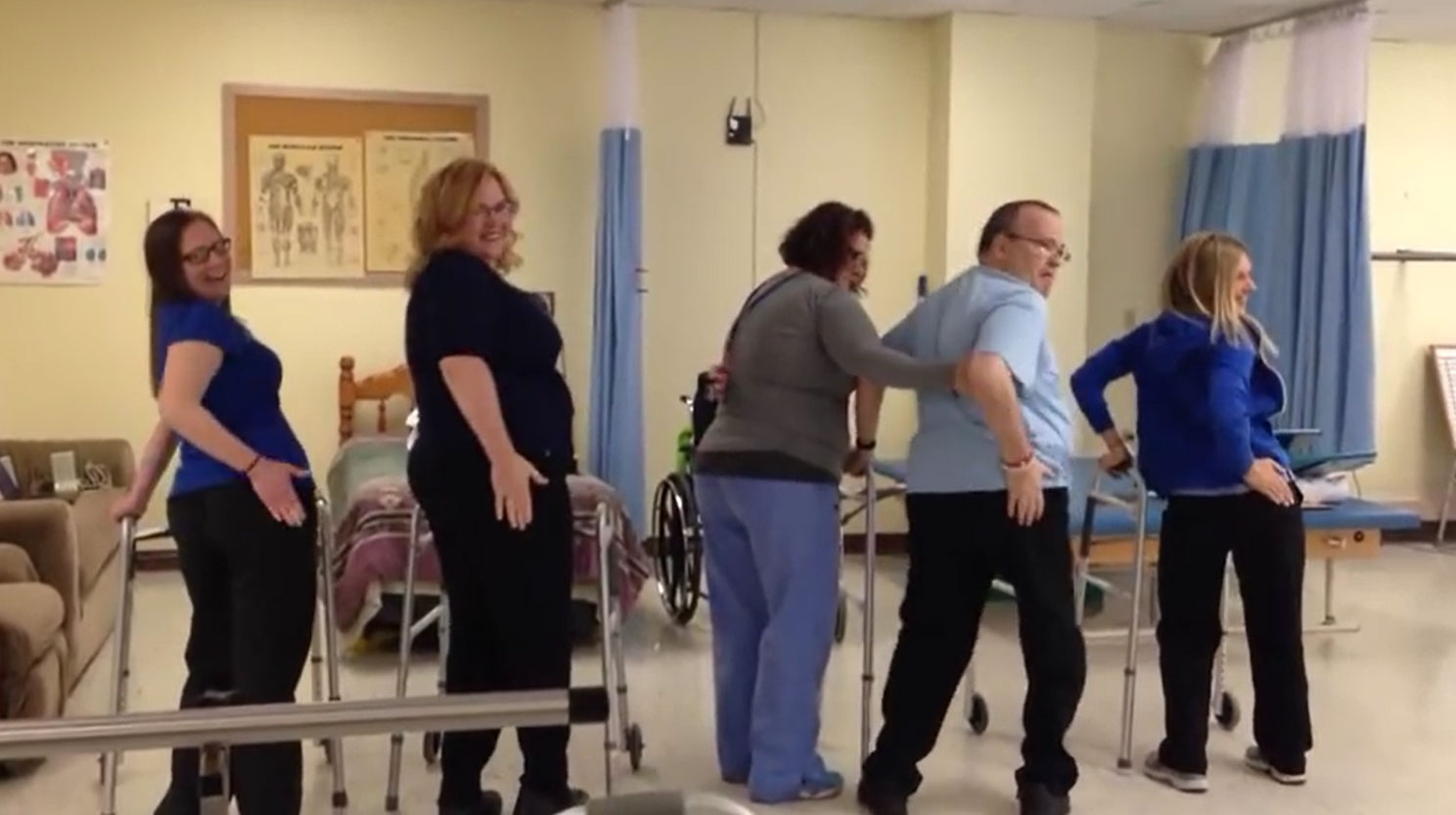 Check it out for yourself below, and share to spread a smile!