You can easily spot true animal lovers because they’ll go further than swerving or slamming on the brakes to avoid hitting a little critter crossing the road. They’ll actually pull over to pick up a struggling turtle or stop traffic so a family of geese can waddle on by.

Recently, a video of one of these situations made its way to the Internet and is gaining a lot of attention (and collective “aww’s”). 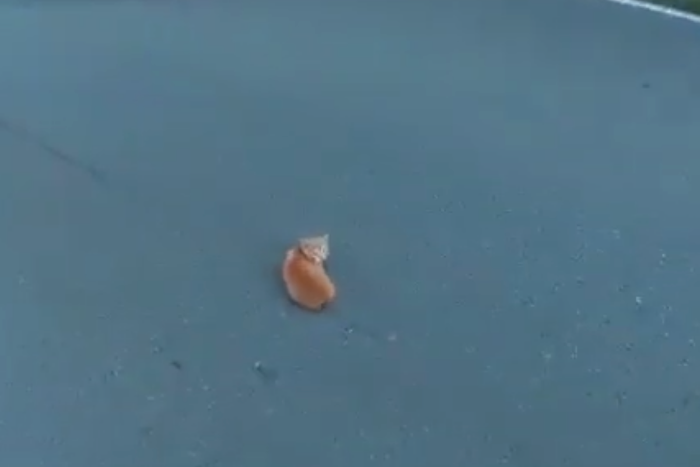 The scene was captured by a man who was driving his motorcycle one day when he noticed a stranded orange kitten in the middle of the road.

In the video, we see him pull over and start running toward the cat. On his way, he comes across another man who has stopped to do the same. They share a worthy mission as they wave their arms to get the attention of rapidly approaching vehicles to save the precious kitten’s life. 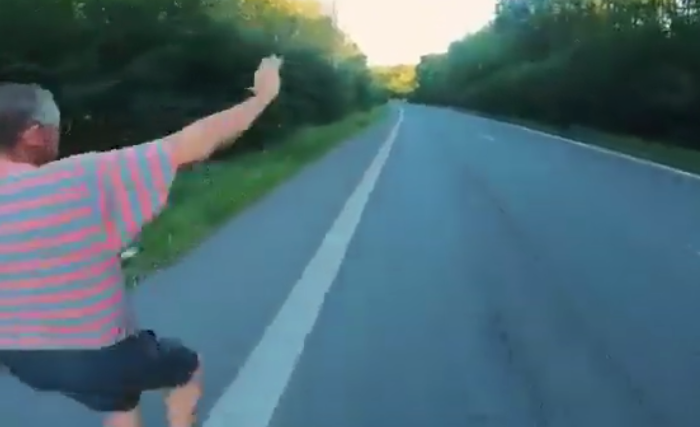 Eventually, the valiant animal lovers reach the sweet kitty, who is safe but clearly scared, and scoop it up before removing their little group from harm’s way.

Out of breath, the two discuss where the cat came from and what to do next. The man on the motorcycle says he wants to take the kitten, but he can’t because he’s allergic. Amazingly, the other man then graciously offers to take the sweet baby home and make sure it’s well taken care of. 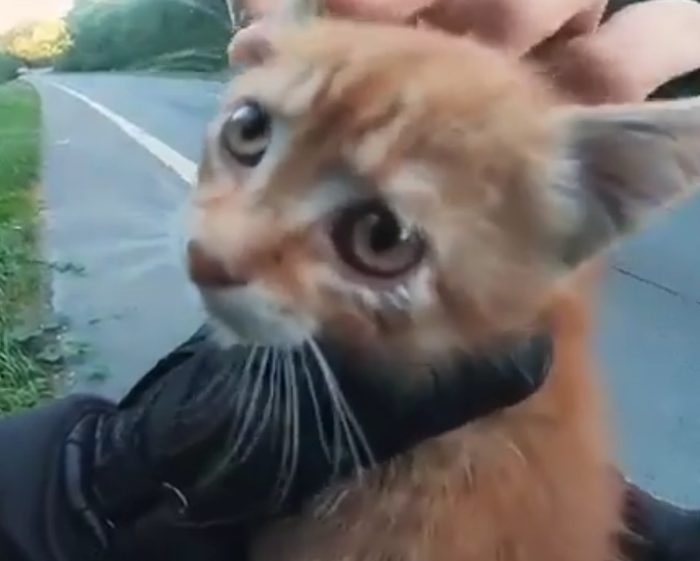 The (stinkin’ cute) kitten says goodbye to the motorcyclist with a perfect Puss in Boots impression, big eyes and all. The two men thank each other and part ways as if they just had another regular day on the “Kitten Rescue Task Force.”

Since the video began circulating online, people have been gushing over how wonderful these men were for saving the kitten instead of swerving and hoping for the best.

It’s safe to say these two men and their kitten friend have a huge new fanbase. And we think they totally deserve it!

Watch the heroic rescue in the video below, and be sure to share with your fellow animal lovers!