Losing someone you love leaves a hole in your heart that never fully heals.

Ruth Murray of Madison, Wisconsin is still reeling from the loss of her brother Mike “Wisco” Murray. Mike was a classical pianist and an internationally-recognized professional poker player. He loved his family and friends and used his talents to give back to his community. 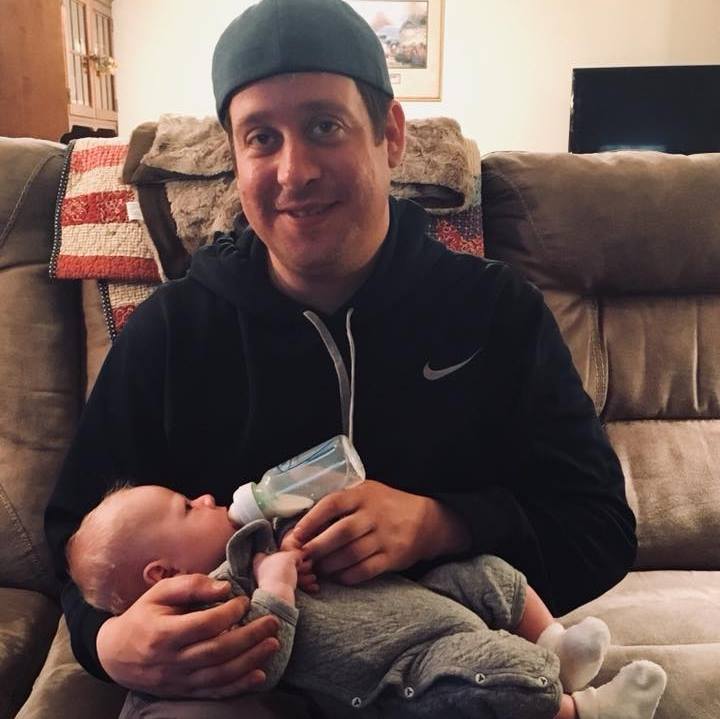 He also suffered from depression and an opioid addiction. In December 2018, he made the courageous decision to combat the heroin he was hooked on, but just three days before he received his 90-day sober chip, he relapsed. Mike passed away from an overdose, leaving everyone in his life shattered.

There isn’t a day that goes by without Ruth thinking of her brother, and sometimes she still texts his number to express how much she misses him. Six months after he passed, she received a reply. 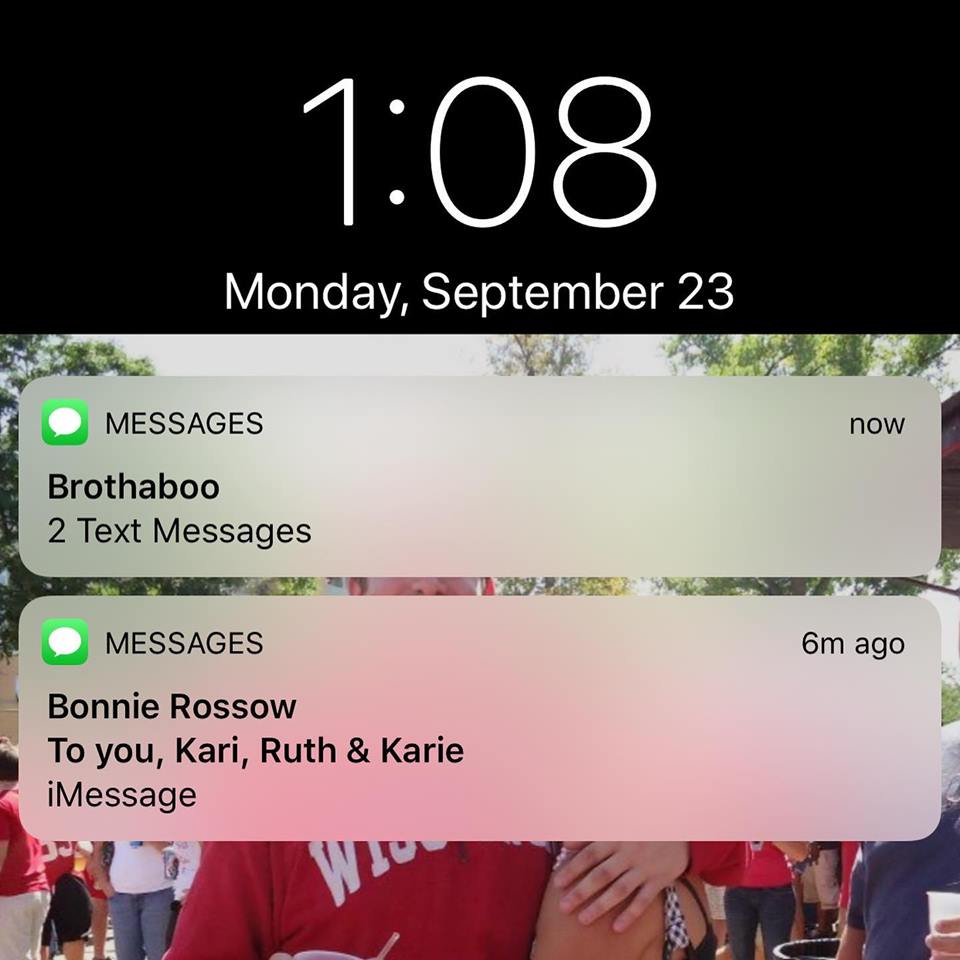 We can only imagine her shock when she saw her brother’s name appear in her notifications, even though she knew his number would eventually be reassigned. Of course, she probably expected that stranger to simply tell her “wrong number” and move on. Instead, she received a tender reply that reminded her how wonderful humans can be.

“I’m sorry to hear that you’re missing someone, but unfortunately you have the wrong number,” the stranger told her. She quickly explained the situation and apologized, and that’s when the stranger’s texts became even more heartwarming. “Don’t be sorry!” they wrote. “I’m going through a similar thing right now.” 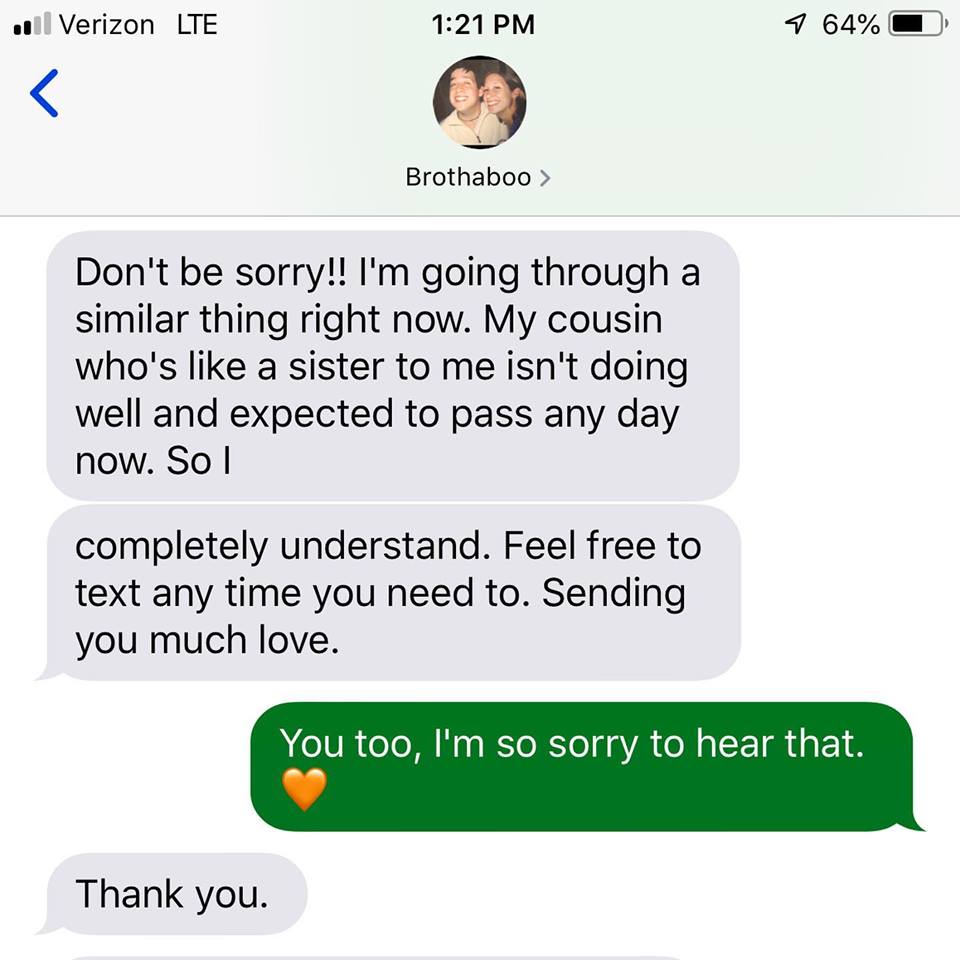 “Feel free to share anything about your brother,” the stranger continued. “Sometimes it helps just remembering the good times. I know we don’t know each other, but I don’t mind being a sounding board.”

Ruth had worried about the day Mike’s number would go to someone else, but thanks to this person’s kindness, it became a blessing in disguise. Instead of blowing her off, this stranger was sympathetic and helped her process a small fragment of her grief. 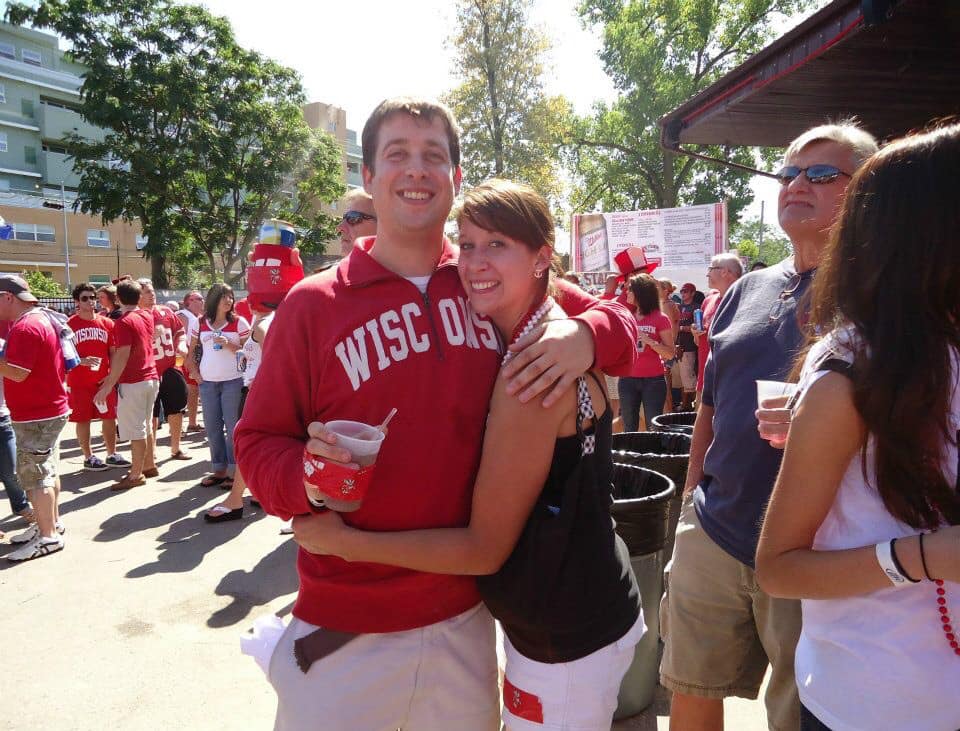 Ruth is continuing to figure out her life after the loss of her brother, and now she has a special reminder that there are people out there who will listen and try to understand.

“Daily life has certainly gotten more tolerable as time has passed, as we all knew it would,” Ruth wrote on Facebook. “I’m back at work, I am getting out of bed, I’m cleaning my house. But that’s not to say that I don’t still feel like I’ve been kicked in the chest. The crying comes less frequently, but it’s still just as intense and painful.” 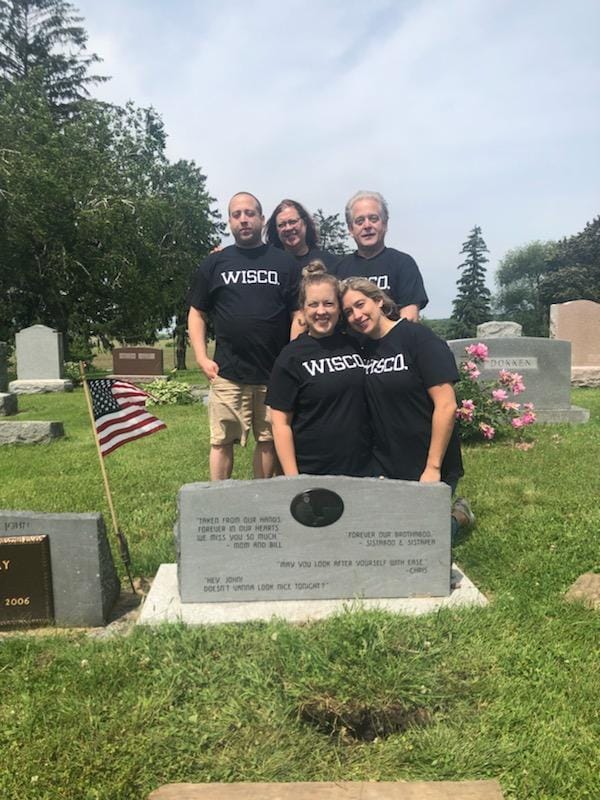 Ruth’s message reminds us of a simple truth: We all have struggles that are made easier when we talk about our feelings. Sometimes we just need a shoulder to lean on, even if that shoulder belongs to someone we’ve never met. Thank you, kind stranger, for showing a hurting person such compassion and grace.

Share this story, and send lots of love to the Murray family.