You spend countless hours studying, you sacrifice sleep and time with friends all leading up to this: your college graduation. It definitely isn’t something you want to miss! But sometimes, more important things take precedence. Like family.

When Michigan mom Sharonda Wilson heard her commencement ceremony at Ferris State University in Big Rapids would be held the same time as her son, Stephan’s, her choice was made. She’d rather be there for Stephan.

So on May 4, the proud mom stood next to her son at Central Michigan University in Mount Pleasant. Little did she know, CMU president Robert Davies had a special gesture in store for her. 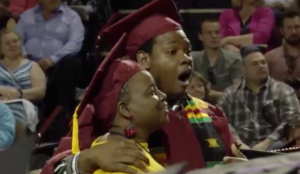 In a touching speech, President Davies then proceeded to confer Sharonda’s bachelor’s degree on behalf of FSU’s president and trustees.

Nobody understood how meaningful this moment was for Sharonda more than her son, who pumped his fist into the air while everyone in attendance clapped and cheered. It’s something neither mother or son will ever forget. 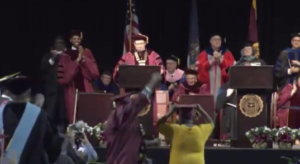 “Dr. Davies really shocked me. I told a friend of mine that (my) mom was skipping her graduation to be with me, and she used her magic to help Dr. Davies orchestrate that moment,” Stephan said.

“When I heard (she) was getting her degree with me I was speechless. My mother is truly the strongest and most compassionate woman I know. That moment tops (any) other moment I have ever shared with my mother.” 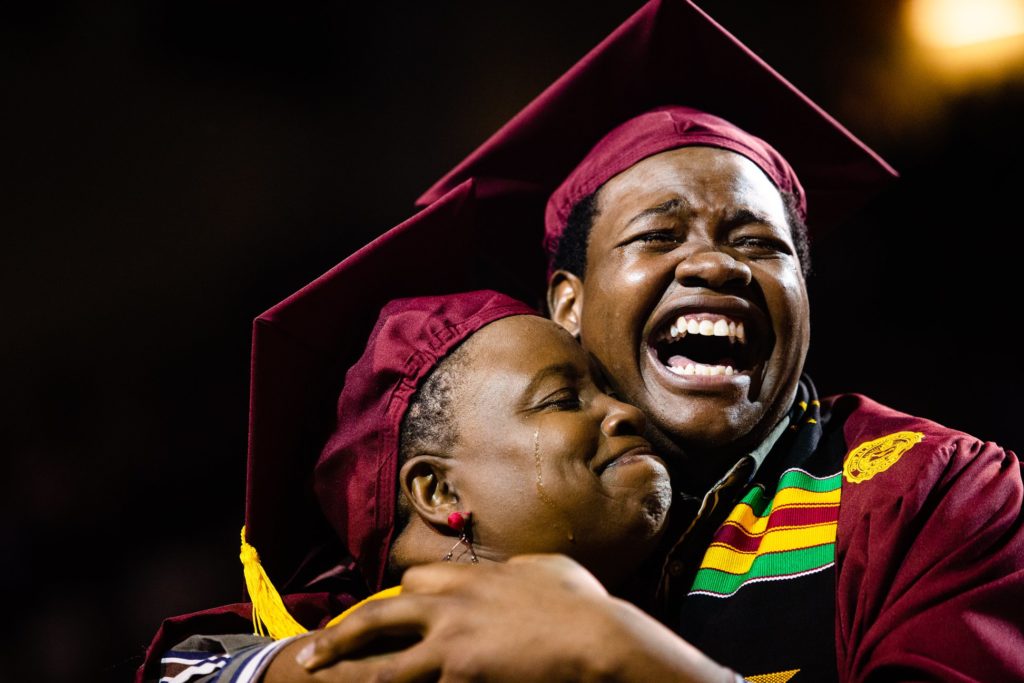 Being a mother means making sacrifices for your children, but it doesn’t make your personal achievements any less praiseworthy. We’re so happy Sharonda not only got to celebrate Stephan’s graduation, but her own as well! Congratulations to you both!

Watch as Sharonda receives the honor she deserves in the clip below, and don’t forget to share so others can celebrate this beautiful moment, too!

To attend her son Stephan’s commencement ceremony, Sharonda Wilson was unable to attend her own from Ferris State University. Learning this, @cmichprez contacted FSU President Eisler and was able to confer her degree on behalf of FSU's president and trustees. #cmichgraduation pic.twitter.com/anCSTHDCdC