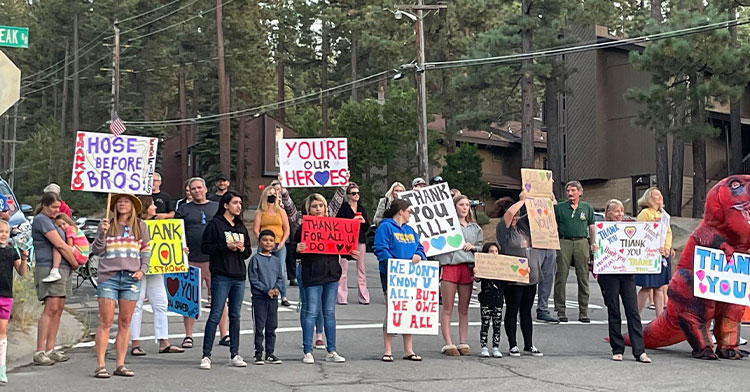 100s Of Californians Line The Street To Thank Firefighters W...