Sibling relationships can certainly be complicated, going from happiness and camaraderie to jealousy and loathing, seemingly in seconds. But siblings do share roughly 50 percent of the same genes, and that creates a bond like no other.

A sweet moment of brotherly love was recently caught on camera during a brief interlude in a youth soccer game. A little boy wearing a backward facing, orange baseball cap stands on the sidelines, quietly watching as his older counterparts race around the field. 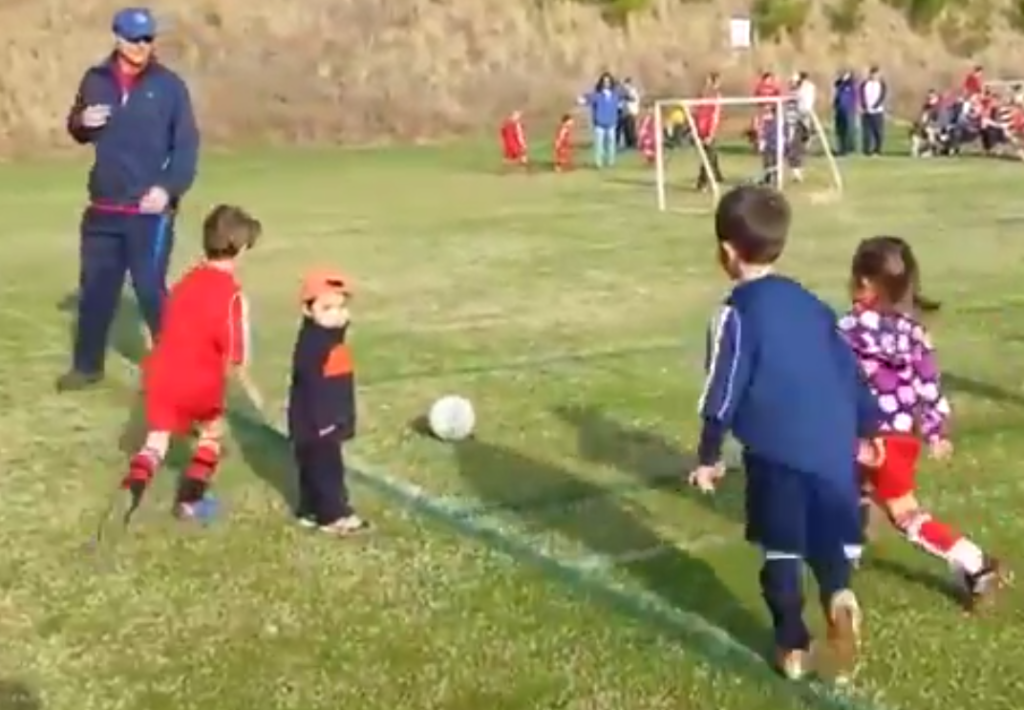 The ball ricochets off his leg and his older brother goes racing after it, but not before bending down to give the little man a quick hug. 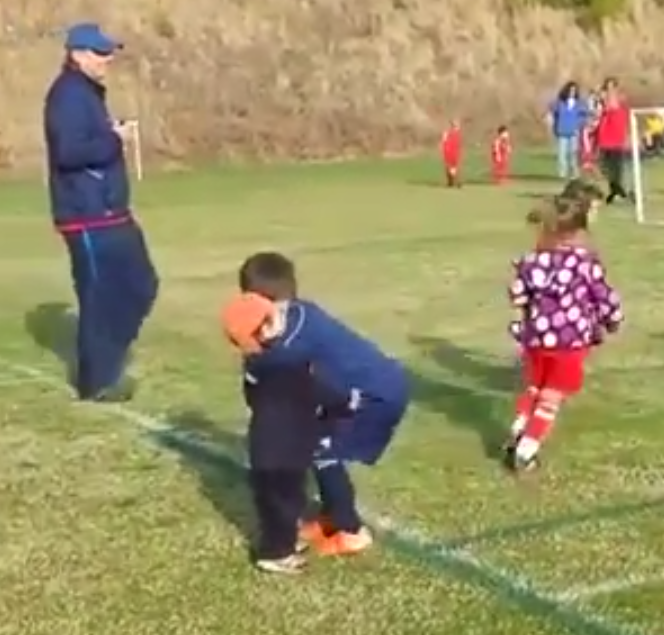 And then, just like that, it’s over. He sprints off down the field toward the goal post, as if pausing for a quick public display of affection in the middle of a high-competition game is just par for the course. 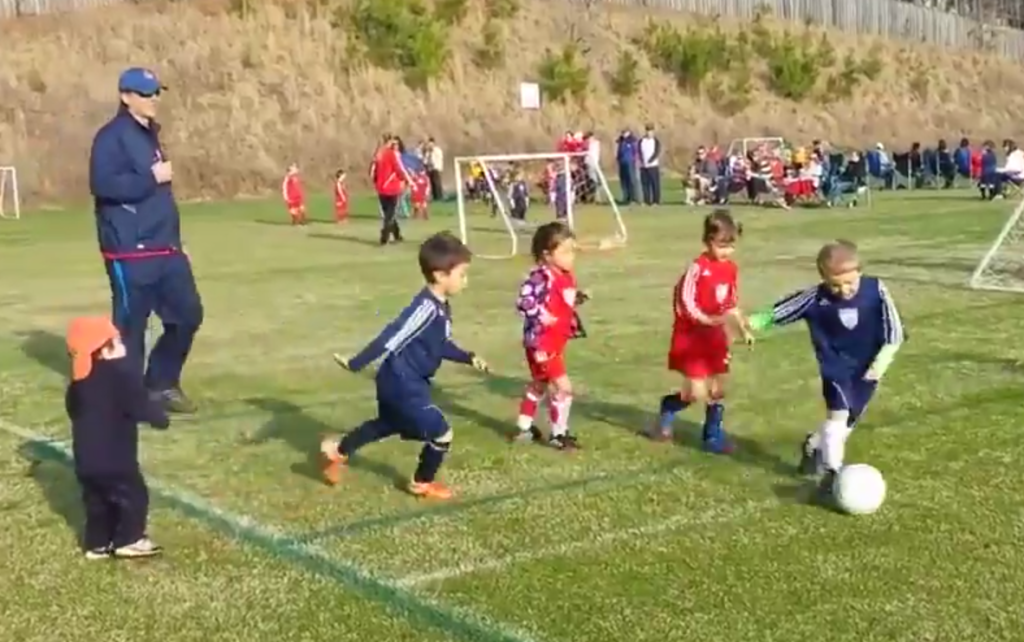 “Reminds me of my sister and I while playing on different teams. We won but at the end we both hugged. That was the best part!” one viewer wrote.

“Sometimes u just gotta stop and kiss your family,” another wrote. “What could b more important. It’s things like this that keeps the heart warm. So precious,” wrote another.

Others just couldn’t get enough of how sweet it was!

Watch the adorable moment below, and share to spread sibling love!