If you found yourself in a situation where you could have some free ice cream, wouldn’t you take advantage of it? No matter who you are, it’s tough to say no to a frozen sweet treat.

Recently, a silly skunk in Indiana came across a discarded ice cream cup and did what any animal would do, dug right in to polish off the leftovers. Unfortunately, he found himself in a bit of a situation when his head got stuck in the cup. 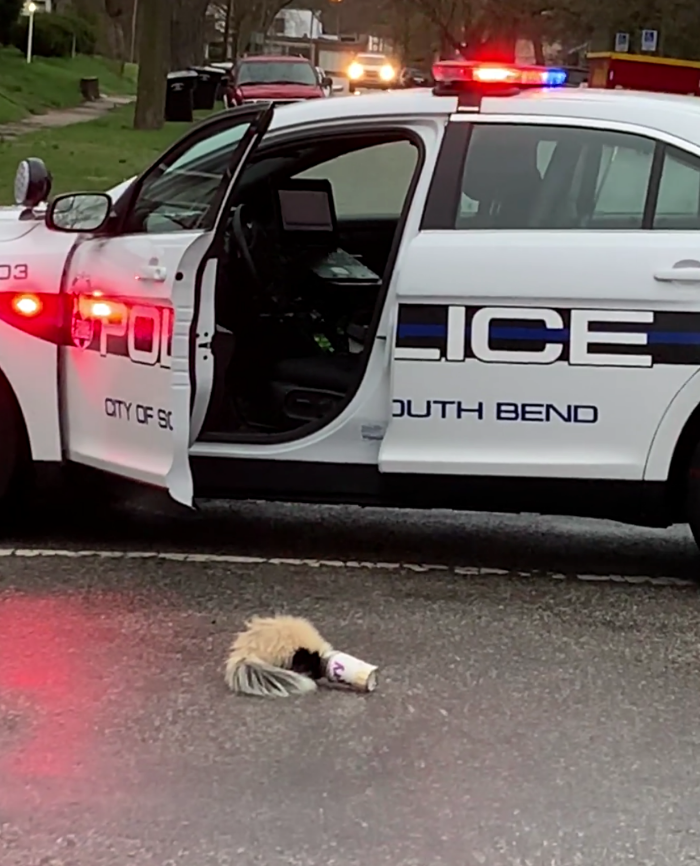 Paul Wendy Beck was passing through town when he noticed a cop car with its lights on. Like most of us, Paul curiously looked to see what was going on and was shocked to see a policeman pulled over to rescue a skunk.

Knowing that this is something out of the ordinary, Paul quickly grabbed his phone and shot a video of the rescue mission by officer Ron Kaszas. 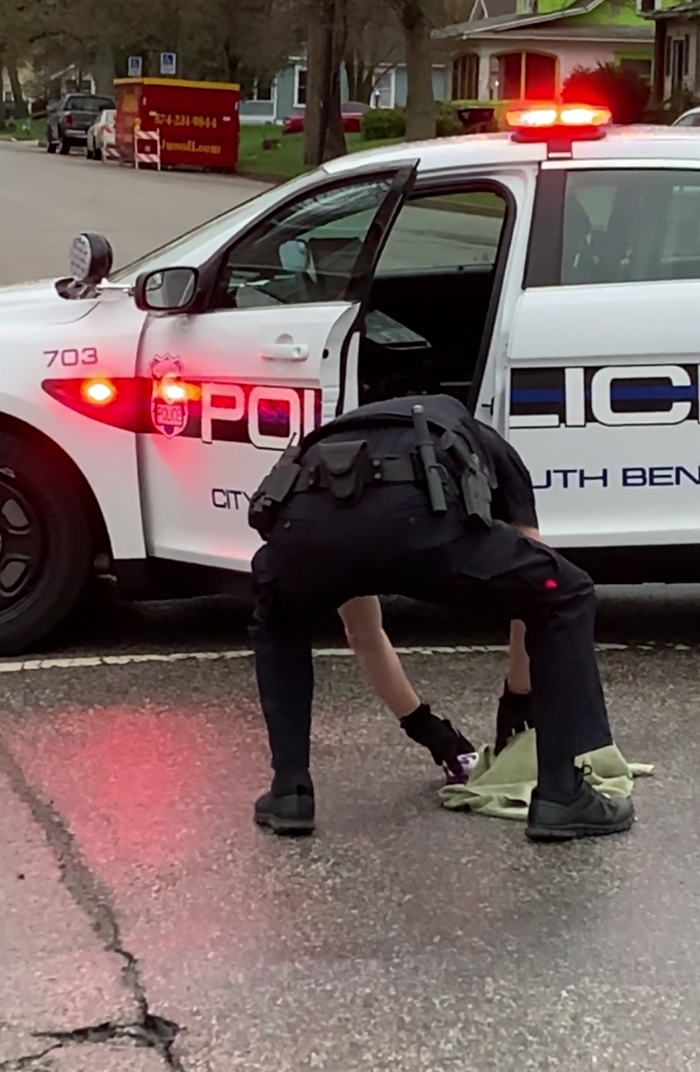 In the video, Ron is seen covering the sunk with a towel he had in his car before grabbing hold of it and freeing its head from the ice cream cup. Paul jokingly tells Ron “This is going to go viral” and the two laugh as the skunk is set free and (thankfully) decides not to spray Ron. 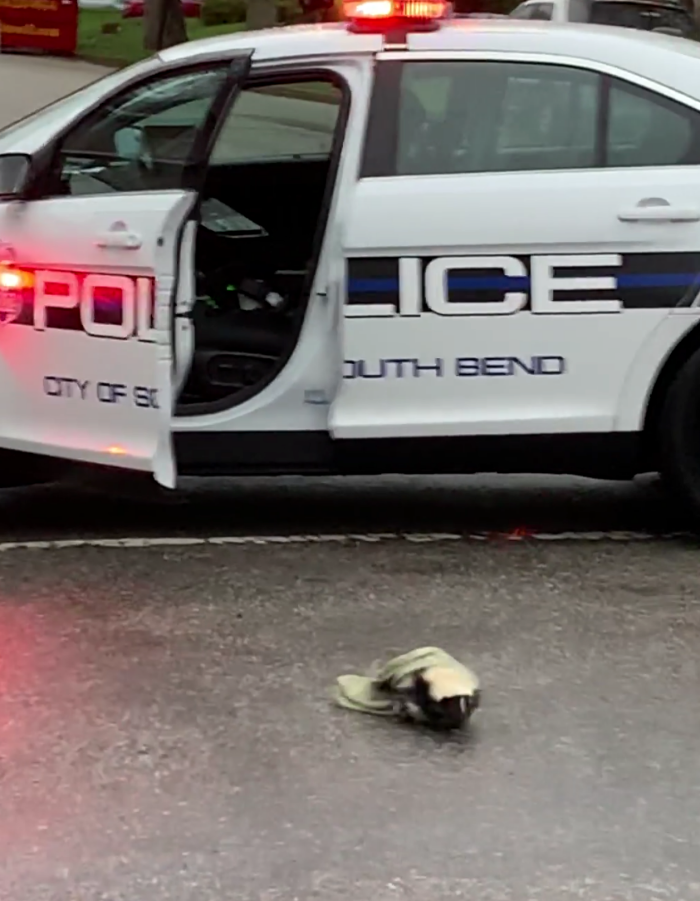 Paul was right, though, the video did, in fact, go viral and Ron quickly became the most popular officer in his community. The local radio station even presented him with a certificate of achievement for his bravery in saving the skunk.

For Ron, this was just another day on the job. He told a media outlet that animals often get stuck in these cups because of their design which allows them to get their heads in, but not out. 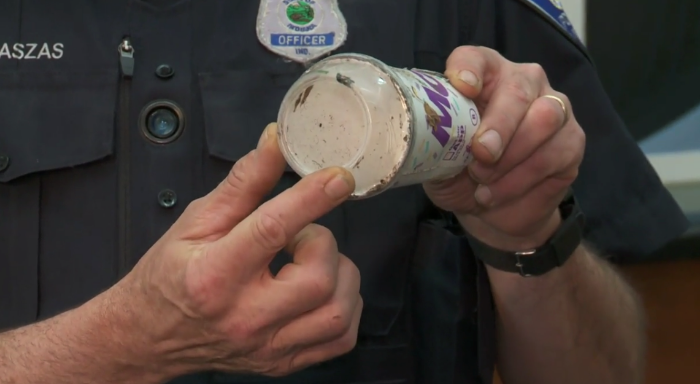 Ron is an animal lover (he once had a pet skunk and gets frequent visits from deer around his home!) and is happy to do whatever he can to keep the furry creatures safe – even the stinky ones!

His only request is that people remember to throw out their trash in proper receptacles, not into the street!

Watch Ron’s brave rescue mission in the video below & don’t forget to share this story with your friends!