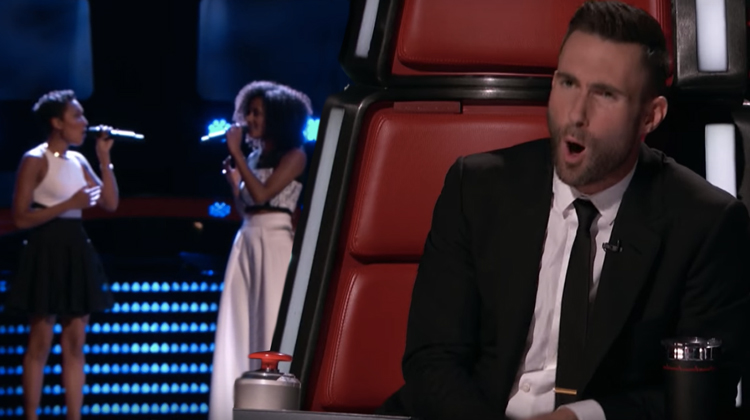 Sisters Whitney and Shannon managed to turn all four chairs on ‘The Voice’ Monday with their expert rendition of Dixie Chick’s version of  Fleetwood Mac’s “Landslide”. The talented duo apparently had not performed together for quite a while, but you’d never know it. Their seemingly effortless harmonies blended with such perfection, that it was nearly impossible to tell the two apart.

Adam was first to turn in his chair, with the other three celebrity coaches quickly following suit. After joking about how the duo sounded so alike he thought it was the same person, Adam said, “You guys harmonizing, you can’t teach something like that. That collaboration is really, really a tough dance, and it either works or it’s a mess. And it was really, really, really beautiful.”

Alicia had some wonderful things to say about Whitney and Shannon, telling the sisters, “There’s no box for you for where you are gonna fit in. You’re everywhere. And that’s where I see you, and I’d like to help you get there. The world needs to see the two of you.” The Grammy winner was so passionate, she stood again as she continued to make her pitch. “I know that us together would be so powerful, so incredibly crazy powerful.”

Check out their performance for yourself in the video below to see which judge they went with!