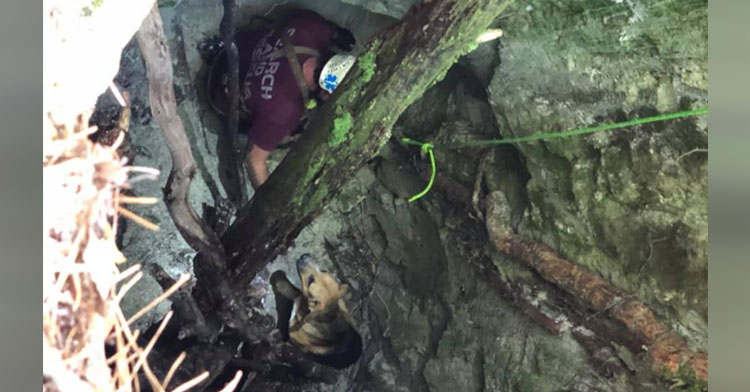 Dog Stuck In 30-Ft Sinkhole Saved Thanks To Mountain Bikers ...