Less than a year ago, Shayla Winn of Midlothian, Virginia, was just a normal student in Thomas Dale High School’s performing arts program. When vision issues sent her to the doctor for tests, she was certain that the worst that would happen was she’d have to get glasses.

Instead, Shayla was diagnosed with hydrocephalus resulting from a tumor in her brain. Doctors were able to remove about half of the tumor, leaving the high school student legally blind and with a medical future that’s “a question mark.” 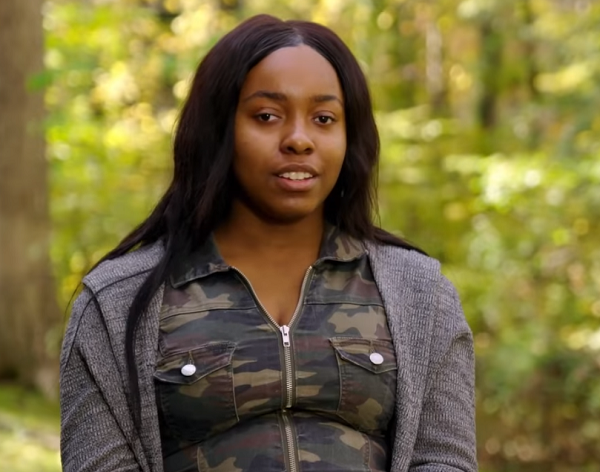 Now Shayla, who goes by the stage name Shayy, is learning to navigate life as a blind person. She has struggled to learn to read Braille and navigate her world with a cane, and she’s also had to overcome insensitive remarks and bullying from her peers. Throughout it all, though, she’s maintained a positive attitude and is genuinely grateful to the people who’ve supported her and helped her through this difficult time in her life.

Months ago the aspiring singer traveled to an “American Idol” audition in Louisville, Kentucky, and was thrilled to get through to the next level. On a recent episode of the talent competition, the world got to meet Shayy for the first time, and her incredible story and performance has the internet buzzing with excitement. 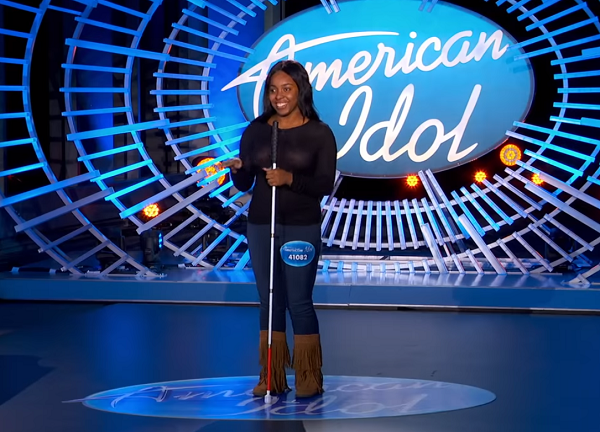 As Shayy filled in judges Lionel Richie, Katy Perry, and Luke Bryan on her path to standing in front of them that day, all three judges were visibly moved. Lionel especially seemed to connect with Shayy’s story, tearing up before she’d even begun to sing. When you hear that someone this young has gone through such a traumatic event so recently, it’s hard to imagine that she could put it all aside and give an audition like this her all. Yet all of those fears were set aside the second Shayy began to sing. 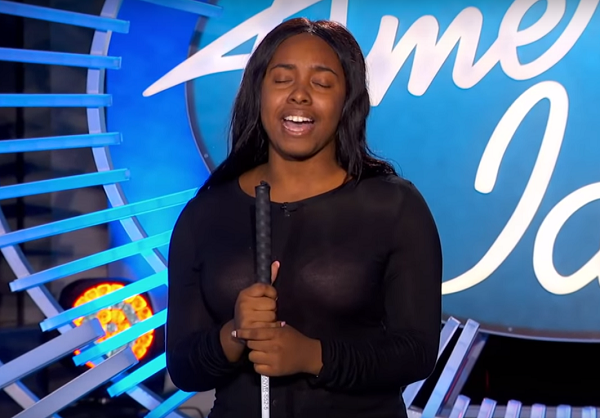 Shayy chose to sing “Rise Up” by Andra Day, a ballad that’s all about overcoming obstacles and persevering through heartbreak, loss, and pain. It was the perfect song for someone with a storied past like Shayy, whose own future is up in the air. Shayy says she felt really connected to the song, especially because it highlights her determination to succeed as a singer in spite of her vision loss.

“My main goal when I sing is to touch someone. I think I accomplished that,” she said. 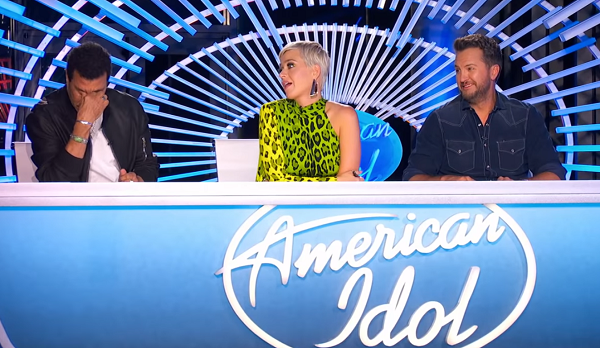 Shayy has a naturally beautiful voice, and she really knows how to use it! Lionel was wiping away tears throughout her performance, and all of the judges seemed genuinely thrilled to discover the talent standing before them. As she effortlessly belts out the high notes in the chorus Lionel breaks down.

When she has finished singing, there’s a beat of silence as Lionel musters his strength and tells her bluntly, “You have wrecked me.” 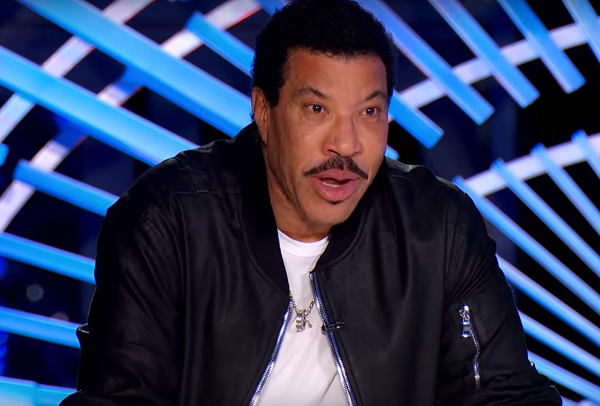 “Lionel you look like you’re walking a daughter down the aisle,” Luke joked before remarking to Shayy, “You have what we cannot teach. We cannot teach letting the music flow straight from the soul, and that’s what you did.”

Katy agreed, telling her she sings “like an angel” and making it clear that as far as the judges were concerned, her future was “not a question mark.” 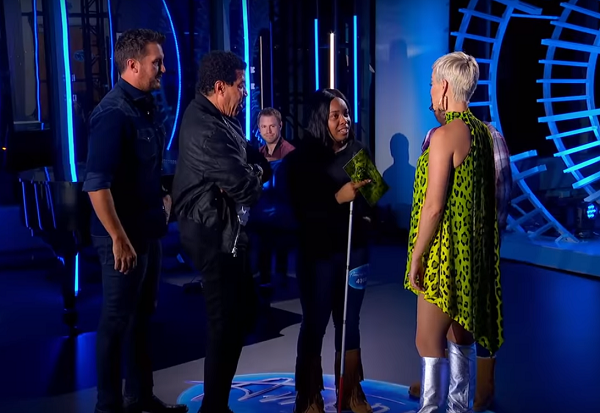 The judges made a unanimous decision to send Shayy to the next round in Hollywood, California. The tearful teenager and her mom couldn’t wait to give all of the judges a big hug. Shayy says she’s encouraged by her progression on the show so far, and she feels like a winner even though she’s just getting started.

“Don’t let anything stop you from your dream and what you want to do. If you want to do it, you can do it. You may have to find another way, but you can [do it],” she said.

We have no doubt that she’ll go a long way on this show and in life! Watch Shayy’s emotional performance of “Rise Up” in the video below, and don’t forget to share.