One of the best compliments a teacher can receive is that they made learning enjoyable. After all, it’s an educator’s greatest desire to nurture their students’ curiosity about the world, even when it comes to the stereotypical “boring” subjects.

High school students in Dublin, Ohio, never really expected to engage much with the material in their English and history classes. But thanks to the two teachers who made the courses fun and interesting, the teens finished the year with a newfound appreciation for school. 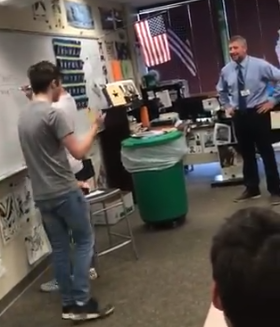 Wanting to thank their teachers for sharing their knowledge, students decided to prove they paid attention in class with a surprise gift of their own. One classmate, Kyle Ulring, recorded as another handed an envelope to one teacher and a Nature Valley box to the other… though there weren’t any granola bars inside. 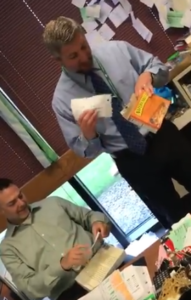 Kyle uploaded the footage to Twitter, explaining how his teachers “joked around about liking Shawn Mendes” during the school year.

In the video, we see one teacher pulling a note from the box. “Thanks for making a bunch of boring books bearable,” he reads aloud, adding, “That’s kind of a compliment!” 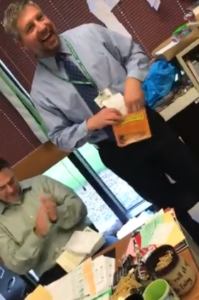 He pulls another folded paper out of the box, though he asks to ensure it’s “school appropriate” before opening it. Then he sees it’s a printed ticket — for a Shawn Mendes concert! All of the students had chipped in so both of the men could go together. 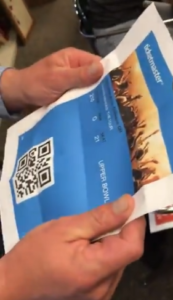 He can’t believe it at first and stares at the other teacher in disbelief, though he’s also wearing a huge grin. “This is the best day of my life!” he declares, sending the class into a fit of laughter. 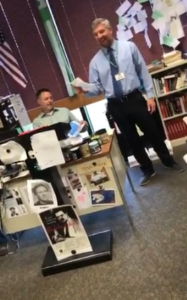 As for the other teacher, well, he was probably exaggerating a little when he said he liked the Canadian singer’s music. But he was grateful all the same. 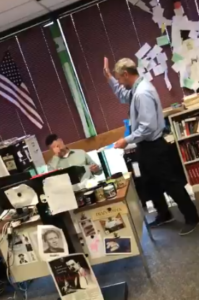 Despite working tirelessly to shape the people of tomorrow, teachers are often underpaid and underappreciated. That’s why it’s not the concert tickets that are important here. It’s knowing they’re making a difference with their students and being recognized for it! That’s the real gift.

Watch as students give back to their two favorite teachers in the video below, and share to spread the love for all the awesome teachers out there!

Our teachers joked around about liking shawn mendes… so we bought them shawn mendes tickets pic.twitter.com/Yh0gvlKecv