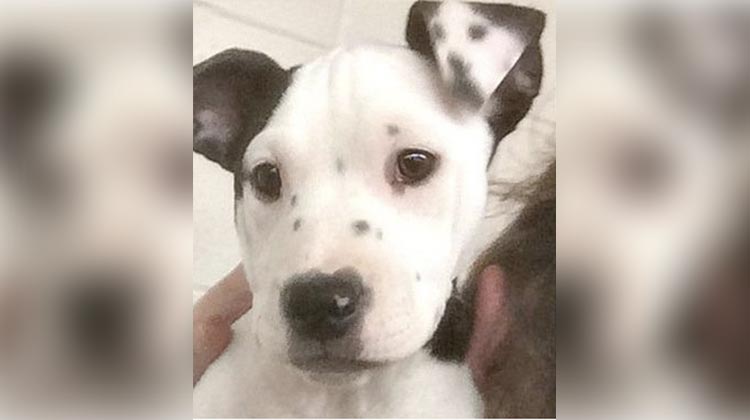 The story of Lucy starts like so many others at animal shelters around the world. Lucy’s mom, Daisy, was brought to Lollypop Farm, a human society in Rochester, New York, emaciated, covered in fleas and missing most of her fur. She arrived at the shelter in late October, just before the change in seasons, and gave birth to a litter of puppies on the first snowy night of the year.

Shelter staff doted on the newly born pups, working hard to get them socialized with humans and other dogs alike. Though Daisy was very protective of her pups at first, the rearing process and devoted care from staff at Lollypop Farm

proved therapeutic for the pitbull. 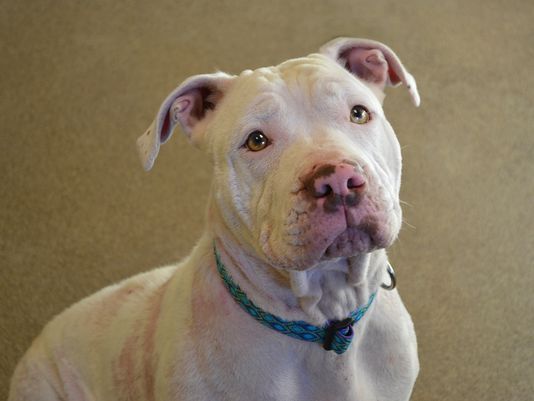 “A lot of the animals brought to Lollypop Farm have different needs,” said Rebecca Lohnes, behavior manager at Lollypop Farm. “It’s because of the community’s support that we can provide dogs like Daisy with the veterinary services, behavior enrichment, and time they need to get a second chance for a new home.” 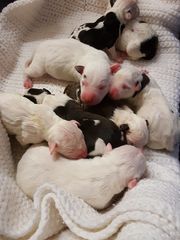 Which brings us to our story today. Lucy was born with a rather particular marking on her ear that went viral for the cutest reason. Shelter staff did not notice at first, but an internet user pointed out the particular pattern in her fur.

Lucy had a mirror image selfie of herself imprinted on her floppy little ear. Can you spot the two little black eyes and nose on her left ear? So cute. 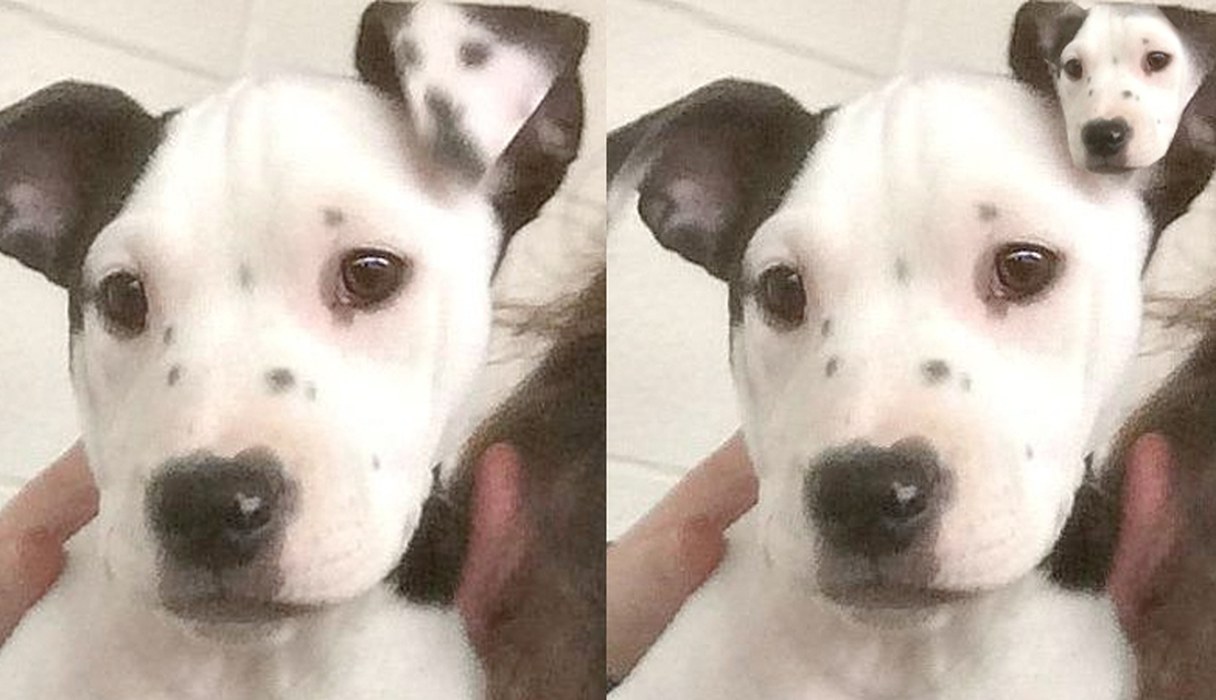 Animal lovers everywhere flooded Lollypop’s inbox with requests to adopt Lucy and her famous marking. In no time at all, shelter staff found the perfect forever family for Lucy and all of her brothers and sisters. 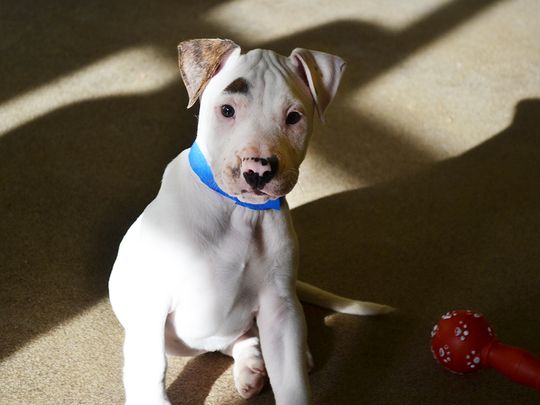 Don’t worry about momma Daisy! She’s now found a forever home and has a new brother named Dax that treats her like a queen. Her favorite thing? Cuddling under the covers with her new family.

Share this adorable story of Daisy and her adorable pup Lucy today!