Life has no guarantees. A person can feel safe and secure in one second and lose everything in the next.

It’s an experience 8-year-old Daniel Hunt and his parents are still reeling from. Their house burned down in September, leaving them without a home or belongings. 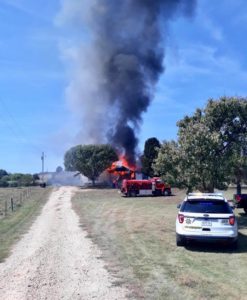 Thankfully, the Tennessee third-grader has people looking out for him. Less than a week later, he was all smiles thanks to the kindness of his teachers and classmates at Philadelphia Elementary School. 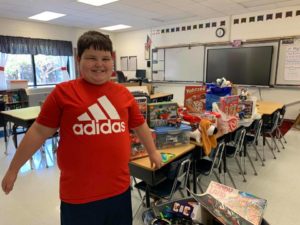 These sweet school friends were heartbroken when they heard about the fire and what it meant for Daniel. So they took it upon themselves to lift the boy’s spirits, organizing a secret toy drive to replace what he’d lost. 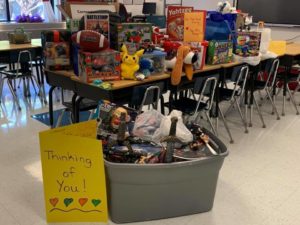 Someone recorded the special moment that Daniel walked into class on September 27. Everyone jumps up from where they were hiding on floor and yells, “Surprise!”

Kids giggle with excitement as Daniel examines the bags filled with his gifts, still unsure what exactly is going on. Then he covers his mouth in shock when his teacher reveals it’s all for him! 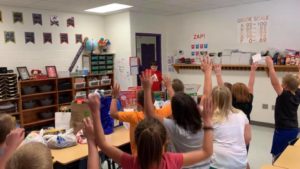 In one of the sweetest encounters to ever take place at the school, Daniel’s classmates surround him afterward for a giant group hug. 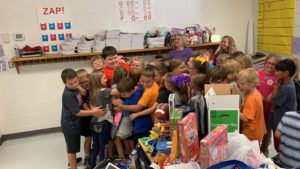 When his mom Kristen Hunt Wilburn heard about the class’ generosity, she began sobbing at work. “This school has shown my boy nothing but love, and I couldn’t be more grateful or thank them enough,” Kristen wrote in a heartfelt Facebook post. “We live in an amazing community, and we are so so blessed.”

As for Daniel, he couldn’t be happier to have so many people in his corner! That knowledge alone is a better gift than all his new toys combined. Of course, his family still has a long way to go to recover from the fire. If you want to help, Kiddie Kingdom Daycare is accepting donations on their behalf.