Taken off the coast of Mexico’s Holbox Island by amateur photographer Sandra Critelli, these breathtaking pictures capture the migration of thousands of golden stingrays as they glide from Mexico’s Yucatan peninsula to western Florida.

Measuring up to 6ft 6in across, poisonous golden cow-nose rays migrate in groups – or ‘fevers’ – of up to 10,000 strong as they swim their way towards their summer feeding grounds. 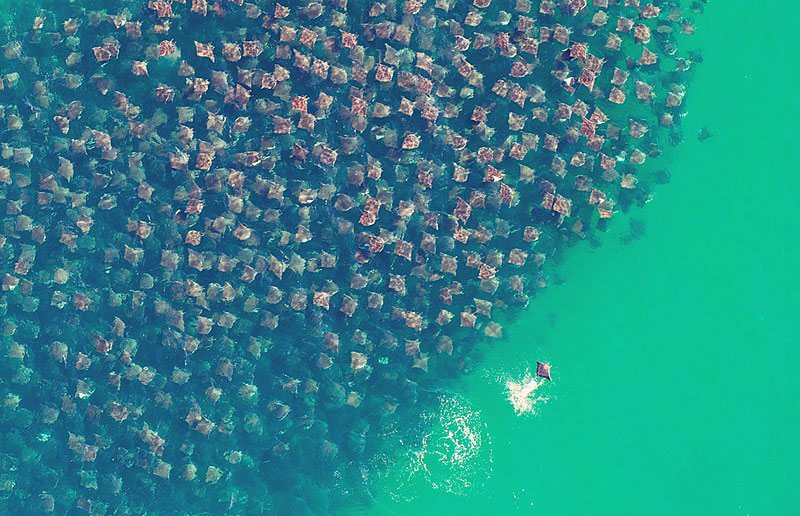 They go on the move twice per year: north in late spring and south in late autumn. Despite their placid looks, they are still armed with a poisonous stinger, which can be deadly to humans (even though sharks, their main predators, are more likely to provoke them).

In one sense, it’s a terrifying sight… but in another, it’s strangely beautiful and indicative of nature’s fascinating patterns. 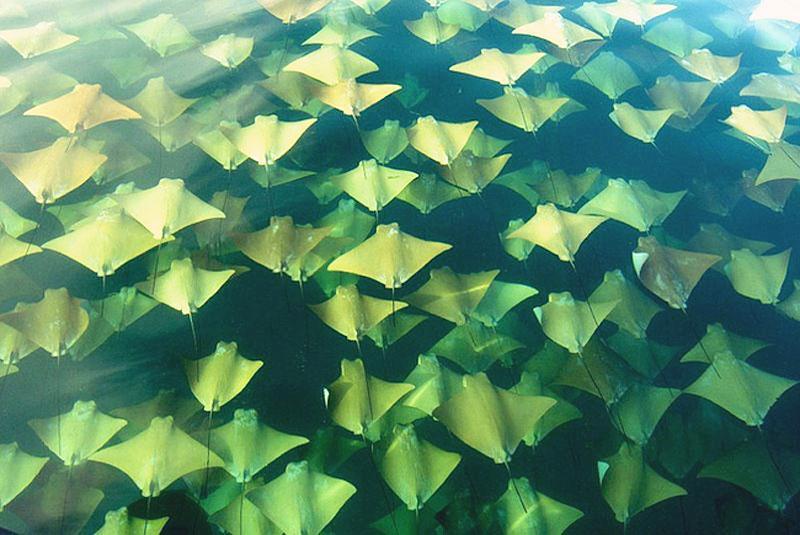 The stinger, a razor-sharp spine that grows from the creature’s whip-like tail, can reach almost 15 inches in length and carries a heady dose of venom. It was a similar stinger that killed the hugely popular Australian naturalist Steve Irwin in 2006. 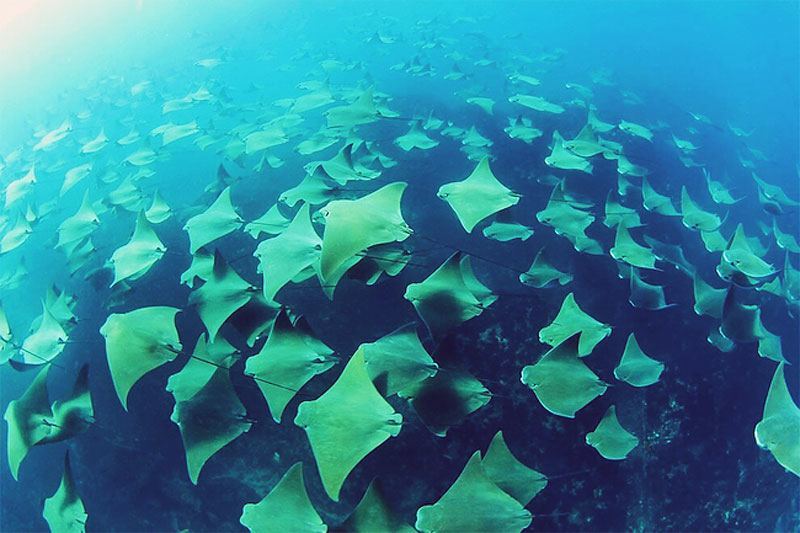 The creatures are peaceful and feed on plankton, the smallest living organisms in the ocean. Though they have the ability to cause harm to humans, many scuba dive with the giant rays every year. The experience is altogether unforgettable. 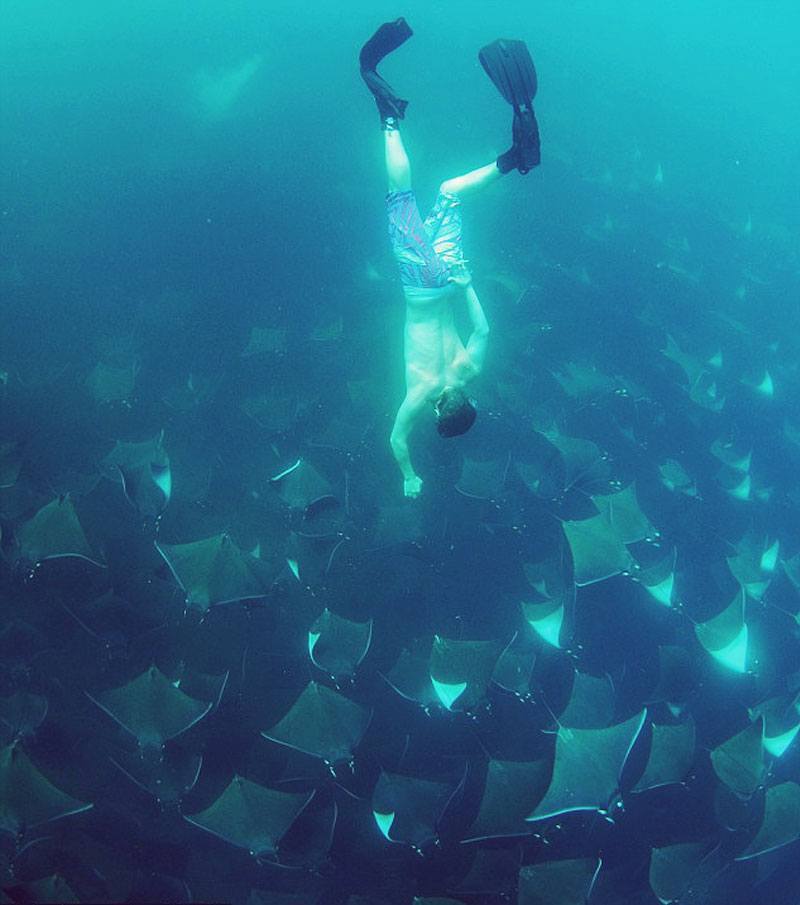 Check out footage of their amazing migration in the video below. Nature is totally amazing!

Being brave doesn't mean you're not afraid; it means you take action even when you're terrified. Officer Tony Becker of the Port Washington Police Department in Wisconsin was out on...

14-Yr-Old Roller Skater Shows Off His Moves With No Rink In Sight.

The Olympics may be a few years away for Guillermo Gomez Correas, but we have no doubt we'll be seeing him compete there one day! At just 14 years old,...

13-Yr-Old With Passion For Recycling Makes It His Mission To Send Kids To College.

What started off as a clever method for a 10-year-old to save money for college turned into a project that is making the world a better place. Genshu Price of...

Animals need many things from their humans, including food, water, shelter, and... 24/7 attention. OK, so maybe they don't need our attention that much. But according to some animals, that's...