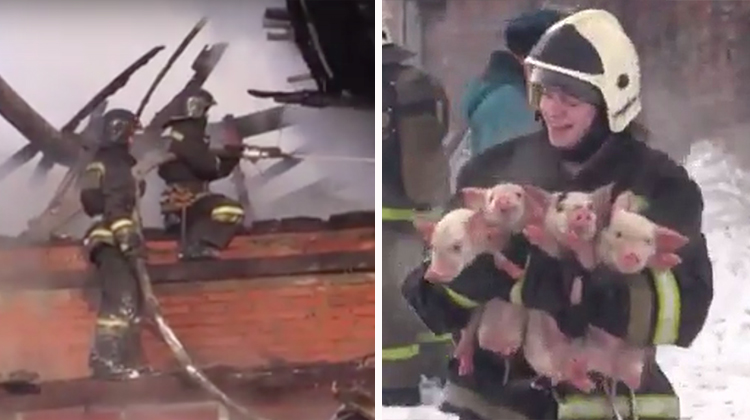 When you picture firefighters rescuing animals, you might have an image in your head of a man in yellow fetching a cat down from a tree, or maybe you recall the story we told you about firefighters pulling a litter of kittens out of a storm drain… You probably don’t picture firefighters in a Siberian farm surrounded by 150 pigs and piglets! But that was the scene last week when Russian rescuers responded to a call.

The firefighters were called to rescue a burning barn on a cold day in Siberia. When they arrived, they first rushed into the barn and began pulling out as many piglets as possible by the armful. Then the 25 firefighters formed a human chain to get the pigs to safety. The sight of firefighters attempting to herd the pigs around fire trucks and debris is certainly unusual… but also so cute! Video footage of the rescue is quickly going viral. 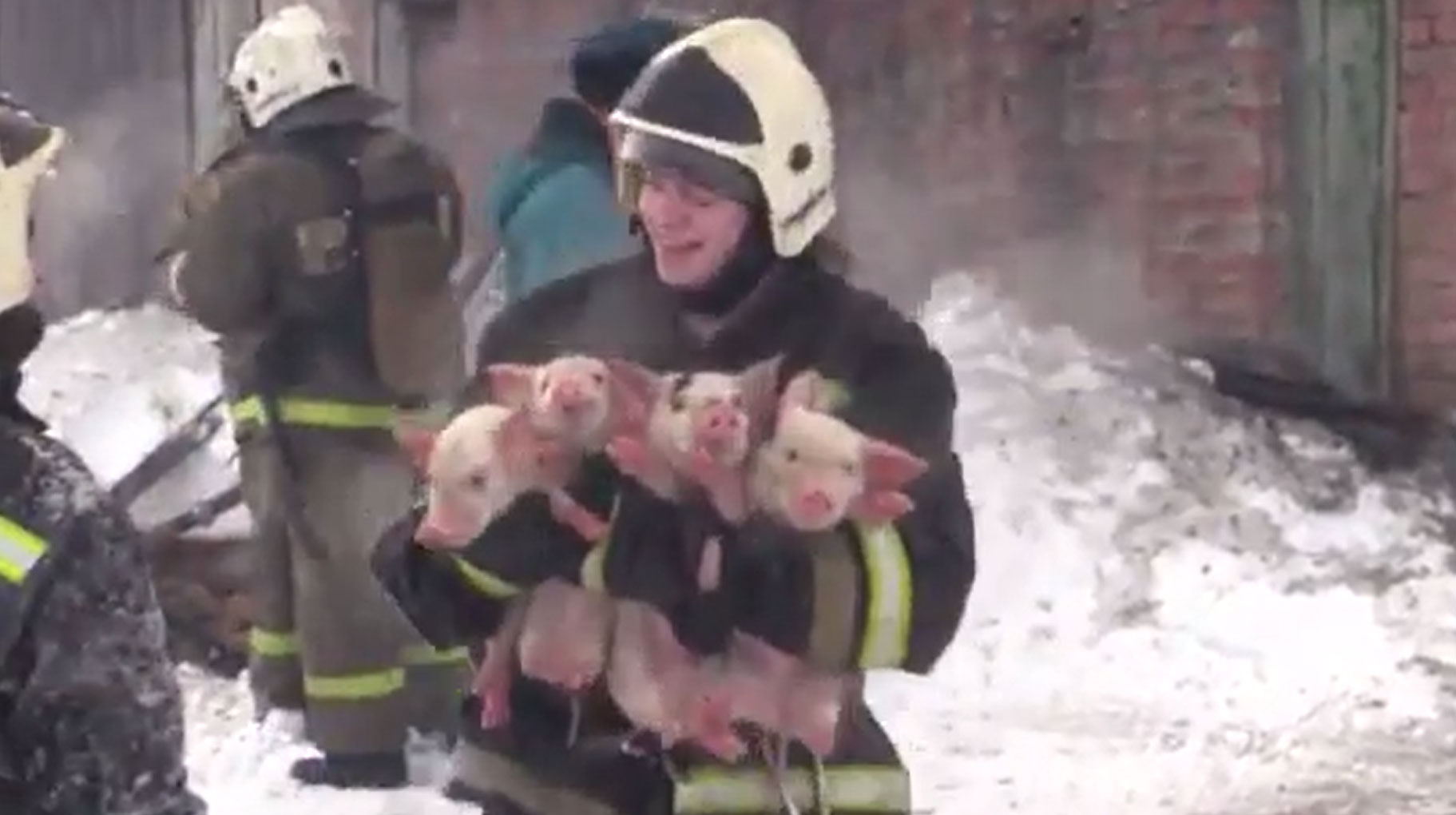 This isn’t the first time a pig rescue has gone viral. Just last week, we told you about the adorable piglet who was rescued from becoming barbecue and who unexpectedly stole his new dad’s heart. There was also the rescued teacup pig who become an Instagram star! But never have we seen a pig-rescue quite as unusual as this one. Kudos to all the firefighters involved!

Check out the video below to see the firefighters in action and share!