At 18, he’s already lost too many loved ones. That’s why he’s fighting the nationwide issue with a powerful force: love. 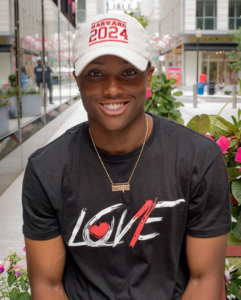 The teen has everything going for him. Not only is he a track and football star, but he’s been accepted into 24 colleges, seven of which are Ivy League institutions. Plus, he’s earned 16 scholarships! But he’d trade all of it to bring two special people back. Between September 2017 and October 2018, both RuQuan’s teammate and stepfather were shot and killed. 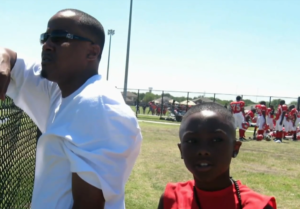 For RuQuan, enough was enough.

“I wanted to beat gun violence to the punch so that our families don’t have to continuously fall victim to tragic losses,” RuQuan told Because of Them We Can. So he started the clothing company Love1, whose goal is to encourage communities to put love first. 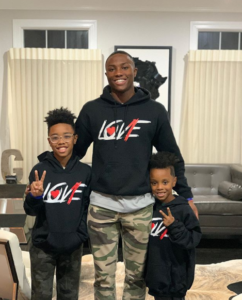 RuQuan and his mom, who helps him run the company, sell shirts, hoodies, wristbands, and other accessories. They also donate 20 percent of their profits to One Gun Gone, a New Jersey-based organization dedicated to keeping guns off of the streets. 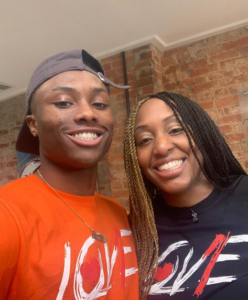 One Gun Gone‘s goal is “to take one gun off the street, make artwork from it and then sell that artwork to raise money to buy more guns off the streets with a police sanctioned gun buyback.”

“We’re eliminating a small fragment of the problem in order to reduce the amount of our loved ones being taken from us,” RuQuan added. 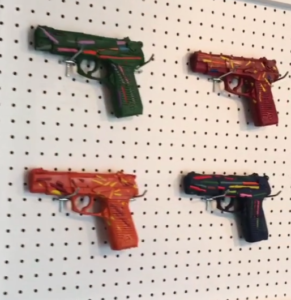 What a beautiful way for RuQuan to honor his teammate and stepdad. If you’d like to support his mission to end gun violence, consider making a purchase here.

Learn more about the inspiration behind Love1 in the video below, and share to spread support!