While magic isn’t real, our dreams can still come true!

As a child, Romar Lyle of Brooklyn, New York decided he wanted to be in law enforcement. So he pursued a degree in psychology and criminal justice. Then he worked toward a master’s in investigative forensics, which is how he realized he wanted to be a police officer. But there was one problem. 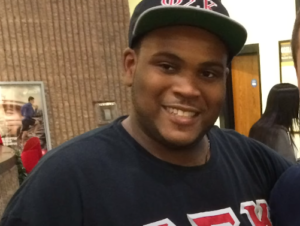 At 405 pounds, Lyle wasn’t healthy enough for the physical demands of the job. If he didn’t want to lose his dream career, he would have to change. 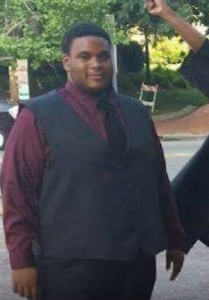 So he began taking control of his health! In 2015, a colleague invited him to a CrossFit gym near the campus where he worked as a resident director. At first, Lyle said he felt self-conscious and embarrassed, but he received only support and encouragement from the community, so he kept going.

“I started to love it,” Lyle told GMA. “It wasn’t even about weight loss anymore. I genuinely had fun working out and trying to build a better life.” 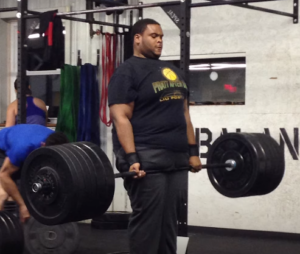 By the time he received his master’s in 2017, he’d dropped more than 100 pounds — which was enough to enroll in the police academy! Seven months later, he graduated with the 120th Basic Recruit Class, having lost a total of 183 pounds.

Now he’s known as Officer Lyle of the Richmond Police Department in Virginia and has an important message to share: “If you really want to do something, just set your heart to it. Surround yourself with people who will support you, family and friends, and just remember that as long as you believe in yourself, no one can tell you who you are.” 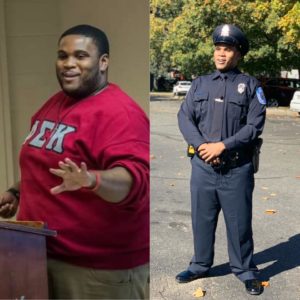 Lyle is proof that we don’t need magic to make our dreams a reality. Thanks to his hard work, determination, and courage, he is making a difference every day. Keep inspiring the world, Lyle!

Learn more about his journey to a better life in the video below, and share this story with anyone who needs motivation!

From a young age, Jeffrey Wall of Ohio was taught to look for ways to help others. At just 6 years old, his parents enrolled him in classes to learn...

Since the moment he was born, Jared Wells of Utica, New York, has been fighting for his life. Born with cystic fibrosis, a progressive, genetic disease that causes persistent lung...

7 Simple Ways This 63-Yr-Old Woman Dropped Half Her Weight.

Diane Naylor, who is now 63, moved to Oakhurst, California and was excited at the prospect of taking advantage of the hiking and biking trails in Yosemite that were near...