Roger Hodgson has been encouraging people through song for decades since Supertramp’s classic hit “Give A Little Bit” first released in the ’70s.

But this year, the legendary singer saw his lyrics come to life when he heard of a wonderful fundraising campaign named after his song. That’s why he jumped at the chance to join in and “show you care.” 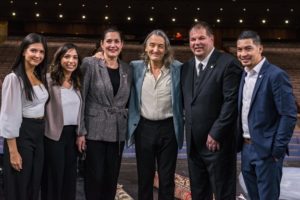 Jake’s House is a Toronto-based nonprofit dedicated to helping children and adults touched by autism. The charity holds fundraiser events to raise awareness about autism, provide resources for families, and build a supportive community. For Autism Awareness Day, the organization invited a special guest to perform “A Legendary Night” at the Sony Centre — and Hodgson was all for it.

“I wrote the song ‘Give a Little Bit,’ but Jake’s House is putting it into action, and that really inspires me,” Hodgson said. So on April 2, he sang a number of fan favorites for an audience of 2,000. 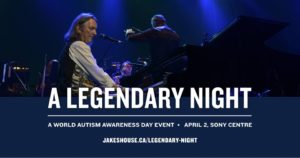 Keeping with the giving spirit of the night, Hodgson’s final song was “Give A Little Bit.” And it was undoubtedly his most inspiring performance — thanks to the four teens he invited onstage. 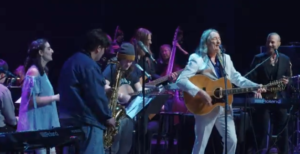 Spenser, Rawan, Luc, and Ron are all young musicians on the spectrum who had the audience going wild. Their talent combined with Hodgson’s voice, four-piece band, and 30-piece orchestra made for one seriously magical experience. But more importantly, they helped raise money to support others who face struggles similar to their own. Now that’s giving back. 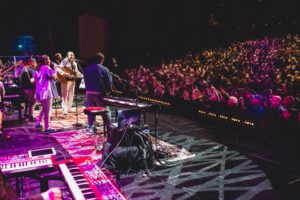 This was Hodgson’s first time participating in an autism charity event, but after that amazing night, something tells us it definitely won’t be his last.

Watch the group’s moving performance in the video below, and share to help raise awareness about such a great cause!