Lucky few are born with the ability to create breathtaking art with just their bodies. Some stun with angelic voices. Others move so gracefully they can’t help but captivate everyone who watches. 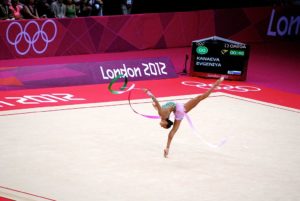 Fans agree one of Kanayeva’s most incredible performances took place at the 2011 World Rhythmic Gymnastics Championships in Montpellier, France, where she won gold and inspired millions with her gorgeous ribbon routine set to Chopin’s “Fantaisie-Impromptu.” 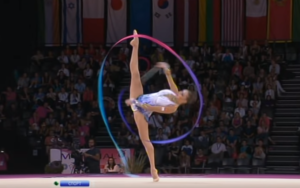 Not only did Kanayeva display insane balance and flexibility, but she synced the ribbon’s movements perfectly with the music. As she danced and twirled the ribbon around, it became less of a prop and more like an extension of her own body. 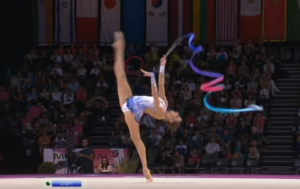 Even when Kanayeva tosses the ribbon high into the air, it’s as if it waits until she’s ready to glide back into her hand. Despite the countless hours she must have put into practicing the routine to perfection, everything she does appears effortless. And it’s a joy to watch her, as millions who’ve viewed the performance agree. 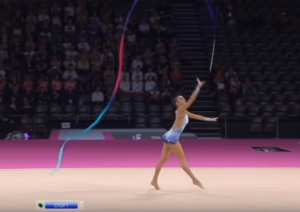 “I could be deaf and still be able to imagine the beauty of Chopin’s piece just by watching her,” one viewer wrote on YouTube.

Another added, “The ribbon is her wand and the music is the spell.” 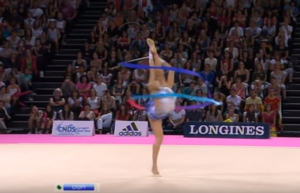 It’s almost a shame Kanayeva is retired, now, though she’s definitely earned her rest and relaxation. But her days of amazing people across the globe are far from over, thanks to all the footage of her past routines. What a star!

Watch as Kanayeva enchants everyone with her talent below, and don’t forget to share.