Joseph Weis has been a pilot for the past 35 years, so as he prepared to retire, he reflected on the interesting places he’s traveled and the connections he’s made with his passengers.

And on his final American Airlines flight from Madrid, Spain to Miami, Florida, he decided he wanted to pass on his legacy to the next generation — and found a beautiful way to do so! 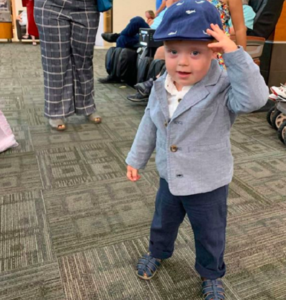 It all started with Hezekiah “Ki” Alsedek, a 2-year-old with Down syndrome. Ki was making the journey home after taking his first international flight with his mom Sarah Tamar Klitenick. They were flying standby and ended up in the very back of the plane next to a woman named Wendy, Joseph’s wife!

Sarah and Wendy chatted throughout the journey, which was when Sarah learned about Joe’s retirement and the traditional water salute he would receive after they landed. 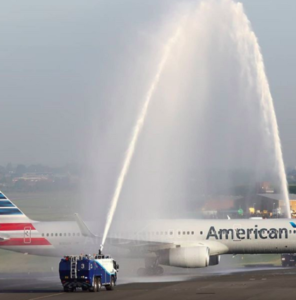 To Sarah’s surprise, halfway through their journey, Joseph left the cockpit and came to sit next to her. She realized Wendy must have told him about Ki, and incredibly he’d selected the little boy as his “replacement.” He asked Ki to come see him after the flight so he could ceremoniously pass his wings to the little boy.

“We were all in tears over the monumental statement!” Sarah said. So of course, after they landed, the mother and son made their way to the cockpit.

In a video recorded by another crew member, the captain removes the metal wings from his uniform and pins them on Ki’s shirt. 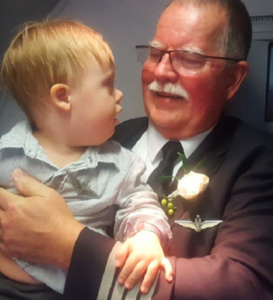 Sarah said she and Ki felt touched after being included in Joe’s special day. “The level of servitude it takes to give 35 years to a company is beyond my grasp as I only turn 35 years old this November,” she said. “When I think of how many people he brought together for all their special occasions … only with a captain to fly the plane could it happen.” 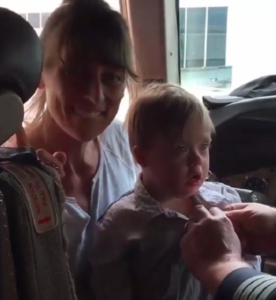 Now that they’re home, Sarah said Ki still talks about “Captain Joe” and wears the wings everywhere he goes. Clearly, his first flight made an impression! Thank you, Joseph, for making your last day in the air so special for this family, and congratulations on completing a successful career!

Watch Ki receive Joseph’s wings in the video below, and don’t forget to share.