In a perfect world, every disabled person would have access to the treatments and equipment they need. But as we all know, that’s not the reality we live in.

Many people require the use of power wheelchairs to get around. Unfortunately, not all can afford the expensive price tag that comes with them. That’s where one incredibly selfless man — who’s in a wheelchair himself — comes in. 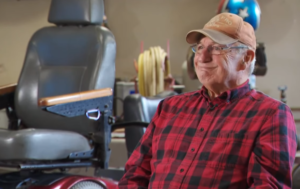 Bill Waldschmidt’s passion used to be restoring classic cars. But after recurring health issues confined the retired engineer to a wheelchair, he had to give up the hobby for good. 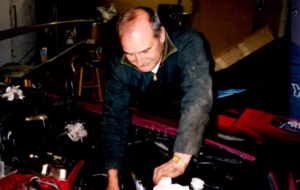 At four years old, Bill contracted polio. While he spent most of his childhood on crutches, he regained his strength as an adult. He was able to walk on his wedding day but developed post-polio syndrome decades later in his 60s. His weakened muscles forced him into a wheelchair — but they never quashed his desire to create and build. 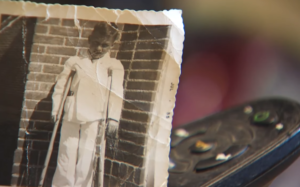 Ever the problem-solver, Bill now uses his automotive shop in Randolph, Minnesota, for much nobler pursuits. Namely, he repairs and restores dozens of power wheelchairs, then donates them to people in need. While he reminisces from time to time about when he worked on cars, he says what he does now is infinitely more satisfying. 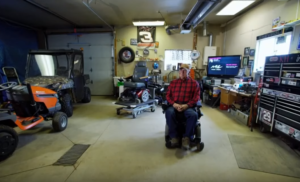 “I delivered a wheelchair to a guy who came out crawling, he had no legs,” Bill said. “He got right up into that wheelchair, biggest smile on his face.” 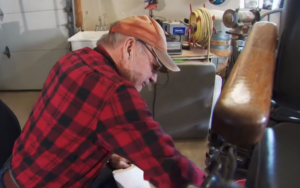 Don Johnson, a Vietnam veteran who is missing his right leg, still can’t believe Bill gave him a wheelchair for free. “I’ve never had a gift like this, never,” Don tearfully said. “He’s the kindest man on the planet that I’ve ever met. He does all this out of his heart, just out of the kindness of his heart.” 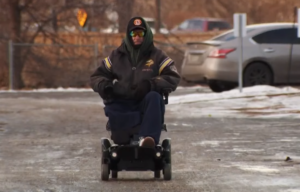 Truer words have rarely been said. Bill could have become bitter and angry at the world after everything he’s dealt with, but he let his misfortunate empower him to make others’ lives better. You’re an inspiration, Bill. Keep up the amazing work!

Learn more about Bill’s new passion for wheelchair restoration in the video below, and don’t forget to share.