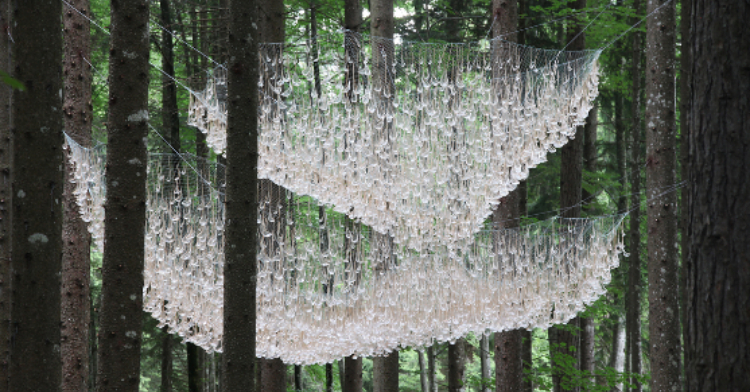 A forest is the last place you’d expect to find a chandelier, but John Grade’s gorgeous creation is no ordinary fixture.

The Seattle-based artist is known for his installations influenced by nature, including “Drawdown,” a wooden structure in Redmond, Washington, inspired by balancing rocks near the Colorado-Utah desert. And hanging between trees in Italy’s Arte Sella Sculpture Park is John’s most stunning piece yet. 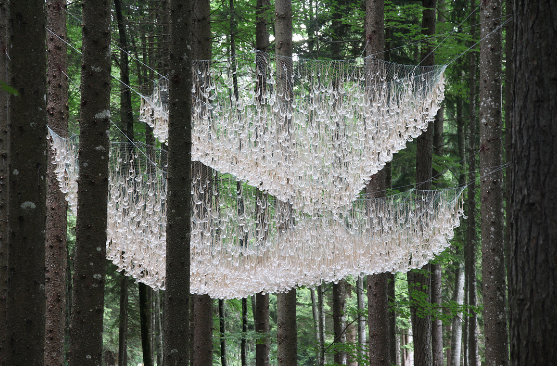 Unveiled in 2018, “Reservoir” is made up of 5,000 heat-formed droplets. Each is shaped from casts of cupped human hands and framed by steam-bent strips of Alaskan yellow cedar. These plastic pouches collects rainwater and are attached to fishing line and suspended nets, which fall when it rains and rise when the water evaporates. 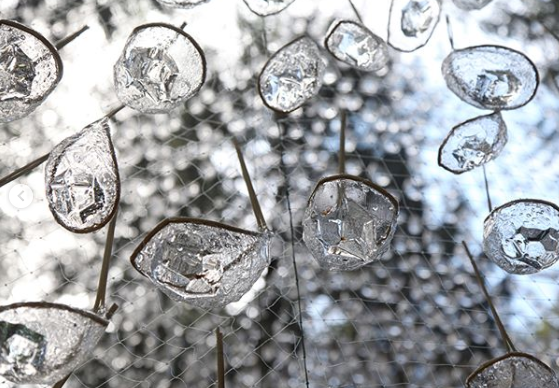 According to John, the sculpture is about 65 pounds when dry, but can weigh more than 1,000 pounds filled with water. 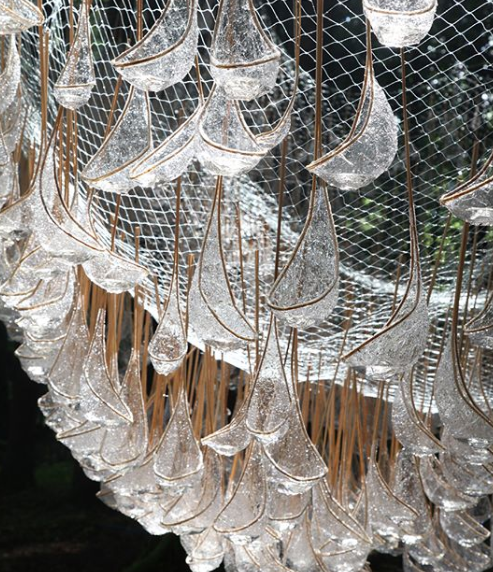 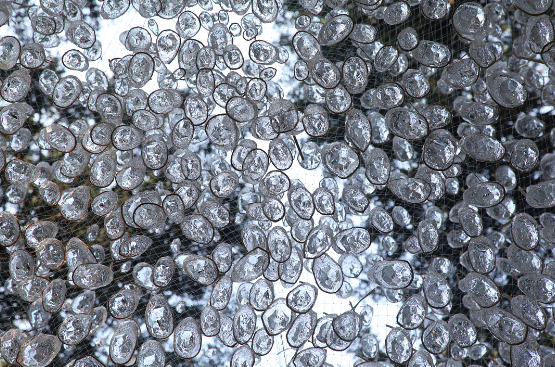 As for that last part, Reservoir actually does respond to people in a way. When the sculpture was first revealed, Andrea Rampazzo and other dancers incorporated it into a performance, pulling the tree lines to make it move along with them. 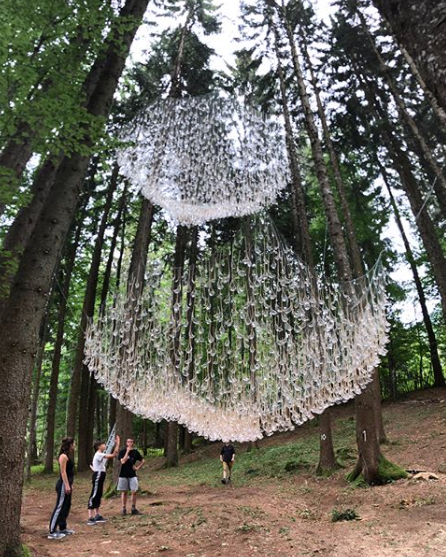 The word beautiful doesn’t do Reservoir justice, but fans have accurately described it as otherworldly and exquisite. Whatever you want to call it, one thing’s for sure — it takes our breath away. You can find more of John’s unique work on Instagram and his website.

Share so others can gaze in wonder at this work of art, too!