There are times when we don’t choose an animal to adopt; they choose us.

Nate Troy wasn’t looking for a new pet as he made his way to his car in a parking lot near his home, but a stray tabby cat had other plans. The second the cat spotted Nate he jumped right into his car and refused to budge. Even though Nate is allergic to cats he knew right away that he’d been adopted. 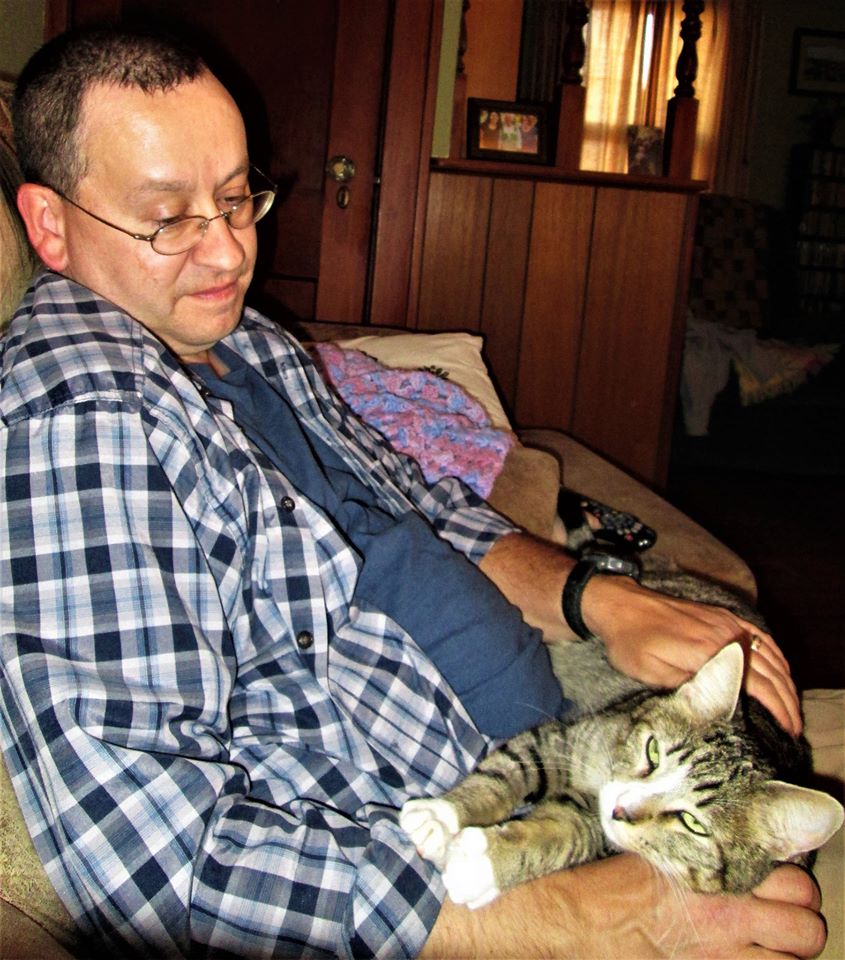 Nate took the cat home to meet his wife Sara Stromseth-Troy. The couple was taken in by the cat’s persistence and quirky personality. Because he’d clearly chosen Nate, they decided to call the cat “Dibs.”

“Nate has a severe dander allergy but knew that Dibs had chosen him to be his human,” said Sara. As they adjusted their lifestyle to include a new pet, Nate and Sara initially let Dibs go outside as well as living inside their home. Unfortunately, he ended up getting in a few fights with other cats, so they decided he should be an indoor-only cat ⁠— but not before they discovered Dibs has an unusual fondness for snow.

“That first winter, Dibs played outside in the snow for hours, frolicking, leaping and having the time of his life,” Sara said. “I have never seen anything like it.” 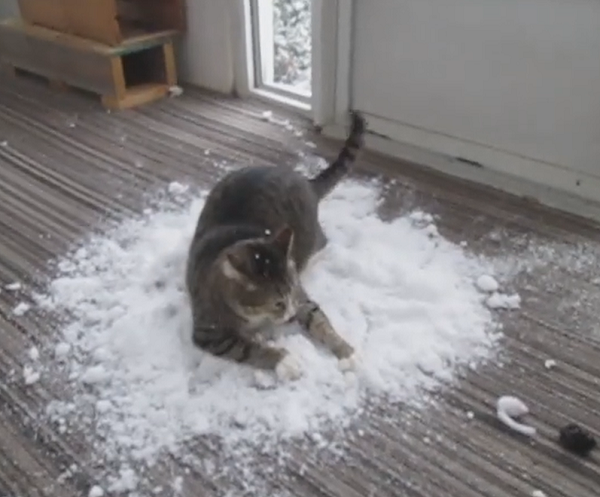 It soon became clear that the one thing Dibs missed about going outside was rolling around in the fresh snow. One day as Troy was shoveling the front walk he decided to bring in a shovel-full of the white stuff, spreading it out on their all-season porch and sitting back to see what would happen. Dibs followed his friend all the way from the door to the porch, meowing the entire time, and then pounced onto the pile of snow. He became instantly frisky and started playing in the fresh powder.

Sara grabbed the camera and recorded a quick video, uploading “snow kitty” footage to her Facebook page. After thousands of likes and shares, they soon realized people loved watching Dibs in the snow, so she started his own Facebook page for him. The Troys say that every single time it snows Dibs waits patiently for his shovel-full. “He is always excited when he sees the shovelful of snow and we call out, ‘Dibs!! Snow,’” Sara said. “He meows back to us in response and runs out to the porch each time.” 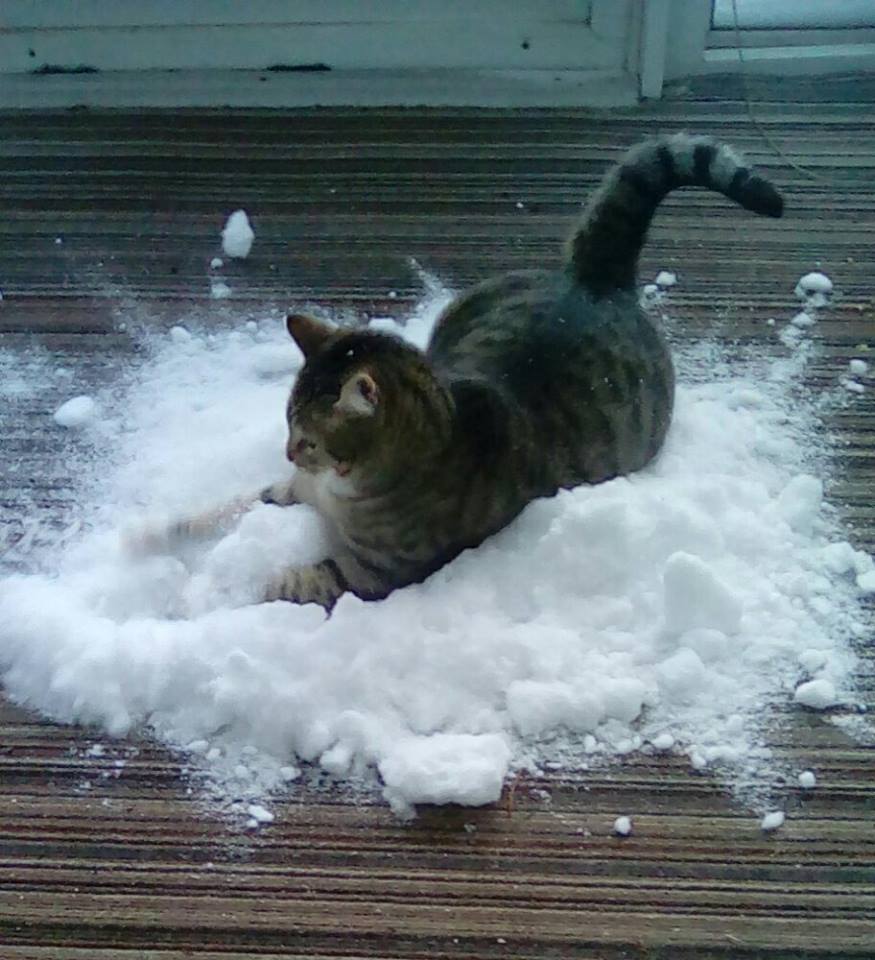 We’re sure this family is so happy that the cat chose them, and Dibs has to be happy to live with a family that will actually bring snow into the house for him to play in.

Watch Dibs the “Snow Kitty” in action in the video below, and don’t forget to share.