Jenga is a tricky game that requires strategic choices and physical dexterity. It can be tough for even the most skilled players — unless you happen to be this particularly adorable puppy.

Meet Remington, or Remy for short. She’s a five-month-old chocolate Lab who’s all about that party scene… or, at least, the fun games that come with it. 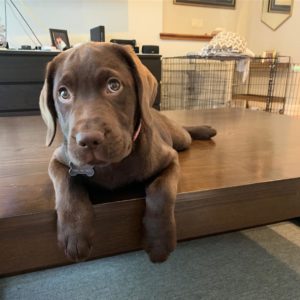 The pup recently got to show off her gaming prowess when her owner, Ashley Agapiou, threw a March Madness party. Ashley had a giant set of Jenga blocks stacked up near where everyone was watching basketball, but Remy was the only one who seemed interested in playing.

“Everyone was very focused on the game, as it was a big play,” said Ashley. “But I didn’t care much about the game, so I was watching Remy and saw her intrigued with the Jenga game.” Just as Ashley began recording, Remy loosened one of the bottom blocks, immediately capturing everyone’s attention (bear in mind, Remy had never seen Jenga played before).

Would she be able to pull it out without knocking over the stack? Unlikely. 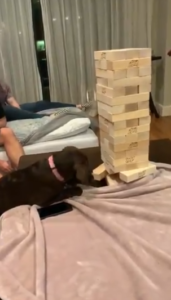 But then, proving herself as the Jenga master she is, Remy expertly tugged the solitary block free with her mouth. And the stack? It swayed a bit, then remained standing!

The party-goers whose eyes were previously glued to the screen were now cheering and clapping for the little puppy who casually nailed such a difficult move. “We were all in utter shock by what just happened,” said Ashley. 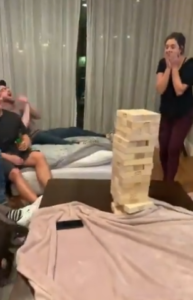 As for Remy, the proud girl promptly took off, carrying her prize out of the room.

“Normally, we don’t let her have things that aren’t her own toys, but we figured she deserved to chew on it for a little bit after that impressive snag!” 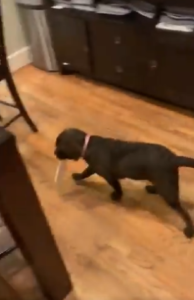 Of course, Ashley had to share the video. And when the popular Twitter account WeRateDogs got wind of the pup’s talent, they gave Remy a rare 14/10 rating! They shared the video as well with the caption, “This is Remy. She’s a Jenga legend. Not sure why anybody doubted her. It’s a simple game when you’re good.”

Millions watched and praised the good girl for her insane skills. Some suggested doggie Jenga should be made into a real sport. We agree. 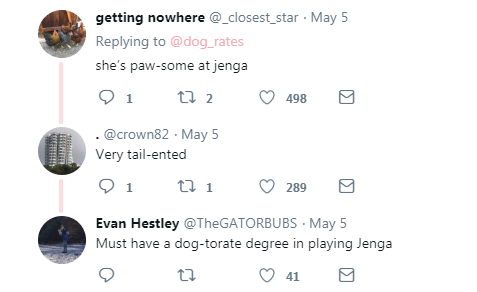 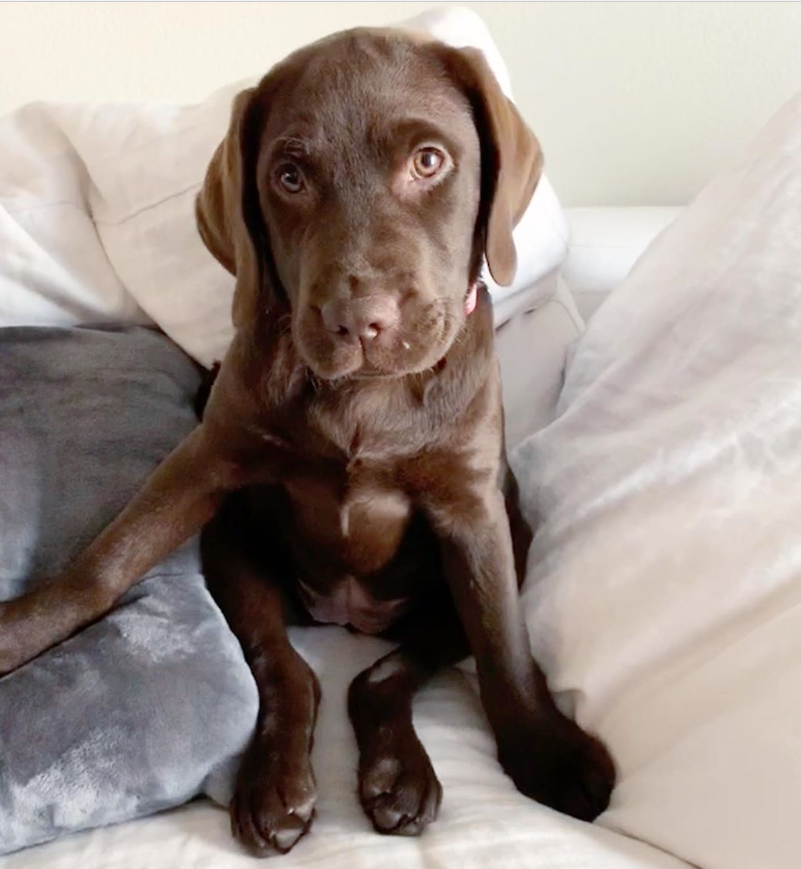 As if people didn’t have enough reasons to adore this sweet girl. Watch as the puppy wins the game and everyone’s hearts below, and share with all your dog-loving friends!

Sometimes parenting more than one child at a time can feel like herding cats. Apparently, humans aren't the only species with their hands full. In a video, residents in Winchester,...