Bonnie Curry and the team at KLTY 94.9 are in the business of making people smile in and around Dallas, Texas, especially those who can’t seem to get a break. So when Courtney Tidwell brought her friend’s plight to the radio station’s attention, Bonnie listened.

Rebecca Polson lives in Granbury, Texas, but she can’t work because she’s a full-time caregiver for her son, Rhylon. While this brave little two-year-old waits for an available kidney, he undergoes 10 hours of dialysis each night, and she’s there by his side every step of the way. He also relies on her to take him to multiple medical appointments. 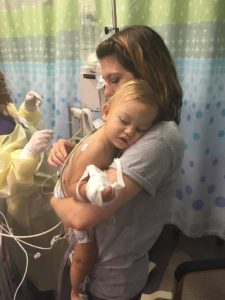 But in August, just four months after Becca bought a car to take him to those appointments, it was totaled in a hit-and-run incident. Thankfully, neither Rebecca nor Rhylon was seriously injured, but she only had liability insurance, which meant she couldn’t replace the car.

That car was Becca’s only way to get her son to his doctors’ appointments and they “are not optional!” 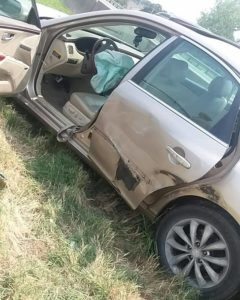 That’s according to a GoFundMe page Becca’s friend set up to help raise funds so she could buy another car. But as it so happened, she had another friend who was helping to spread the message… but in a sneakier way. 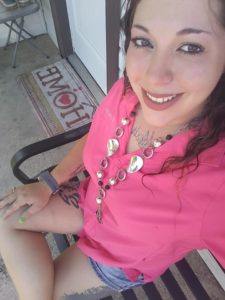 This is Courtney, the friend who contacted KLTY and told them about her friend’s plight. Two months after that hit-and-run accident, Rebecca and Rhylon made their way to Roanoke, where they were treated to what must have been a highly anticipated dinner. Becca had had enough drama to last for quite a while, so forgetting about her problems and just enjoying a night out must have been a real treat.

But it wasn’t her only treat. When she walked back out to the parking lot, she was ambushed by Bonnie and her crew, who said they just wanted to make things better for her… and presented her with a check! 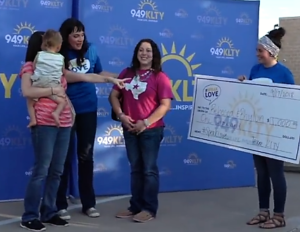 But these do-gooders weren’t done yet, not by a long shot. See those blue panels behind them? They weren’t just put together to create a backdrop, they were hiding something. But what?

Watch the video below to find out, and share to thank Courtney and the crew at KLTY for helping Becca out of a bind!