After all, he’s a wonderful father and loving husband. Not to mention, LaTorria said he’s always looking for opportunities to help his neighbors. He would even give the shirt off his back to a person in need — along with his shoes and socks! 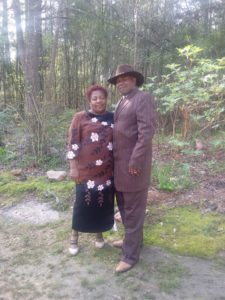 In May, Ray was driving a tractor in Magnolia, Missouri, when he noticed a homeless man on the side of the road. His shoes were tattered, so Ray pulled over and approached him.

That’s when he showed him a stunning act of kindness! Ray removed his own shoes and offered them to the stranger without asking for anything in return. Sierra recorded the moving encounter and shared the video online, where it has encouraged countless people!

“Rolled up on my daddy giving this man the socks and shoes off his feet,” she wrote on Facebook. “He noticed his shoes flopping while he was on the tractor. That’s why he’s so blessed. What a great man.” 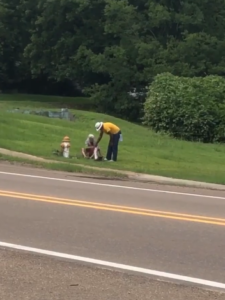 Afterward, Ray walked barefoot to his tractor and drove off. Nobody would have known about his good deed if Sierra hadn’t captured it on video.

We’re so glad she did, and we’re not the only ones! “I am in tears watching this,” one viewer wrote. “I have no words except the world needs more of this! Such a great man!”

Later, LaTorria added, “I just saw the guy walking downtown in Magnolia smiling just as big. Pops, that was a great deed!” 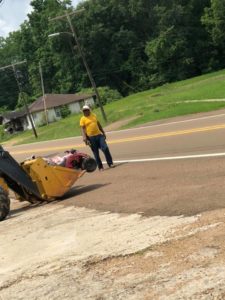 While Ray deserves all the love and praise people are showering on him, recognition isn’t what matters to him. He simply saw someone in need and decided to help! The world would be a better place if we all followed his lead!

Watch Ray’s beautiful gesture in the video below, and share this story to celebrate the man with a big heart.