The plane is taxiing for takeoff and my ten year-old daughter Caitlin is terrified.

She’s sitting next to me, folded into me, clinging to my arm, holding my hand, palms sweaty. This is her first flight since we flew to the TODAY Show together six years ago, and it’s possible we watched every episode of LOST with her in those intervening years, which might explain some of her fear, and probably does explain her suggestion that we pack sand toys (even though we’re flying from Chicago to Colorado in the wintertime) because she wants “something to play with on the beach if we crash on the island.” 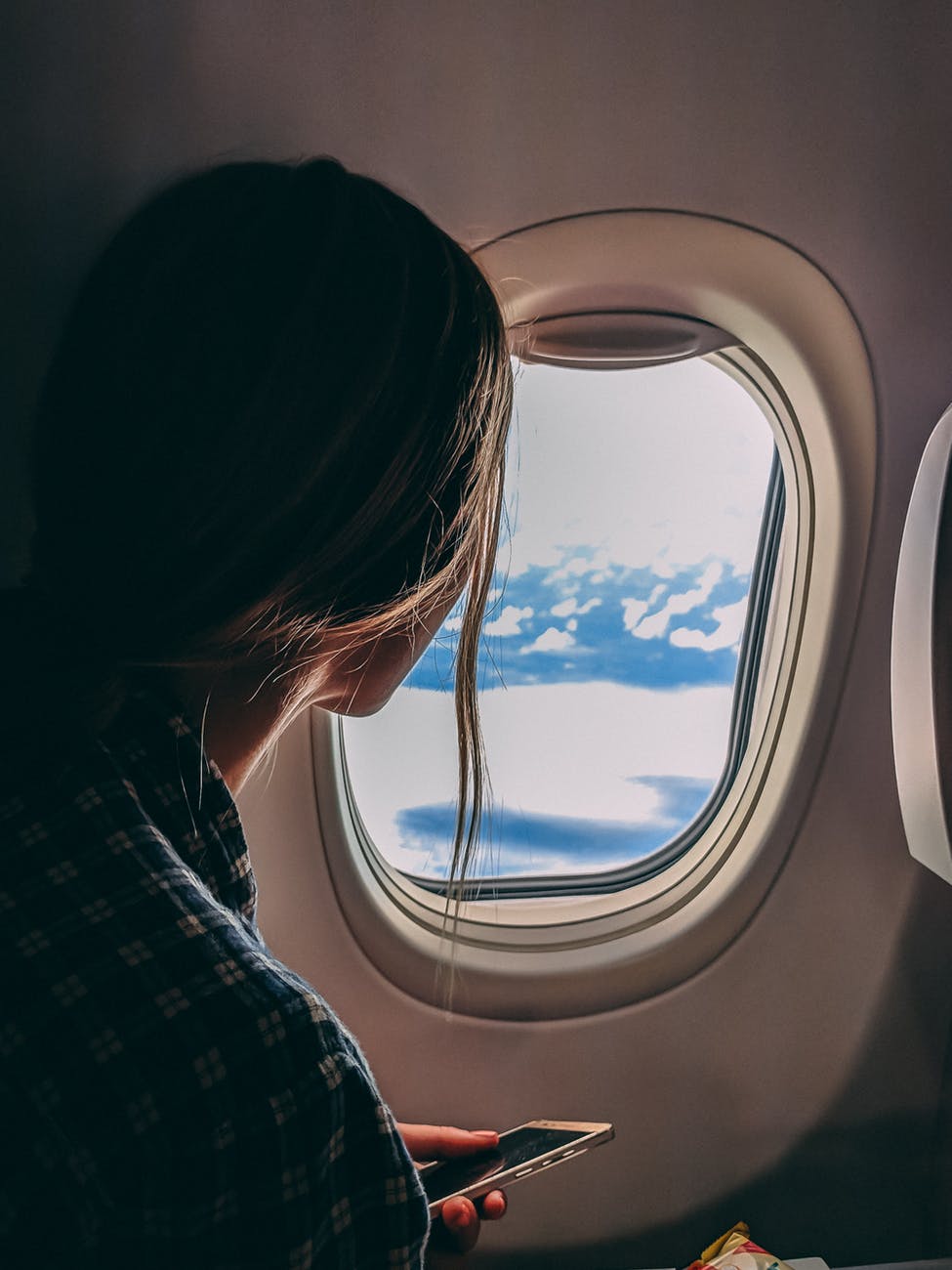 The pilot announces we are the next in line for take-off.

Caitlin’s sweaty grip on me loosens. She leans away from me and gazes out the window at the tarmac. She’s quiet. Contemplative. Then she looks back at me and, with a steady resolve in her voice, says, “I’m going to try to do it without holding your hand.” I tell her she is the bravest young lady I know. And she is. Especially according to a definition of courage by which I’ve been trying to live:

Courage is listening to your wisdom rather than your feelings.

Then, we need to run them through the sieve of our inner wisdom.

Our wisdom—or heart or soul or true self or center or divine ground, depending upon your culture or tradition—is meant to be the control center within us. It’s the quiet space within us, which can calmly sort through all the chaotic data of life, including our feelings, and suggest the most optimal path forward. When we run our feelings through this control center, we’ll discover that some of our feelings actually arise from the wisdom itself, but others do not. For instance:

Happiness. Infatuation. Shame. Depression. Rage. Arrogance. Worry. These are not bad feelings; they are human feelings. They are real and important and valid. But they don’t get to call the shots. The control center does. Of course, this control center can often be harder to hear than our feelings. However, I can assure you it is always broadcasting its best and highest instincts. Sometimes the reception is crystal clear. Sometimes we hear a little too much static. Sometimes, the radio waves seem to be empty altogether. That’s okay. When the reception is poor, it’s not a time to mindlessly follow your feelings.

It’s time to turn the dial.

Sitting in an idle plane at O’Hare, Caitlin turns the dial, finds her inner wisdom, and it tells her this is one of those hinge moments in her life. She can cling to her father, or she can cling instead to her own strength and resilience. The engines rev, we are pushed back in our seats, and Caitlin flies again, with her hands in her lap, and determination on her face.

Several hours later, we land in Colorado and, though I can’t prove it, I could swear Caitlin is walking off the plane about an inch taller. Now, though, I’m the one who is anxious. In a few hours, I’ll be on a stage delivering an address to a room full of exceedingly successful men. My feelings are crowded. There’s my lifelong fear about being unliked. Also, there’s a strong desire to hide the fact that this kind of thing still makes me anxious. And there’s a desperate urge to practice my talk until I’m certain I won’t make any mistakes. Instead, I think about Caitlin on the runway in Chicago. 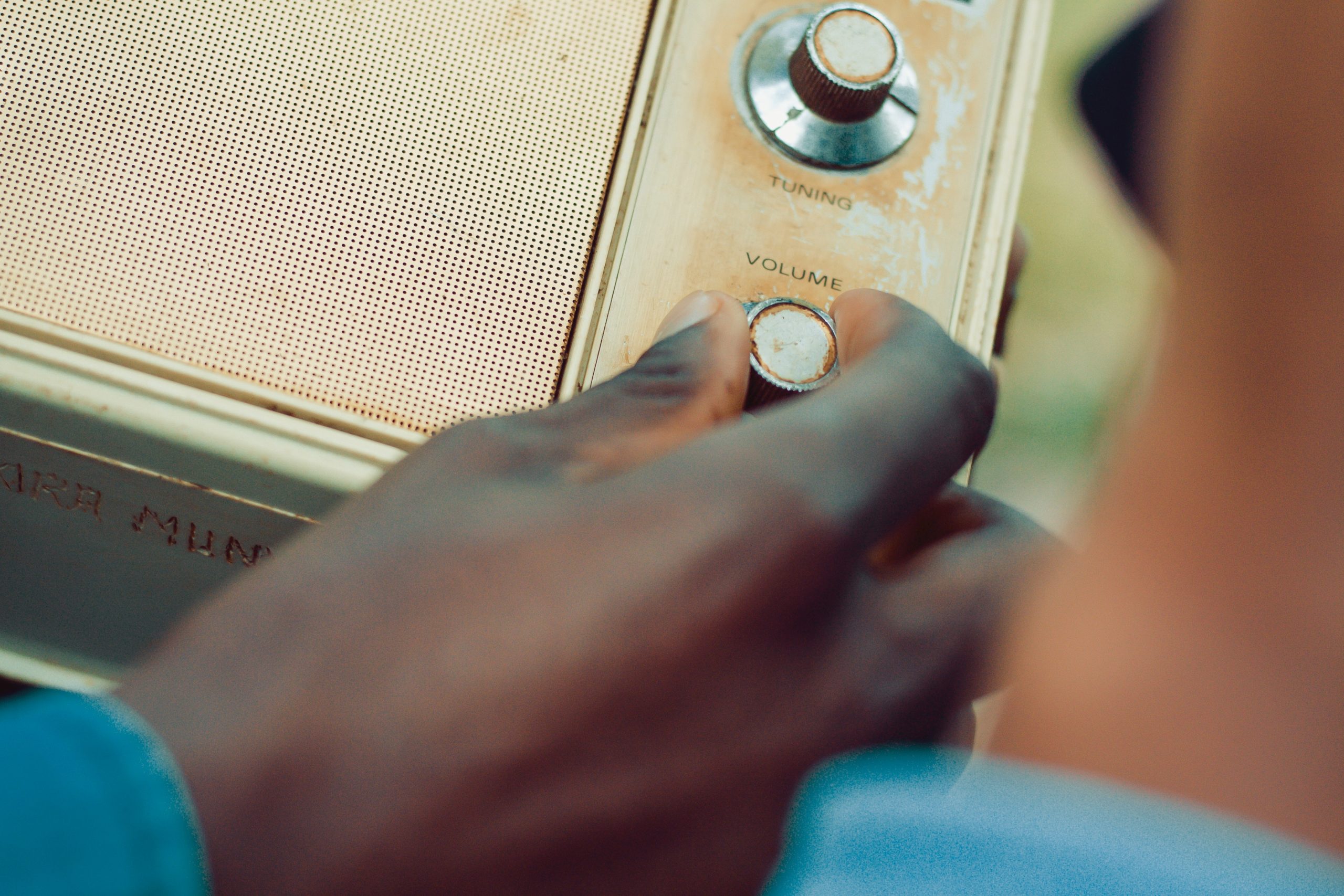 And I turn the dial.

And there’s my inner wisdom, this voice of grace within me, and it’s not assuring me I’ll do perfectly, nor is it telling me everyone will love what I have to say. It’s reminding me of what I discovered many years ago: that I’m loveable even if no one loves me. It’s reminding me that fear makes my life small, but walking my path in spite of my fear makes my life meaningful. Then, the control center within me says something totally unexpected: it tells me I’m going to have fun up on that stage.

And I know that’s truer than everything my fear has been saying.

You just need to keep turning the dial, until the broadcast becomes clearer.