Sydney Elise Russell couldn’t wait to turn eight years old — or for the adventures awaiting her in Florida.

It’s not every year you get to celebrate your birthday at Walt Disney World, after all. While discussing the festivities with her family, the little girl gladly traded a party for a trip to the “most magical place on earth.” But she had no idea that her mom, Tiffany McKinnon-Russell, had a special surprise planned for their arrival. 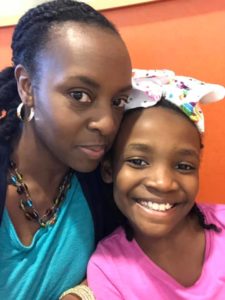 At the park, Tiffany led her daughter to the Bibbidi Bobbidi Boutique, where Sydney learned she’d truly be having a birthday fit for royalty. Her face lit up when she received a princess makeover… 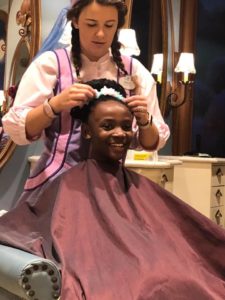 …and she took to the star treatment immediately. 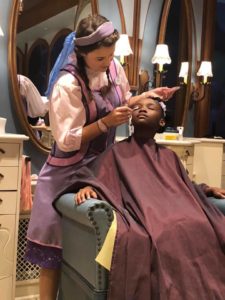 After transforming into Tiana from “The Princess and the Frog,” Sydney walked around the Magic Kingdom to meet other fellow princesses. That’s where she completely stole the show. 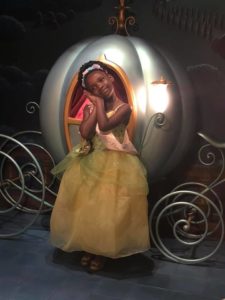 “The band was playing music and they started playing ‘When We’re Human,’ from ‘Princess and the Frog,'” Tiffany told GMA. And being an actress, dancer, and singer, Sydney wasn’t about to waste an opportunity to shine. 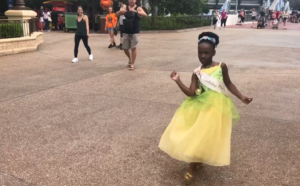 The little girl began dancing her heart out as Tiffany recorded the impromtpu performance. 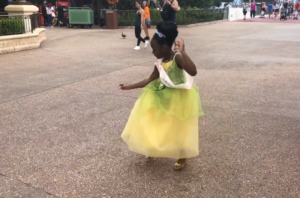 Passersby watched and grinned, including a PhotoPass photographer who brought her closer to the Walt Disney World Marching Band. Soon, Sydney’s dancing had captured the entire crowd’s attention. Millions more watched in awe when Tiffany shared the footage on Facebook. 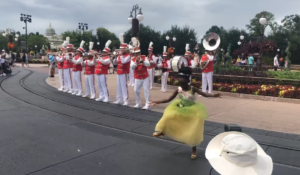 “It was just a surreal moment. She’s super extroverted, big personality, she’s just a showstopper,” Tiffany said, adding she hopes the video will inspire other parents to encourage their children to go after their dreams.

“Whatever it happens to be, that helps them explore those things now, and kind of find their identity and what they love now, because you never know what it is that you’re sparking in your child.” 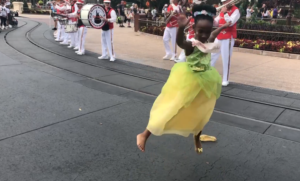 Sydney’s big day couldn’t have been more perfect because on top of all that, she also got to meet Princess Tiana herself at the park. Talk about the best birthday ever! Keep shining, Sydney, like the star you are!