Parents love surprising their kids: The looks on their faces when it starts to sink in, the shrieks and tears of joy — all priceless. And the same holds true for pet parents, although, whether it’s possible to build up the suspense for cats and goldfish the way this guy did for his canine brood is anyone’s guess.

The great thing about dogs — one of the many, anyway — is that they truly wear their hearts on their sleeves. You can pretty accurately predict when it’ll click and how they’ll react when they realize they’re on their way to their favorite place in the entire world.

A YouTube user who goes by the handle T3 posted a video a few months back that shows him driving with his four German shorthaired pointers. The dogs know something’s up with this little road trip, and they start to softly whine.

Dad lets the suspense build for the first 10 or so seconds, then, very slowly says, “Alright, y’all, where are we goin’?”

You can almost see it on their faces when they realize… it’s park time! 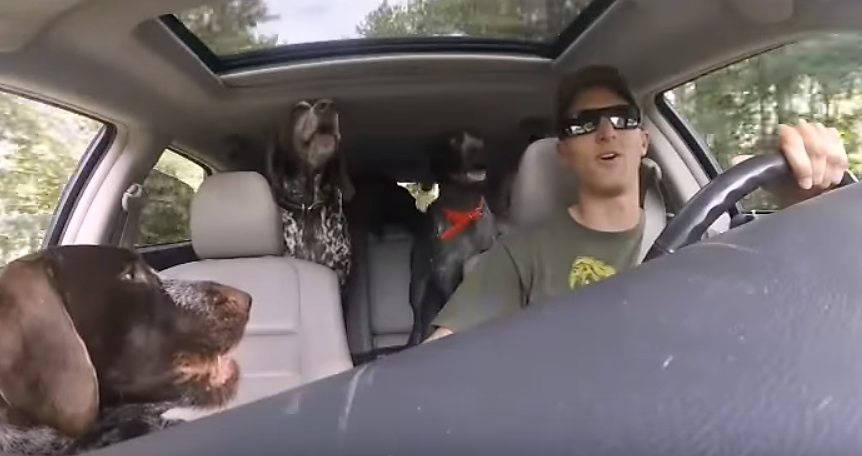 The realization fully sets in and they totally lose it. Your heart will do flip-flops just listening to their high-pitched howls of excitement, and maybe even make you want to take your furry buddy(ies) out to their special place! 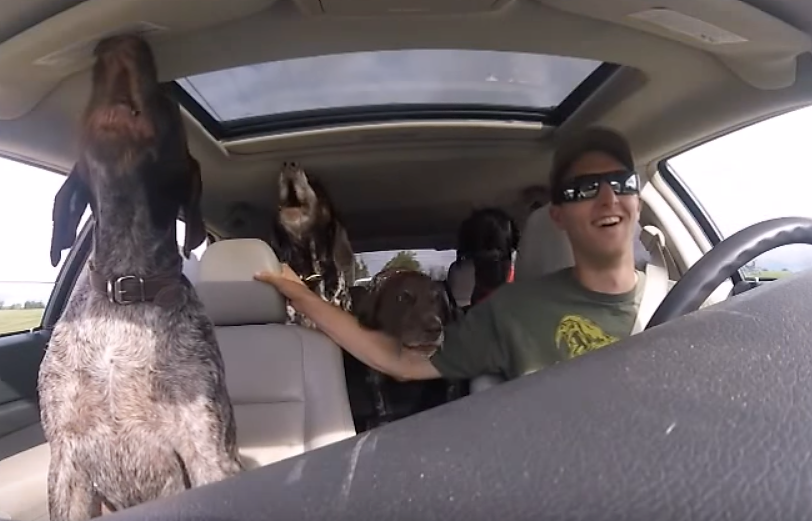 The one dog in the front is so enthusiastic, he pushes his nose to the car’s roof and continuously howls. And the middle pup eventually can’t control himself, pushing his way to the front. 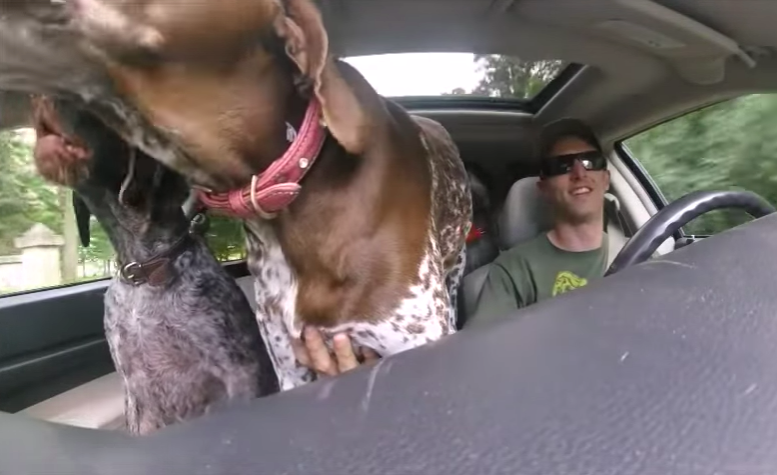 Watch the hilarious video below, and be sure to share to spread smiles!