Based on stereotypes, there are certain dogs that are more ‘desirable’ than others…

It’s probably a tiny Golden Retriever or a Yorkie that’s stolen your eye in the past, but one breed can be looked over because of some negative stories. French photographer Sophie Gamand is on a mission to change that stigma with her new and incredible project, “Pit Bull Flower Power.”

The goal of the project is to “help rescue pit bulls get adopted by showing them in a different, more positive light.”

Using delightful head-wreaths made out of beautiful flowers (and adorable pups) Gamand has created a brilliant line of photos that are melting hearts all over the internet. 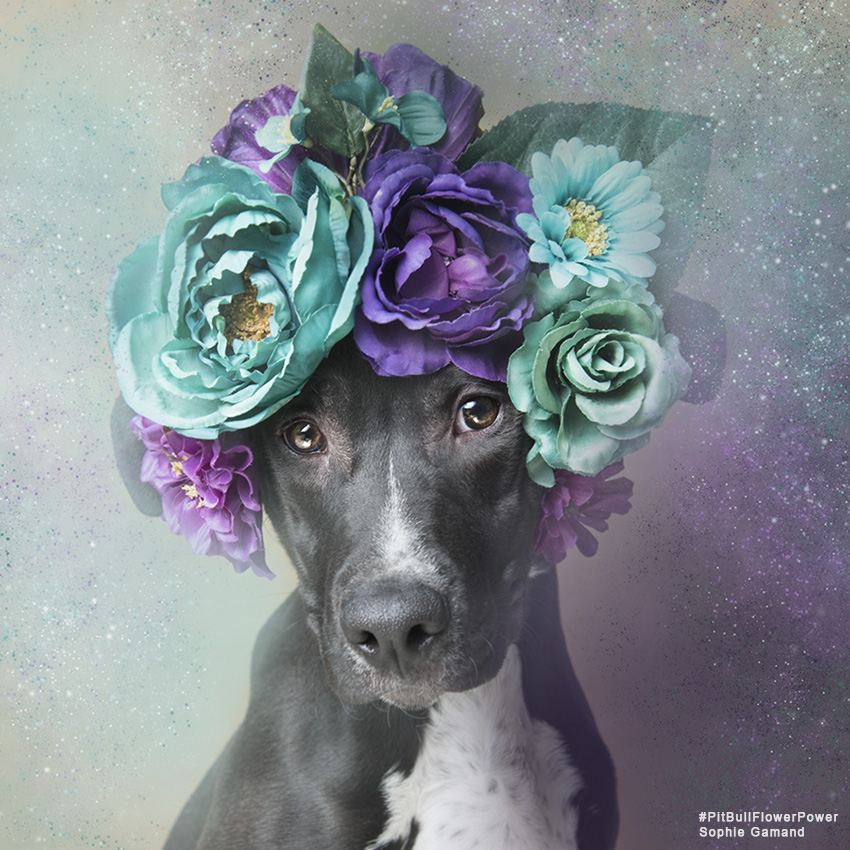 Her inspiration comes from the horrific statistic of between 800,000 and 1 million pit bull-type dogs are put to sleep in the United States each year… and she wants to reduce that number! 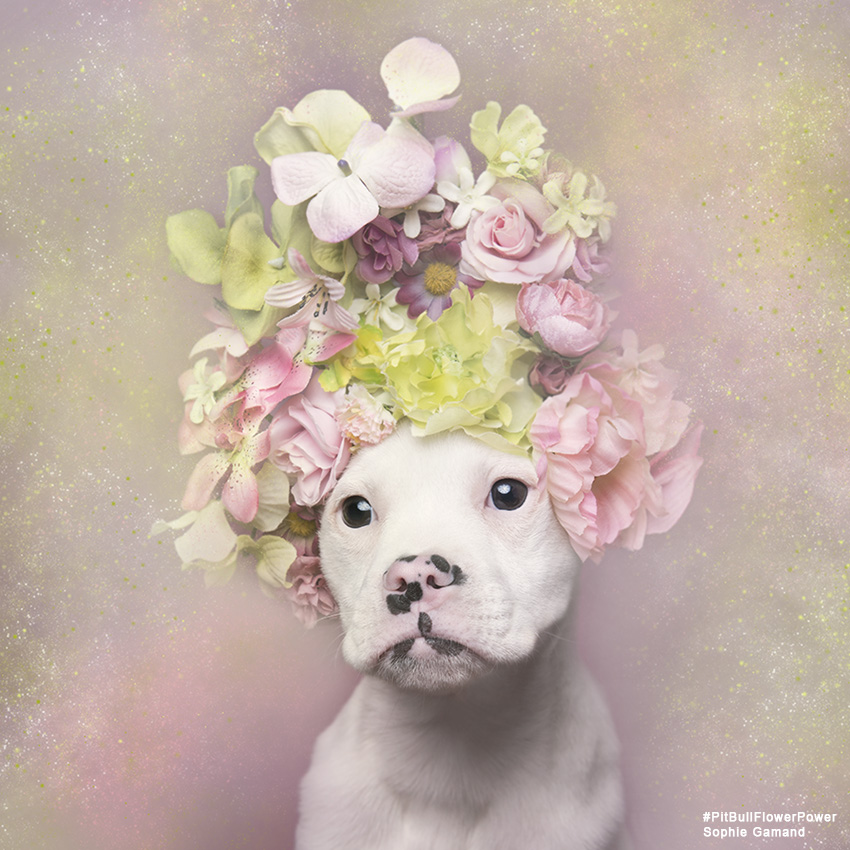 The program is about a year old and began when Gamand was volunteering at a shelter.

“The stories I had read in the media, the fact that they are banned in my home country, France, and being mauled by a large herding dog in my childhood made me feel apprehensive around them,” Gamand told HelloGiggles in an interview. “This project was a way to get to know them better. The first time I tied a flower crown around a pit bull’s head, at a local shelter, I thought for sure I would get bit or something terrible would happen. But she just sat there, looking at me with deep, soulful eyes. There was so much depth and wisdom in her face. I knew the series had found a meaning that went beyond what I had anticipated.” 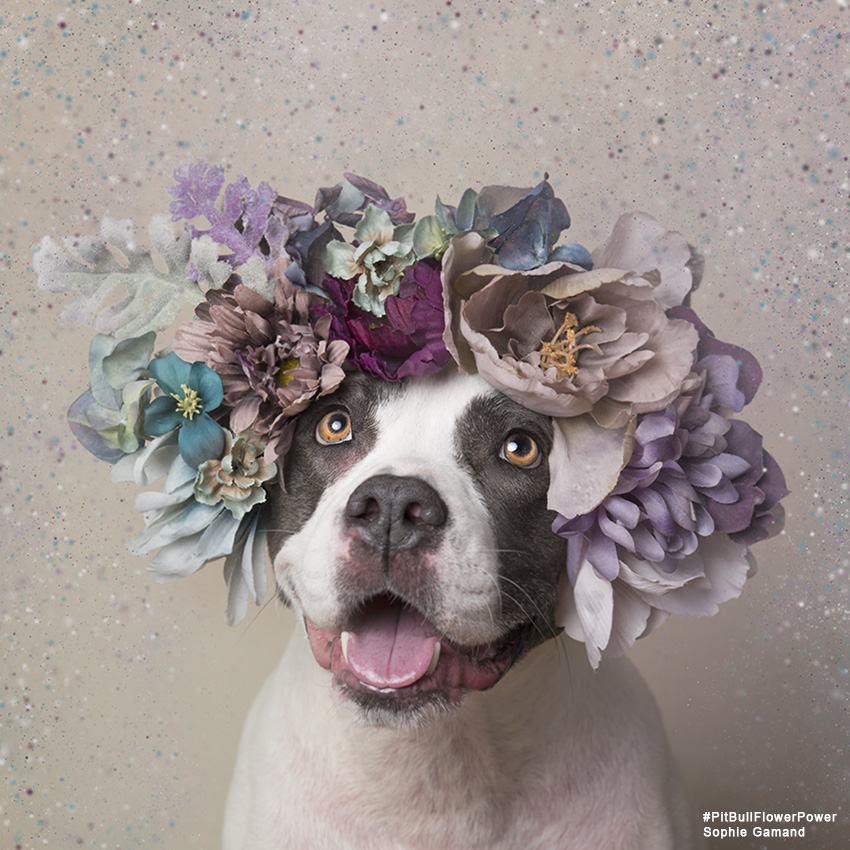 Gamand also said, “I am curious to see the power of art, how it can influence the way we deal with the world around us. If those pictures were the only image we had of pit bulls, would we still be afraid?” 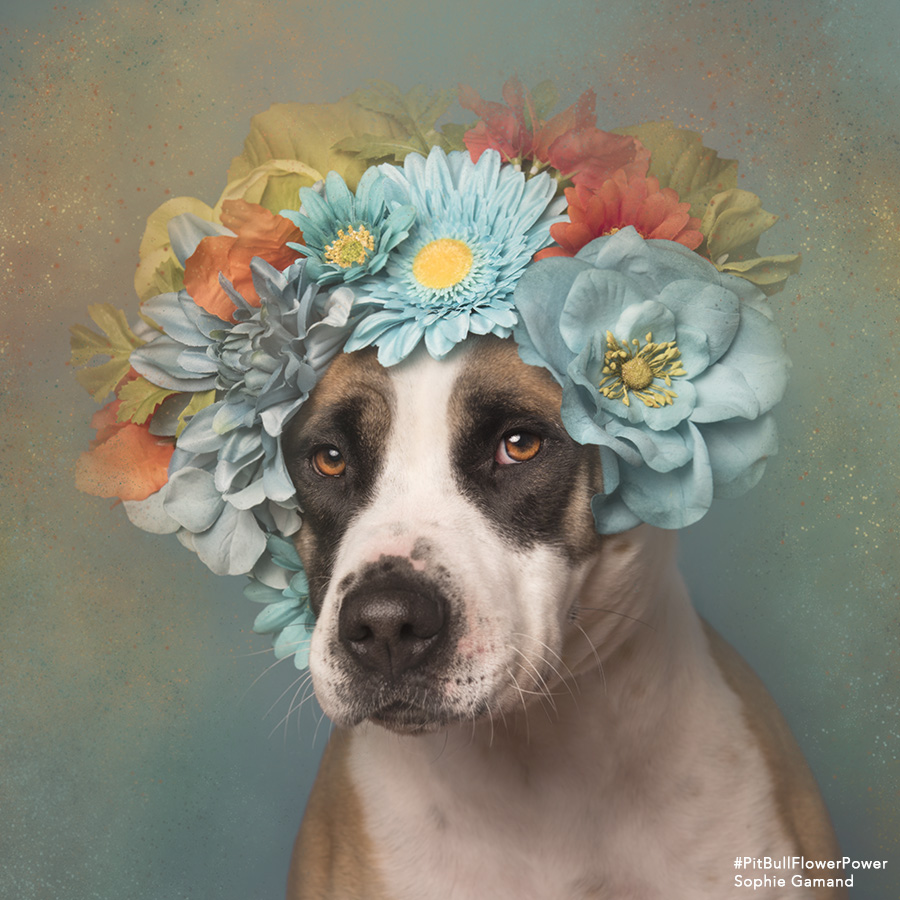 Not only has Sophie’s project already posed over 250 puppies, the talented photographer is actually offering all of her services for free! 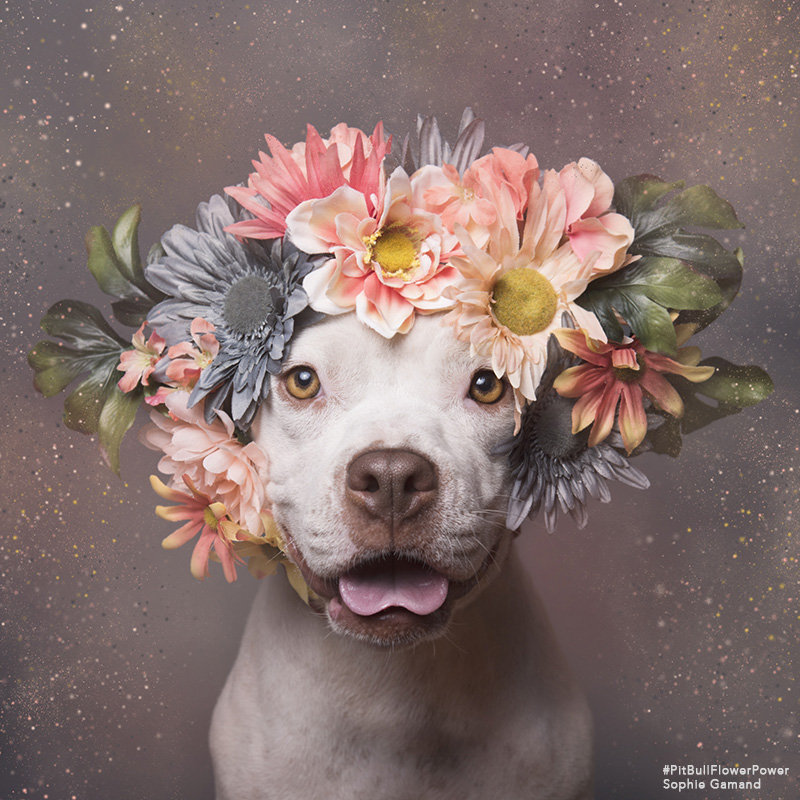 Apparently since “Pit Bull Flower Power” began, there has been a notable increase in followings and donations to shelters. Gamand keeps track which dogs she’s photographed that have been adopted and which are still waiting for homes. 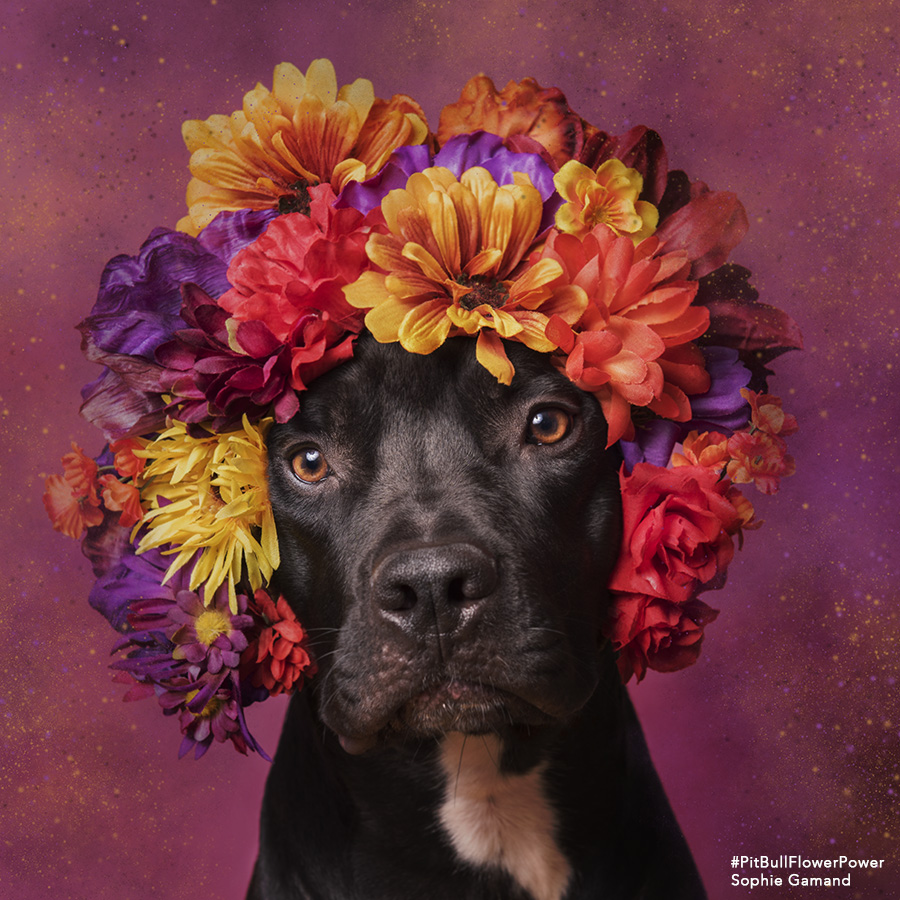 “Interestingly, the more I work with rescues, the more compassion I have for humans. Usually, it’s the other way around, because you see so much horror and abuse, you cannot help but hate the people who do these things. But I was always empathic to all beings. Seeing what we do with dogs, makes me see our own shortcomings, our loneliness, and how much thirst we have for love and compassion.” 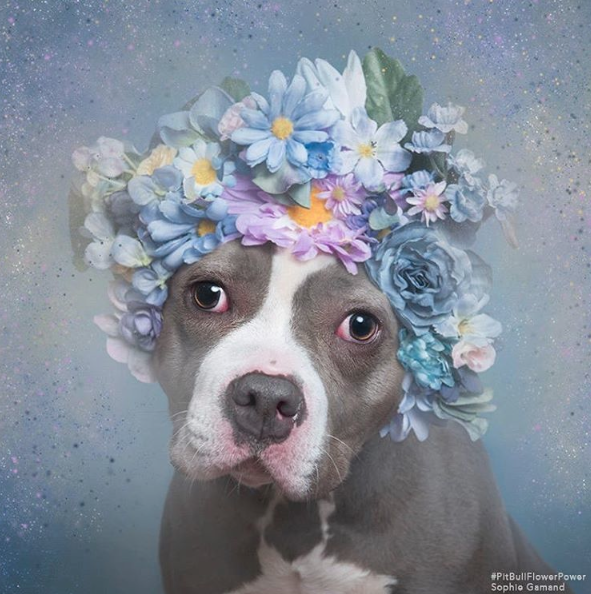 “I can’t tell you when I will stop doing what I do,” she says. “Maybe when there are no more animals being euthanized for no other reason than our own shortcomings? Or maybe when too many photographers will have the same idea and my work won’t be so special — or needed — anymore!” 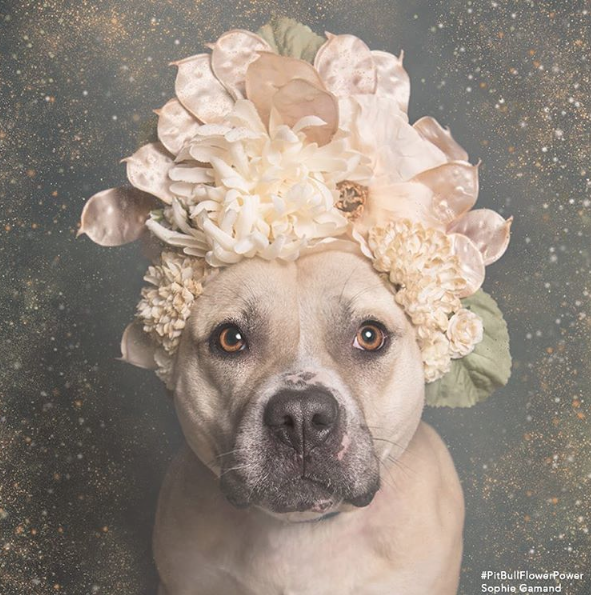 “To think that a couple of years ago I was ready to give up! The only thing that kept me going was photographing shelter dogs. I guess they gave me back more that I could ever imagine.”