A group of kind people were shocked when they discovered two Samoyed dogs, whose owners had dyed them pink, abandoned in the forest.

As puppies, they had been used as props in a seaside resort town in Russia. Their owners had been charging tourists to have their photos taken with them.

But then they got too big and the owners couldn’t be bothered with taking care of them, so they were abandoned in a forest with no food or water.

The pair soon became separated, but eventually volunteers were able to rescue them both and transport them to a shelter in Moscow.

But they had sustained several injuries. Both dogs also suffered from inflammation and eczema, which may have been caused, or at least exacerbated. by the pink dye. During the initial examination, a vet also found and removed pieces of shrapnel from one of the dogs, and discovered the other had been shot in his ear. 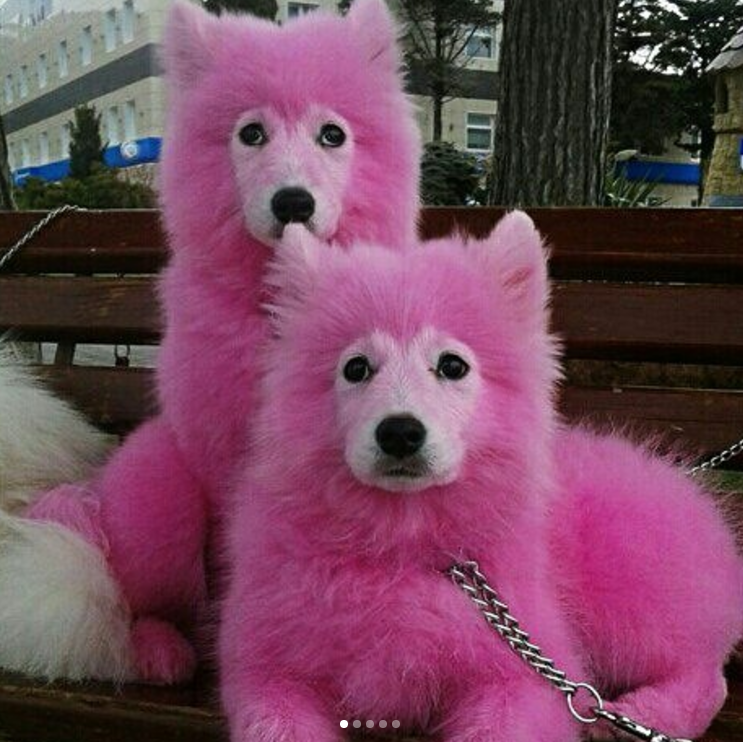 Police were notified and launched an investigation into this horrific case of animal abuse. Activists continue to urge residents and tourists not to support this couple’s business, who were seen with a new set of colored puppies. 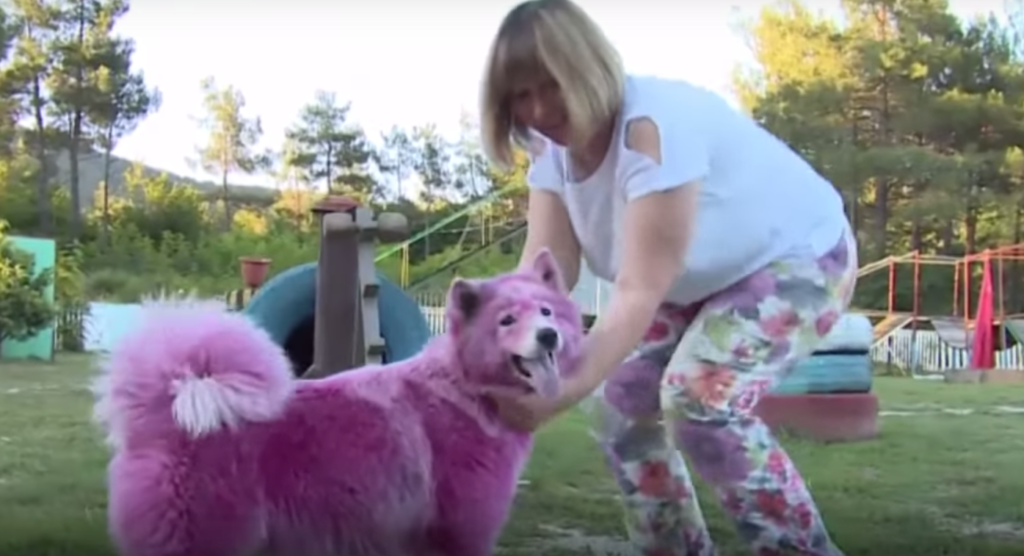 The Samoyeds are timid but “very tender, obedient and kind,” reported one of the volunteers who transported the pair to Moscow.  They were finally able to have the care they deserve and were adopted into a forever home. 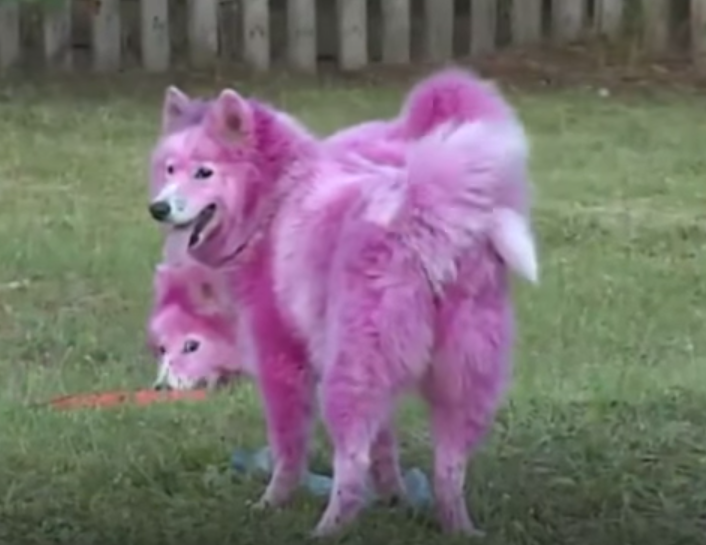 Watch the video below to see these sweet pups playing and taking advantage of their new leases on life.

Share to spread awareness and create a kinder world for animals everywhere!