There is something about this picture of my daughters at the beach that tugs at my heart.

It could be how small they seem against the vast, picturesque backdrop.

It could be how independent they appear, out there in the water, far from me and the safety of shore.

It could be the story behind the picture. 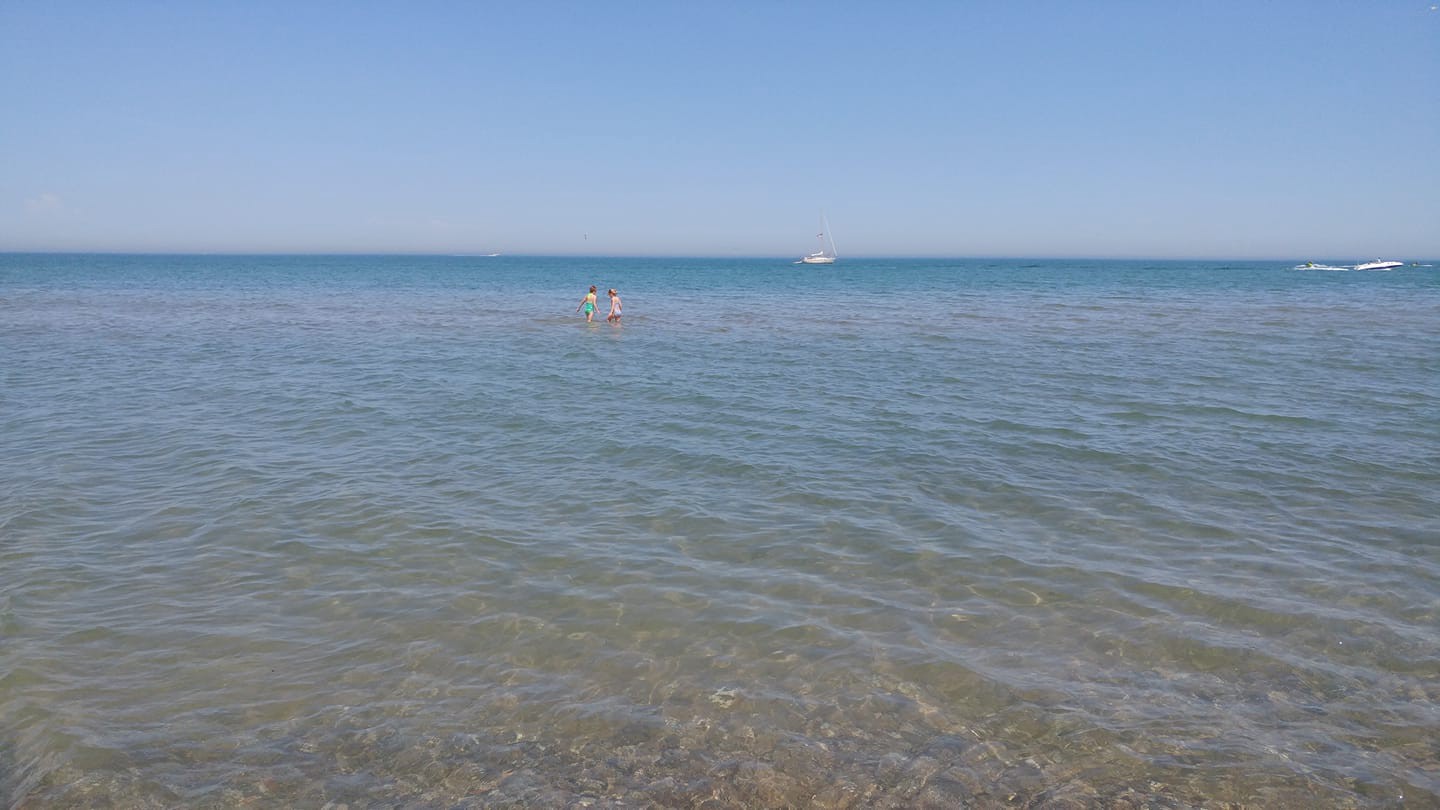 That this vacation was the first time I felt comfortable letting my kids go so far from the shore without me. At one point, it was just me sitting on the sand watching my three kids out in the water, without overwhelming worry or anxiety. I was able to enjoy the moment.

That it was the more timid of the two who bravely ventured out to the sandbar first. While the one who is usually more daring and adventurous (but is not as strong of a swimmer as her sister) doubted her ability to make it through the deeper section, her sister went back and held her hand, guiding her.

That at one point I thought my two girls — twins but complete opposites in personality — would never be friends. They were like oil and water when they were younger. I went so far as to put a saying up on the wall of their shared bedroom in hopes of instilling in them, “Because I have a sister, I always have a friend.” Over the past few years, they have grown closer and, now, finally they have the friendship I wished for them. I see it in this picture.

I see it all in this picture.