Phil Mickelson is setting quite the standard for dad’s, after giving up his shot at the US Open so he could attend his oldest daughter’s high school graduation. “As I look back on life, this is a moment I’ll always cherish and be glad I was present,” Mickelson, 46, said. 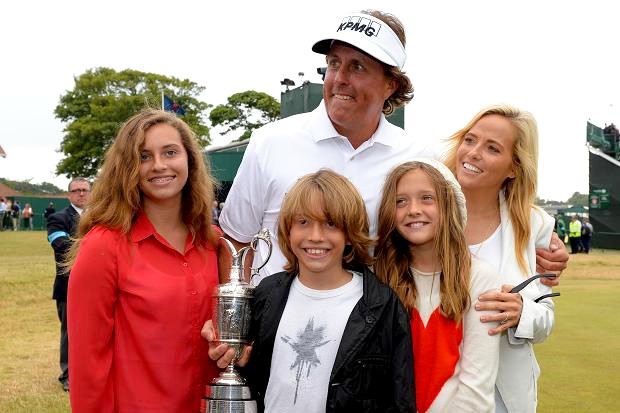 Mickelson did not make the decision lightly, though it was an easy call for the father of 3. The pro golfer has always dreamed of winning the US Open, a feat he has yet to achieve, that would set him among the ranks of golfing legends like Tiger Woods and Jack Nicklaus.

His wife and daughters even reassured him that the US Open was a good reason to miss his daughter’s graduation, but he would hear none of it. 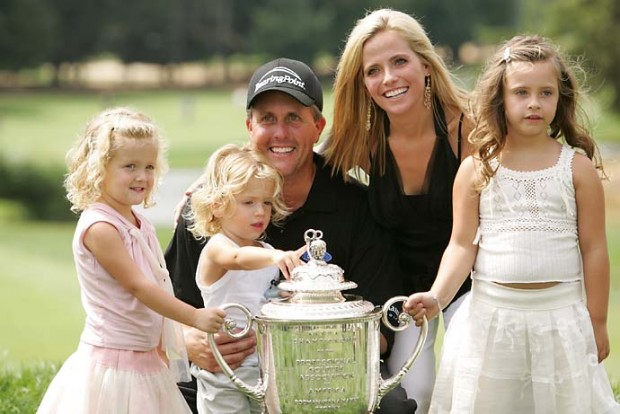 Mickelson will have the privilege of watching his daughter receive her diploma and also give the commencement speech at graduation.

“She’ll be the one speaking about all the kids in her class, many of whom we’ve known since preschool,” Mickelson’s wife, Amy, said. “We’re very close to a lot of the families, so it’s going to be really special.”

Fans and other professional golfers are so upset, they even started a petition to have his daughter’s graduation ceremony moved to a different day.

On behalf of golf fans everywhere, I am requesting to see if there is ANY WAY possible to reschedule your graduation ceremony to Wed June 14th (or before) to allow Phil Mickelson to play in this year’s U.S. Open and continue his quest for the career Grand Slam.

For Phil not to play to see Amanda speak is absolutely beautiful and shows the kind of caring father and family man he is, but if there is ANY WAY POSSIBLE to move it to the day before, I and MILLIONS of golf fans everywhere would GREATLY appreciate it!

The school has yet to comment or respond to the petition but it has racked up over 200 signatures already!

One thing is for sure, Mickelson proves a very important point… sometimes giving up a dream just means you get another in return.