Viral trends come and go, often in the blink of an eye. But the Ice Bucket Challenge was more than a fleeting internet phenomenon; it became a movement for good.

The challenge kicked off in 2014, sparking an unprecedented spike in public awareness of amyotrophic lateral sclerosis (ALS), also known as motor neuron disease or Lou Gehrig’s disease. The progressive nervous system disease causes nerve cells to break down, leading to muscle weakness, paralysis, and eventually, death. There is no cure. 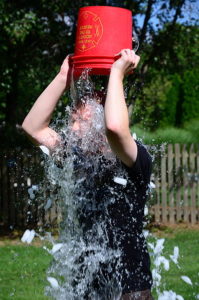 The world will never forget the man whose valiant fight with ALS inspired the Ice Bucket Challenge’s success. Pete Frates, the movement’s face and driving force, helped raise more than $200 million for ALS research before he passed away yesterday, December 9, 2019. 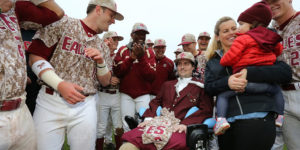 In 2007, Pete was at the peak of his health and captain of Boston College’s baseball team. He was a lifelong Red Sox fan as well. One of his most cherished memories was of the day he hit a home run at Fenway Park. 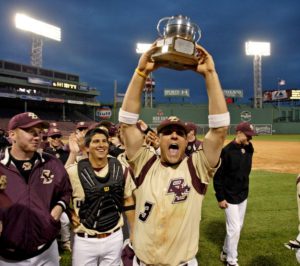 After graduating from college, Pete played professionally in Germany, then for a men’s league back in the States. In 2011, he met his future wife, Julie — eight months before he received the devastating diagnosis. 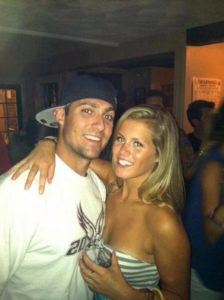 It started with a baseball injury. A ball hit Pete on the wrist. It didn’t heal. Months of testing and doctor’s visits revealed the 27-year-old had ALS. The disease eventually stole his ability to speak, move, and eat. But it couldn’t take away his fighting spirit or his family’s love. He wasn’t ready to give up. Neither was Julie, who married Pete in 2013 and welcomed their daughter Lucy into the world a year later. 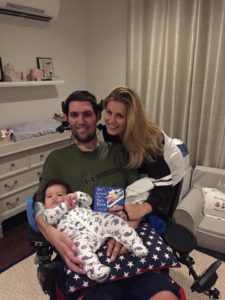 Pete dedicated the rest of his life to championing ALS awareness. And he began making an incredible difference the day he heard about the Ice Bucket Challenge from Patrick Quinn, a friend and fellow ALS patient. 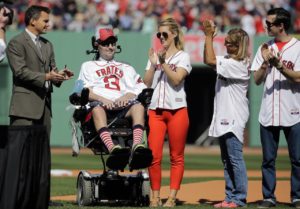 The challenge involves either pouring a bucket of ice and water over one’s head or making a charitable donation to the ALS Association. Afterward, participants then nominate others to take part on social media. Patrick’s challenge to his Facebook friends caught Pete’s attention, and in August 2014, he participated with his family, who poured the water for him.

While the challenge didn’t start with Pete, it turned into a nationwide sensation because of his video. Soon, thousands were sharing footage of their own challenges in his honor, including sports teams, celebrities, politicians, and other prominent figures. The ALS Association received millions of dollars in donations, which helped fund its discovery of a new ALS gene in 2016.

“Pete Frates changed the trajectory of ALS forever and showed the world how to live with a fatal disease,” the ALS Association wrote on Twitter. “His efforts to lead the Ice Bucket Challenge had a significant impact on the search for treatments and a cure for ALS.” 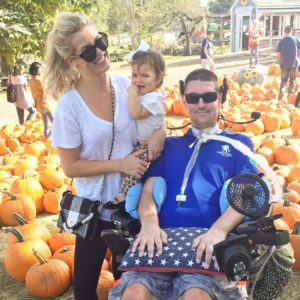 Pete died at 34 years old, having inspired countless people around the world with his hope, strength, and resilience in the face of adversity.

“He was a noble fighter who inspired us all to use our talents and strengths in the service of others.” his family wrote in a statement released by Boston College. Rest in peace, Pete. You’ll always be a hero to families touched by ALS — and everyone else.

Learn more about Pete’s legacy in the video below, and share to celebrate his life.