In the United States Marine Corps (USMC), there is a tradition called the “First Salute” (also known as the “Silver Dollar Salute“) where a newly commissioned officer selects an enlisted servicemember to give them their first salute. Typically, the officers select a mentor, instructor, or family member who made a significant impact on their journey or decision to join the USMC.

When Charlotte Williams was commissioned as a 2nd Lieutenant, she chose her grandfather to give her her first salute. Her grandfather, James Williams, is a retired Staff Sargeant of the USMC. 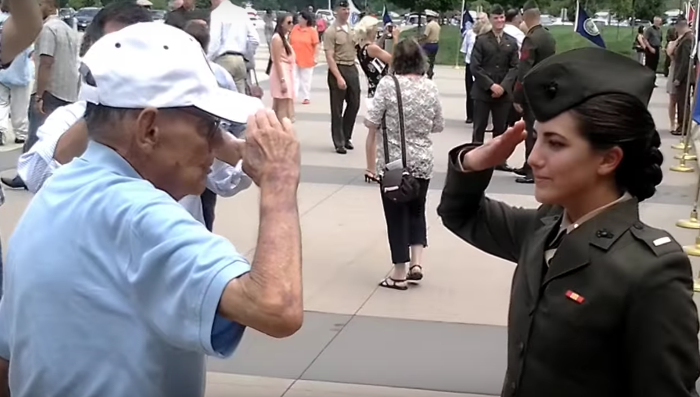 After her commissioning ceremony was complete, Lt. Williams stepped outside of the National Museum of the Marine Corps in Quantico, Virginia, to have her grandfather honor her with the salute. Her grandfather felt equally honored to have the privilege to do so, which he made clear during his speech when he requested “permission to hug” his granddaughter. 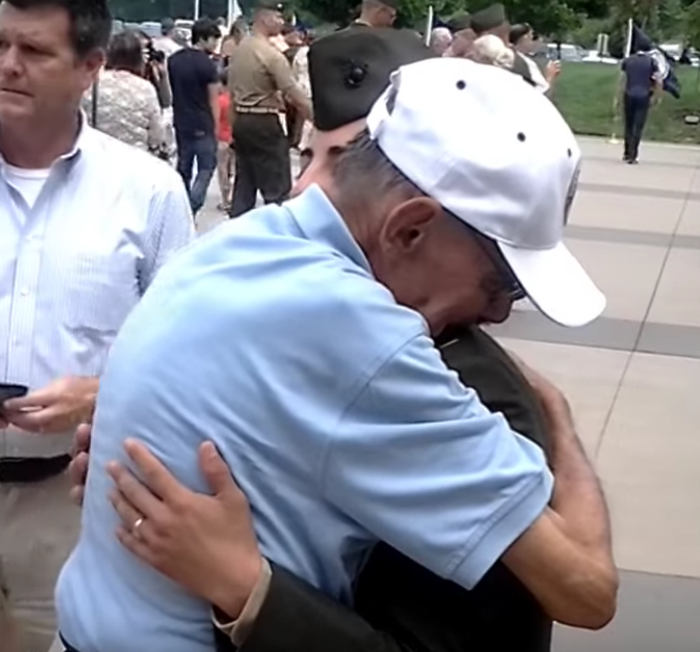 A video of Lt. Williams’ First Salute was shared online and people are loving it. Some people have shared stories of their own First Salutes in the comments section – while others simply note how pure and sweet the exchange is. 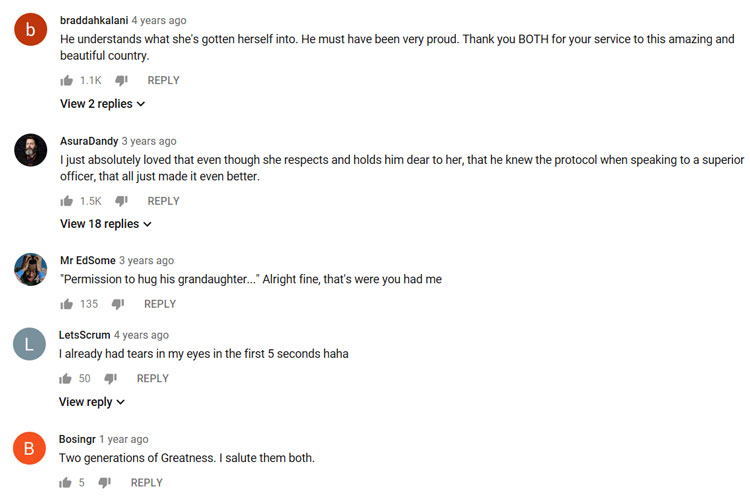 The attention the video is getting is definitely warranted. It’s hard not to tear up watching Lt. Williams hug her grandfather tightly as he gives her a kiss on the cheek. When they finish hugging, she looks at him with a wide smile and simply says, “I’m glad you came”. It’s clear, though, that Sgt. Williams wouldn’t have missed this opportunity for the world! 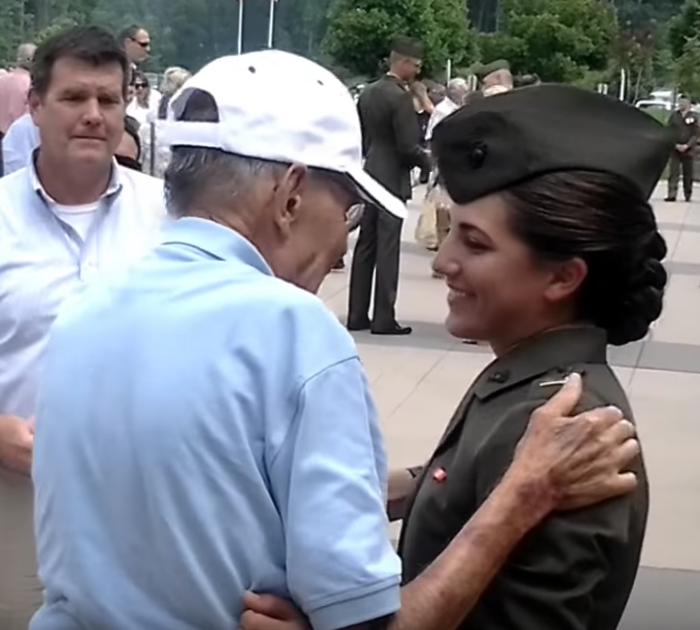 Watch the beautiful salute in the video below – and be sure to share with your friends!