They say laughter is the best medicine. And as it turns out, it also makes a fantastic gift!

When a woman named Joyce was coming up on her 70th birthday, her daughter thought it would be nice to give her a digital card of sorts to celebrate the wonderful occasion. So she recruited two of her mom’s friends, asking them to send Joyce a video wishing her a happy day. Of course, they agreed, but the task turned out to be much harder than they’d anticipated. 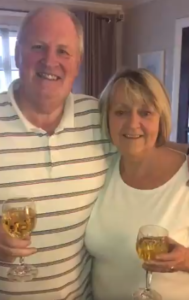 They enlisted the help of Paula Ramsay, their own daughter, who learned pretty quickly that her mom and dad are incapable of staying serious on camera. They kept attempting to get through their simple message, but time and time again, they failed. The results were so hilarious that Paula couldn’t resist sharing them with the world.

She uploaded take after take to Twitter, and in every one, the adorable pair dissolves into a helpless fit of laughter a few seconds in. 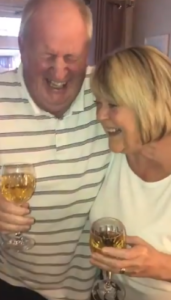 It’s no good. These two just can’t stop laughing. Paula’s mom even promises in one video that they are drinking apple juice — which only sets them off again. 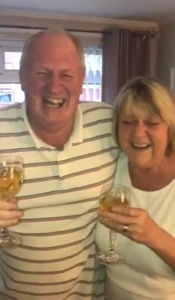 After making at least six attempts, Paula gave up on her giggling parents. Although she concedes their efforts weren’t wasted. How could they be? They’ve since brought joy to thousands!

“So… this took off more than I expected,” Paula wrote later. “My mum’s now in hiding, and my dad’s cutting about Aldi in a baseball cap and sunnies.” 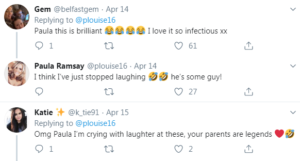 As far as we’re concerned, the recordings turned out to be even better than a traditional birthday message. Their contagious laughter is a gift in itself. Keep having a good time together, you two! Any couple would be lucky to have a relationship as fun as yours.

Check out their hilarious attempts in the compilation below, and share to spread the smiles.

Couple Struggle To Hold Back The Laughter During Happy Birthday Video

This couple seriously struggled to record a birthday message for their friend ??